Track star Sydney McLaughlin etched another log in the history books at the World Athletics Championships on July 22: The 22-year-old set the world record in the 400-meter hurdles in Eugene, Oregon, breaking her own record in the process and winning her first world championship title in the event.

If that’s not wild enough, this is actually the fourth time in 13 months that McLaughlin set a new world record in the event, and the third time in just under a year that she broke the world record by bettering her own previous best mark. In June of 2021, McLaughlin broke the record at the US Olympic Trials, smashing the mark set by hurdling star Dalilah Muhammad. Then at the Tokyo Games in August, she did it again. In 2022, her streak continued, as she broke her own mark at the USA Track and Field Outdoor Championships in June, a result she improved upon once again this week at Worlds.

“I think we’re pushing the boundaries of the sport, especially in our event,” she told ESPN after Friday night’s race.

In her latest record-breaking feat, McLaughlin finished the 400-meter event—which requires clearing 10 hurdles while sprinting—in 50.68 seconds, finishing well in front of the Netherlands Femke Bol, who earned second in 52.27 and USA’s Muhammad, who earned third in 53.13. McLaughlin’s time shaved 0.73 seconds off her previous record, and almost a minute and a half off Muhammad’s record from 2019. While this may not seem like a lot, it’s actually a ridiculous amount of time for a race that’s only a quarter-mile long.

Perhaps even more astoundingly given this progression, McLaughlin still believes there are things she can improve upon.

“I think we’re all figuring out that, yes, there are 10 barriers, but we can run them a lot faster than people think,” she told the New York Times: “I still think that wasn’t even a super clean race.”

Another shocker, considering her prowess? As she told SELF after breaking her first world record last June, she initially was not a big fan of her now-marquee event.

“I’ve grown to like it. I don’t love it, but I’ve grown to like it,” she said. “Growing up, I hated the 400 [meter distance]. I definitely thought I was going to be the short sprinter.” But, as she told SELF, a high school coach saw that her speed combined with her strength—necessary for clearing those hurdles—could make her a force to be reckoned with for that event. So she began to train for it.

The rest, as they say it, is history. McLaughlin now has two Olympic gold medals (one in the 400-meter hurdles, the other in the 4×400-meter relay), a world championship title in her hurdling event, and a world record she’s improved upon four times. Off the track, McLaughlin has launched a footwear and apparel collection in collaboration with New Balance, was named to the 2021 Time 100 Next, and landed an endorsement deal as a Tag Heuer ambassador.

As for what comes next? McLaughlin’s not quite sure, but she and her coach, Bob Kersee, may regroup after this season to determine whether an event switch to the flat 400 meters—and possible world record chase in it—is in order, according to NBC Sports.

“Me and Bobby are going to go back after the season, decide if this [400m hurdles] is still an event I even want to do, or if we’re going to find something else because I think we’ve accomplished so much in it. But there’s more to the sport and there’s more I want to try.” McLaughlin said to NBC Sports in a post-race video. “Anything is possible.” 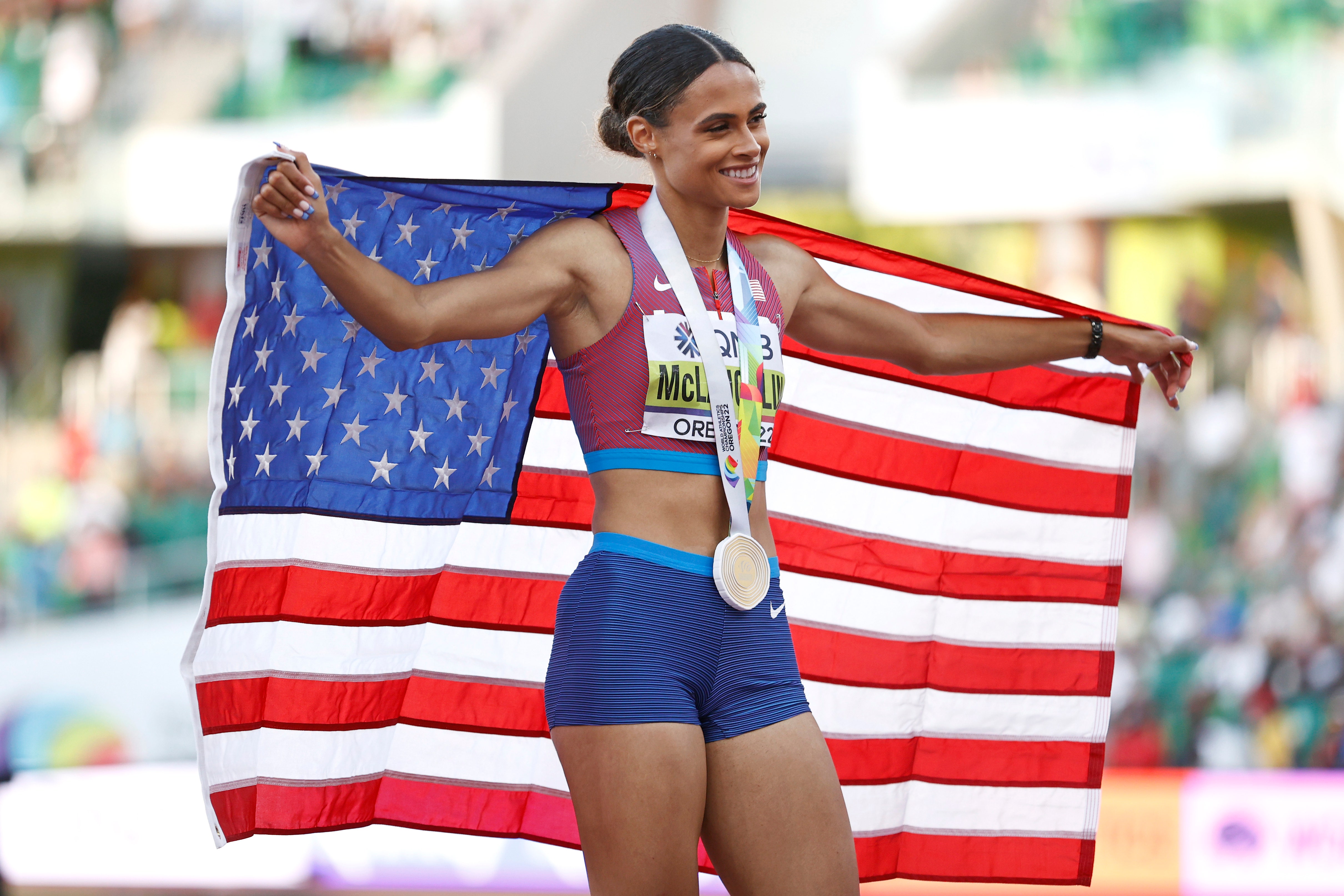 Sydney McLaughlin Has Shattered Her Own World Record Once Again

How to nail a UK staycation

4 Major Differences Between Strokes and Migraines

21 Creative Gifts for the Friend Who Has Everything

Sydney McLaughlin Has Shattered Her Own World Record Once Again Related Posts: