What does onscreen intimacy look like in the age of COVID-19? Different than it did before, that’s for sure. KJ Apa, one of the stars of Riverdale, shared a video on Instagram this week in which he gave his followers an inside look at one of the safety measures the show’s cast members are taking to prevent the spread of the coronavirus on set.

“Our new normal is washing our mouths before every take of a make-out scene,” Apa captioned the video in which he and costar Camila Mendes toss back small cups of what is presumably mouthwash. Then they swish the liquid in their mouths for precisely one minute. About halfway through, an onlooker tells them they are “30 seconds in.” Then, 20 seconds later, the same person says they have “10 seconds to go.” When the time is up, Apa and Mendes both spit the liquid into small plastic bags.

Riverdale recently resumed shooting seasons four and five of the show in Vancouver, SELF previously reported. The cast and crew quarantined for two weeks upon arrival, and will remain in Vancouver until Christmas.

The actors are right to be wary of swapping spit right now. Experts believe that COVID-19 spreads mainly through respiratory droplets produced when someone coughs, sneezes, or talks, according to the Centers for Disease Control and Prevention (CDC). Needless to say, kissing allows respiratory droplets to transfer directly between two people’s mouths, making virus transmission all the more likely. So does a pre-kiss mouthwash gargle really make a difference?

It’s unclear what type of mouthwash Apa and Mendes were using in the video, and there is no current evidence that mouthwash would effectively stop the spread of COVID-19 from one mouth to another during a kiss. Remember that respiratory droplets can also spread from nose to nose or nose to mouth, particularly when two people are within six feet of each other. It’s safe to bet that for their onscreen kiss, Apa and Mendes will be much closer than that.

So while this kissing procedure is one preventive measure the Riverdale cast and crew are taking on set, there are plenty of other ways the virus could spread during intimate scenes. Still, we commend the creativity! 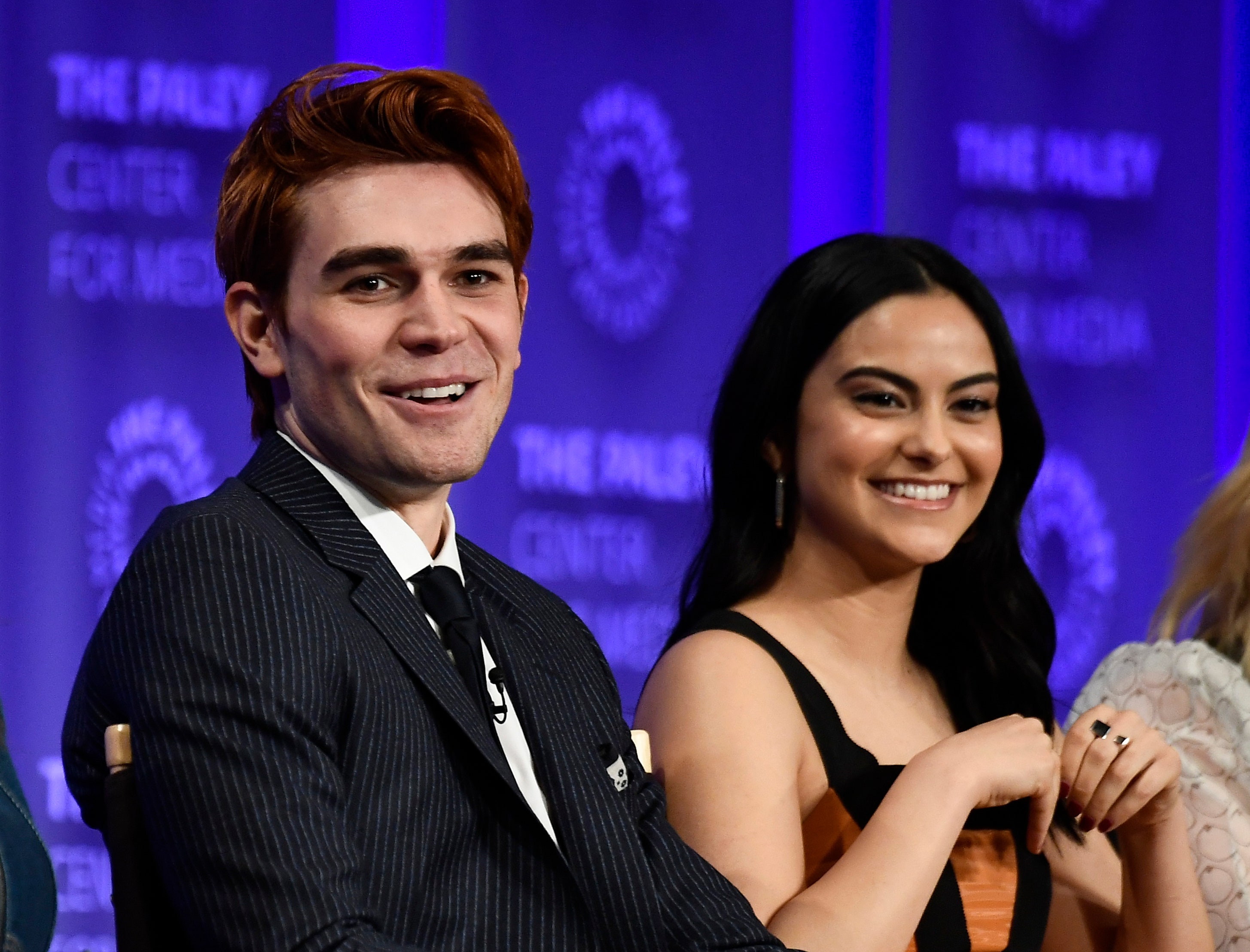 When to Worry About Heart Palpitations

KJ Apa Shared a Video of How Riverdale Stars Do Kissing Scenes During COVID-19 Related Posts: