The most decorated active U.S. Paralympian just added one more medal to her collection. Swimmer Jessica Long won gold on Saturday in the women’s 200-meter individual medley (IM) in the SM8 classification (a classification for physical impairment) at the 2020 Tokyo Paralympics. It’s her fourth straight victory in the event, meaning she’s earned gold in it at every Games since 2008.

“I’m over the moon,” Long told the Olympic Information Service after the final, according to NBC Sports. “That’s what I really wanted going into these Games was to have a four-peat in the 200 IM. Just really proud of myself.”

Long made her Paralympic debut in Athens at age 12, where she won three golds, and has competed in every Games since. Long now stands as the second-most decorated U.S. Paralympian in history behind swimmer Trischa Zorn, who holds a whopping 55 medals, reports NBC Sports.

For Long, competing in five Paralympics has been an increasingly thrilling journey. “As a 12-year-old when I won my first gold in Athens, I wanted people to know what the Paralympic games were,” Long said, per Team USA. “Each year the excitement and the build-up for the Paralympics Games has grown more and more. Here in Tokyo, this is one of my favorite Paralympics I’ve ever attended.”

Beyond her prowess in the pool, Long, a bilateral below-knee amputee, is committed to changing the narrative that people with disabilities are inspiring for simply living their lives. As she told SELF previously, while she has patience and compassion for questions related to her disability—both in real life and on social media (she has one million followers on Tik Tok)—she feels frustrated by those who are impressed by her regular day-to-day. “That shouldn’t be inspiring,” Long said previously. “But I love being an inspiration for my accomplishments.”

Speaking of accomplishments, Long has three more opportunities to add to her hardware haul before the end of the Games. In the coming week, she will compete in the 400-meter freestyle S8, the 100-meter breaststroke SB7, and the 100-meter butterfly S8. 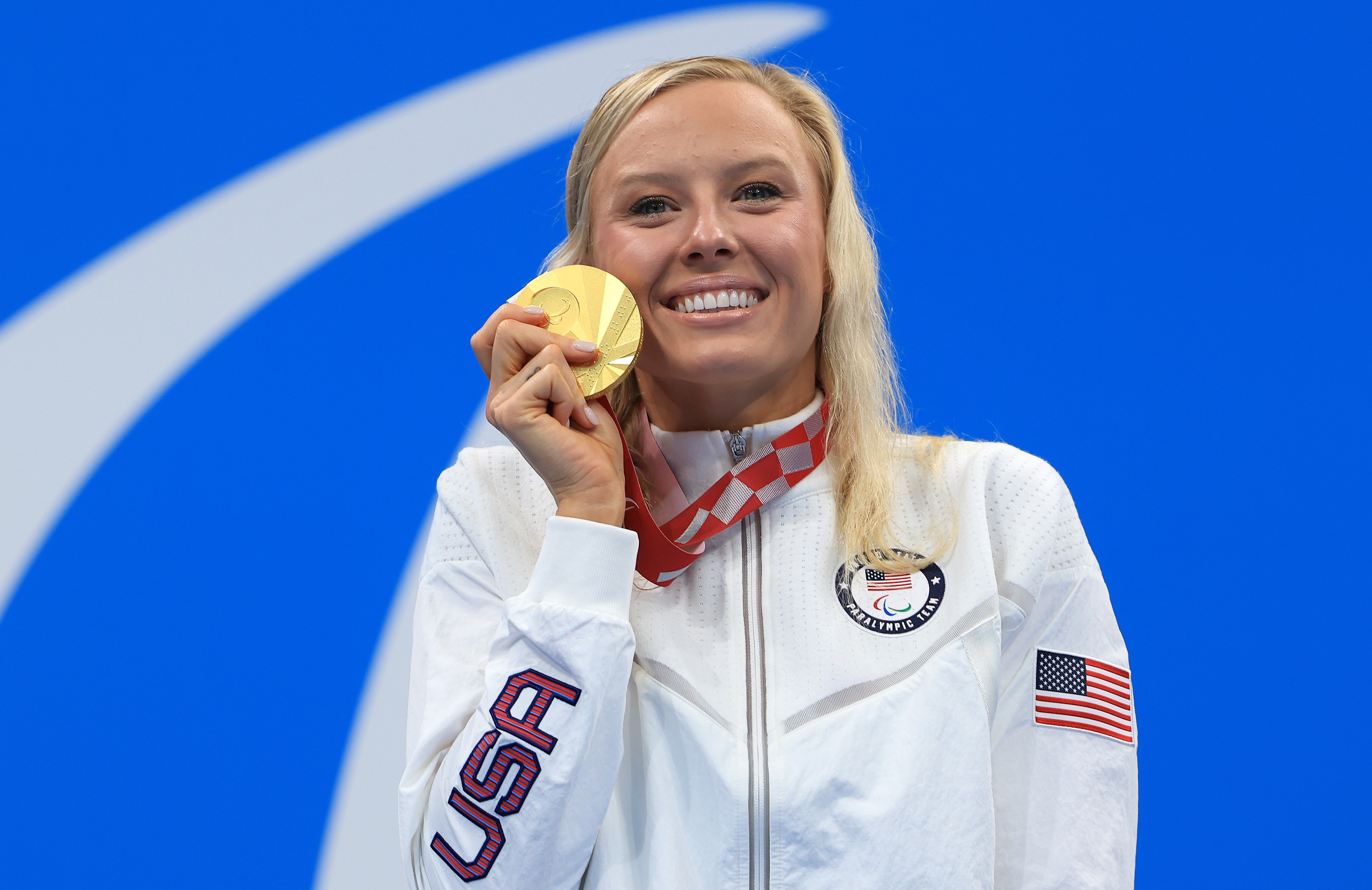 The Best of Tiny Love Stories