Heidi Montag revealed that she recently underwent surgery to remove polyps from her uterus. In a YouTube video posted this week, Montag shared that she was undergoing the procedure, which is called a hysteroscopic polypectomy, in the hopes of improving her chances of getting pregnant again.

The video documents the day of Montag’s operation. It shows everything from her husband Spencer and their son Gunter at home the morning of the surgery to Montag in the post-op recovery room. Throughout the day, the Hills alum candidly reflects on how she is feeling. “I’m ready to go. I was feeling nervous last night about it, but I’m excited today,” Montag says outside the hospital.

Montag also shares her hopes for the outcomes of her procedure, during which doctors remove tissue growths (polyps) on the inner wall of that uterus that can be associated with infertility. “I’m hoping that the surgery works and that this is the only reason I haven’t been able to get pregnant,” Montag explains in the video. “Hopefully after this, I can get pregnant right away,” she adds before being wheeled into the operating room. “But I’m just reflecting, and I’m so thankful I didn’t have other problems and complications from this like I’ve heard friends having and different stories.”

Difficulty getting pregnant is one of the main signs of uterine polyps (also called endometrial polyps), according to the Mayo Clinic, along with irregular or extremely heavy periods and spotting. And while some evidence suggests that removing the polyps might help the person get pregnant, the Mayo Clinic notes that the research is not conclusive.

Doctors aren’t sure why people get uterine polyps, but hormones (like estrogen) do seem to play a role in their growth, the Mayo Clinic says, while risk factors include having high blood pressure and being perimenopausal or postmenopausal. The polyps, which are cell overgrowths that can range in size from a few millimeters to a few centimeters, are typically noncancerous. However, they can sometimes be cancerous or precancerous (meaning they could develop into cancer).

After confirming that a patient has uterine polyps (with physical exams or imaging tests) and testing a sample of the tissue to make sure they’re not cancerous, treatment may include watchful waiting, hormonal medications to help manage the symptoms, or surgical removal.

People who have precancerous polyps, severe symptoms, or difficulty getting pregnant may opt for a procedure like Montag’s. During a hysteroscopic polypectomy, the surgeon inserts a thin, lighted, telescope-like tube (called a hysteroscope) to access the uterus through the cervix, the American College of Obstetricians and Gynecologists (ACOG) explains. Then the surgeon can insert other tools through the hysteroscope to remove the polyps. The procedure is very safe, according to ACOG, and after-effects typically only include mild cramping or bleeding.

After surgery and in recovery, a still-groggy Montag says she was “feeling really good” after her operation. “I’m just so happy to have this done,” Montag says. “I have no cramping, and the anesthesia felt great.” Montag isn’t anticipating a particularly rough recovery, either. She says she expects to have “a little bit of bleeding for the next few days” and isn’t supposed to pick up anything heavier than 20 pounds. “Then, I should be good to go,” she says. Montag is optimistic that she will get pregnant very soon. “I can have intercourse in two days,” she explained, “and I’m ovulating, so hopefully this is the time.” 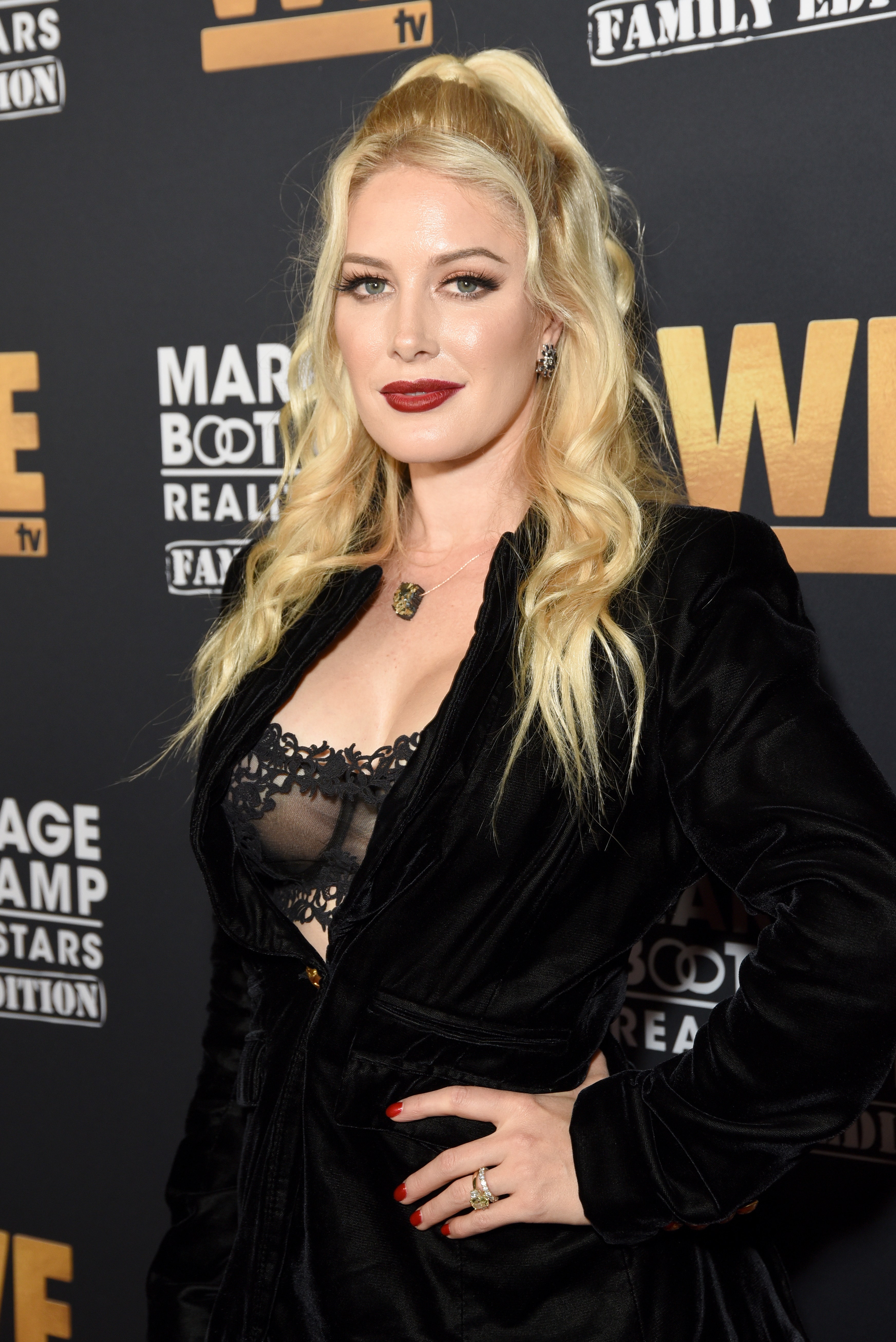 Heidi Montag Reveals She Had Surgery to Remove Uterine Polyps

Here’s Why I Stopped Making ‘Healthy Swaps’ at Thanksgiving

How to avoid Christmas weight gain