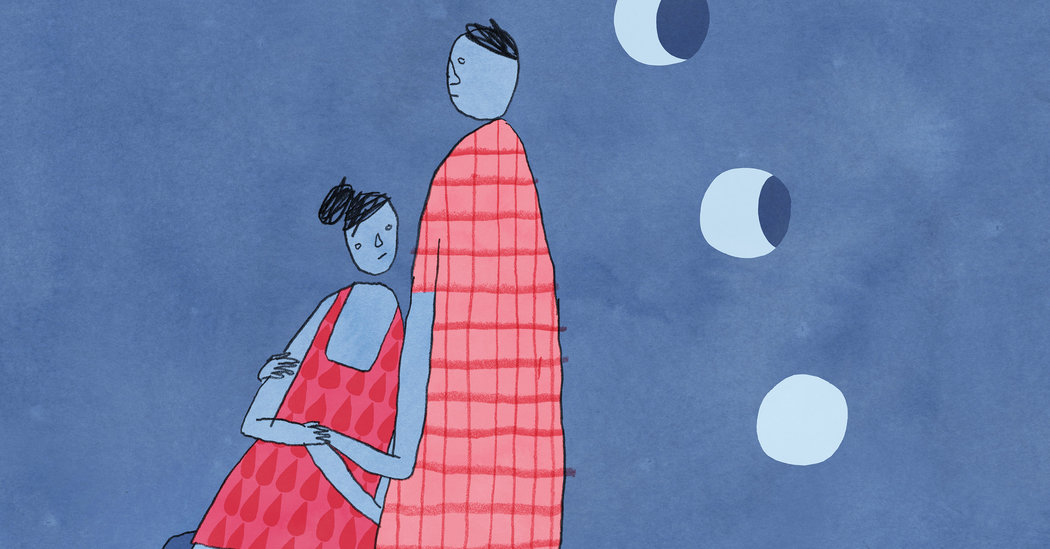 Bryan and I had been together for two months, and I sometimes asked him fun and engaging questions such as: “You’re comfortable with who you are? With your body? There’s nothing I should know?”

I told myself I was just being proactive, asking the tough questions my mother should have asked my father.

[Sign up for Love Letter, our weekly email about Modern Love, weddings and relationships.]

Seven years earlier, when I was a freshman in high school, my father brought me hot chocolate and a brownie and directed me to sit with him at the dining room table. He pulled notecards from his pocket and stared at them. He spoke haltingly. “This isn’t who I am,” he said.

This was in 2003, 12 years before Caitlin Jenner came out and two years before Oprah interviewed Jennifer Finney Boylan on air. My father tried to explain it — that he’d been born into the wrong body, that he identified as a woman, that he had felt this way for as long as he could remember.

I didn’t yet know the word transgender, and my father couldn’t yet bring himself to say any of these things directly, so I had no idea what he was talking about until my mother spelled it out for me later that day, saying, “Dad feels he’s a woman.”

And there it was in black and white. Life-changing. Inescapable.

Sixteen years have passed since that moment, and over time our relationship has stretched, morphed, rebounded. We’ve grown closer. But it hasn’t been without consequences.

When I was 22, a friend introduced me to Bryan. We met for lunch in a small group at a sandwich shop wedged into an outdoor strip mall. He talked a lot and addressed me directly only once. He told a story from high school in which, as a prank concocted with his friends, he showed up at his teacher’s house in black boxer shorts with duct tape wrapped around his body, pretending he’d been kidnapped.

I thought he was reckless; he thought I was a snob.

“You were so quiet,” he said a year later. “And you never took your sunglasses off.”

We hugged goodbye, a clumsy exchange in which I bumped into his chest as his long arms wrapped around me, and at that moment it felt as if all the cells and organs inside me flipped over. My body knew something the rest of me didn’t.

I gave him my phone number.

I thought I had adjusted well to my family’s new reality. I’d gotten good grades during my parents’ divorce, our move from Minnesota to California, and my father’s transition. I didn’t self-medicate with drugs or alcohol; I took AP exams and went to college. I liked my father’s girlfriend, and we all got together for holidays and played board games by the Christmas tree. There were no dramatic scenes, no Jerry Springer-like confrontations.

But it’s hard to know how such things have affected you. For me, one slow-release consequence of my father’s transition was the fear that my boyfriend would have a secret, too.

Bryan didn’t do anything to make me fear he was keeping some part of his identity hidden, but neither had my father.

It was hard not to run through possibilities. Addiction? Other girlfriends? Sexual identity? The scenarios that felt related to my father’s secret, things that lay at the intersection of identity and gender, felt the most scary and most possible.

I wondered about my boyfriend’s masculinity. Was it real? Was it enough? Was my sense of what makes someone a man skewed by having grown up with a father who had her femininity to hide and her masculinity to prove?

Before my father came out, I thought masculinity looked like baseball on TV, Coors Lite in the hand, and anger and unhappiness lurking beneath the surface. Throw in a crew cut, stoicism and frequent shouting, and as far as I was concerned my father embodied the essence of manhood.

I didn’t yet know that the anger was a side effect of the strain of my father’s smothered identity, nor did I know how that anger would begin to fade during her transition. The crew cut and Coors Lite went away, too, replaced with a blonde bob and IPAs. Her love of baseball remains.

My boyfriend’s outward display of gender was different. He got choked up during scenes of heroic sacrifice and sappy father-son moments in movies. He was a sucker for United States Army commercials. Unafraid to show affection, he would hug his guy friends and had no qualms about saying he loved them.

He wasn’t afraid to say he loved me, either.

In a darkened movie theater, seconds after the end of “The Social Network,” with his arm around me and my shoulder wet from his perspiration, he said, for the first time, “I love you.”

Confused, I said, “Is this related to the movie?”

Over time, it got easier for me to say it, too.

I understand why my father kept her identity hidden for so long. If she hadn’t been born in the ’50s and had more accepting parents and siblings, if the rigid views and definitions of gender had been softer, if she had known a name for what she felt back then — maybe things would have been different. But given the constraints of her situation, she did what she felt she had to do: play the part. She did it to perfection, until she couldn’t.

I understand all of this. And I can see how my father’s transition helped her become a better, happier person. There’s less shouting, less anger. She’s easier to talk to and our relationship is stronger. I support her transition. But when your parent shifts identities so drastically, so unexpectedly, it shifts something in you too. If the people you love can change their names, bodies, identities — if these things that seem inalterable can be altered or even erased — can anything be counted on? Can anyone be believed?

Time with Bryan was easy, his happiness infectious, but within our relationship I harbored a fear that he, too, could reveal a secret that would change everything. The potential was always there. Feeling suspicious for me was an everyday thing. I had to work to keep from asking Bryan too often, “Are you sure there’s not something you need to tell me?”

During a late-night rainstorm a few months into our relationship, we curled up under blankets in the warm darkness of his bedroom and listened to the rain, the rare California thunder. I felt both vulnerable and safe, full of buoyant, bright happiness. Surely this happiness couldn’t last, I thought. I didn’t want to go home. He felt like home.

Bryan proposed to me in the mountains that border Lake Casitas. He knelt on the sun-splashed rocks as I stood looking at the water below.

“It’s a beautiful view,” I said, my voice quiet.

There are so many forms a personal evolution can take. For those around us, it can feel like betrayal. The kind of betrayal that can lead to anger, yes, but an anger that’s woven into compassion, understanding and love. The kind that changes your life and, for my parents, resulted in an amicable divorce.

Questioning Bryan hadn’t brought me peace. There was nothing he could say that would truly satisfy my fear. One day he may tell me a secret. There is no way to keep that from being a possibility. But over time, over dinners and movies and evenings and mornings, I began to realize I could learn to live alongside this possibility if it meant I could live alongside him.

On that day he proposed at Lake Casitas, with dirt and rocks beneath me and Bryan before me, I said yes, knowing full well that someday he may come to me with a secret. Knowing that the people we love may change and go down paths we can’t follow. Knowing that our plans can change, our expectations, our beliefs, even our genders.

My doubts have faded slowly over time. I still occasionally feel that urge to ask, “Is there something you need to tell me?” But mostly I feel awed by our ability and willingness to choose togetherness despite the unknown. And despite the known.

This is what it is to love someone. A changing, inconsistent, unpredictable someone. A human being just like me. Just like my father.

https://www.nytimes.com/2019/11/08/style/modern-love-father-transgender.html, GO TO SAUBIO DIGITAL FOR MORE ANSWERS AND INFORMATION ON ANY TOPIC

When a Dad’s Secret Changes Everything

6 Finnish happiness lessons we could all learn from

New Guidelines Urge Most U.S. Adults to be Screened for Hepatitis C

When a Dad’s Secret Changes Everything Related Posts: