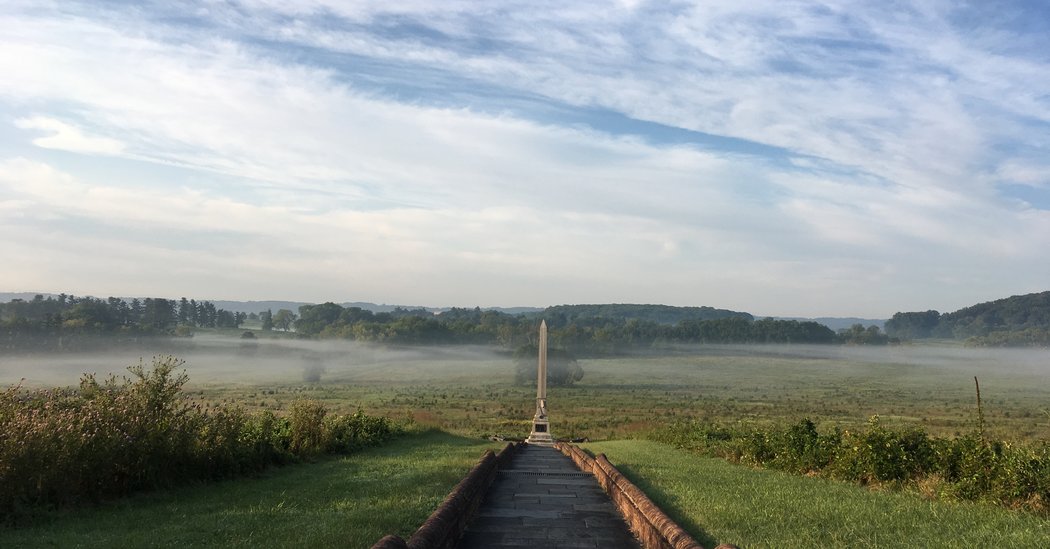 Welcome to the Running newsletter! Every Saturday morning, we email runners with news, advice and some motivation to help you get up and running. Sign up here to get it in your inbox.

Tomorrow, Aug. 25, is the 103rd birthday of the United States National Park Service. To celebrate, admission fees are waived and many parks are holding special events — why not use it as an opportunity to go for a run in a National Park site?

“A lot of parks, even some of the smaller historic sites, have nice walking trails or running trails that can be used for running,” said Kathy Kupper, public affairs specialist for the National Park Service.

If you’re unsure about whether you can run in a park, check the site’s website, or contact the park and ask a park ranger. Some might be too small and not have a place to exercise; other trails might look like they’re good for running — like Angels Landing in Zion National Park in Utah — but may be too crowded when you want to go, especially if you’re planning to hit them on Labor Day weekend.

Runners should also respect guidelines and warnings about wildlife, Ms. Kupper said. The most common injury at the Grand Canyon, for example, is not trips and falls but squirrel bites from people trying to feed the animals when they’re not supposed to, she said.

And if you’ve ever run the New York City Marathon, you may not have realized you were in a National Park site: It starts in the Gateway National Recreation Area.

More Health and Fitness News From The Times

Forward it to your friends, and let them know they can sign up here.

https://www.nytimes.com/2019/08/24/well/move/national-parks-running.html, GO TO SAUBIO DIGITAL FOR MORE ANSWERS AND INFORMATION ON ANY TOPIC

Want to Honor the Birthday of the National Parks? Hit the Trails

Feel Like a Kid Again at These Three Hotspots Around Town

Want to Honor the Birthday of the National Parks? Hit the Trails Related Posts: