How to (Literally) Drive the Coronavirus Away 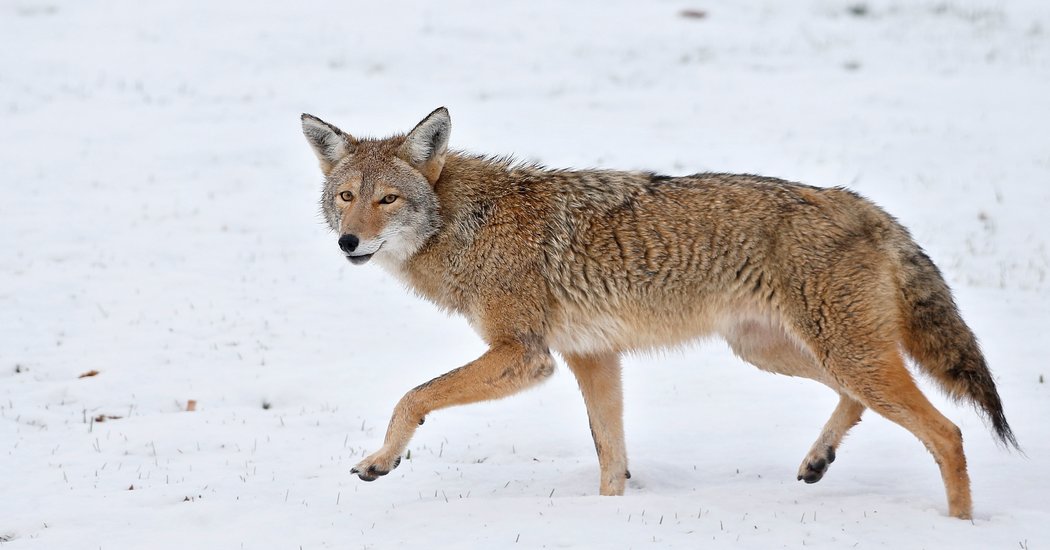 A coyote attacked a 5-year-old boy near the Peggy Notebaert Nature Museum in Chicago on Wednesday, sending him to the hospital.

He was in stable condition, the Chicago Fire Department reported.

Later that day, a coyote bit an adult man on the buttocks, according to news accounts. The man showed up at another Chicago hospital with a minor injury. Since a coyote had not been caught, it was not clear whether the same animal had assaulted both people.

The individual attacks, particularly of a child, are frightening. Although such events are rare, they are now common enough in major urban areas to be familiar. The reason is the extraordinary number of coyotes now living in the midst of densely settled cities.

Coyotes have long been present in much of North America, but since 1900 their range has grown enormously, expanding east, north and south. In more recent decades, they have moved into urban areas. Coyotes have been colonizing the canyons of Los Angeles at least since the 1970s. First seen in the Bronx in the 1990s, coyotes have grown in numbers on the streets of Manhattan, and have attacked children in the New York suburbs.

They have really taken to the Chicago area, with an estimated 3,000 to 4,000 coyotes in Cook County, according to Seth Magle, the director of the Urban Wildlife Institute at the Lincoln Park Zoo. He and his colleagues have been studying Chicago coyotes for about 10 years. Given the number of animals there, the attacks are extremely rare, he said.

Their relationship with humans is profoundly complicated. The day before the two attacks, the same Fire Department that took the little boy to the hospital rescued a coyote from Lake Michigan. Chicago Animal Care and Control cared for that coyote by taking it to Flint Creek Wildlife Rehabilitation. It tried to control the second by searching for it.

The reason coyotes move into urban areas seems to be that, like raccoons and white-tailed deer, they can adapt to living around humans. Other canids, like wolves, need space and bigger prey. Coyotes can survive on squirrels, mice, rabbits and birds, which make up most of their diet in Chicago, Dr. Magle said. They do not eat much garbage, unlike raccoons, but they do eat some. And by and large, they try to stay out of sight. They do remarkably well in cities, apparently having larger litters than they do in rural areas.

Also, they have similar taste to humans in terms of where they like to live. “Coyotes prefer the richer part of town,” Dr. Magle said, perhaps because they are attracted to bigger yards and more places to hide, or perhaps because of better access to garbage. They are, by nature, nocturnal.

“The nature of the urban coyote is to stay out of our way,” he said. “They’re really good at this magic trick of living in the heart of our cities while avoiding us.”

But not always. Anyone in a city where coyotes live has seen them during the day. In 2009, Stanley D. Gehrt and other researchers at The Ohio State University did an analysis of 142 reports of coyote attacks from 1960 to 2006, mostly from news media reports. In Chicago, there were 20 times as many news accounts of coyote attacks in 2005 as there were in the 1990s. About 37 percent of the attacks appeared to be predatory. Small children are most at risk in this kind of attack.

One question that scientists are asking about urban coyotes is whether they have become more bold, meaning more willing to try new things and take chances.

Roland Kays at North Carolina State University, one of the researchers looking into this question, said that coyotes are incredibly adaptable and that they have a great ability to assess risk. In rural areas, they are very shy around humans, “because a bold coyote is going to get shot.” But in a city, that is probably not an issue.

He suggested that people should not overestimate the danger from coyotes, pointing out that dog bites are overwhelmingly more of a problem than coyote attacks, but people are able to keep that problem in perspective and “don’t freak out when they see a dog.”

He said that in most cases, people should not be worried if they see a coyote, since almost all of the animals want to avoid people. But, he warned, keep an eye on them, and be particularly alert if you have small children with you or if the coyotes are acting strangely or approaching people. Rabies is not common in coyotes, but it can occur.

In some attacks, he said, humans had been feeding the coyotes, which makes them less afraid of people. Also, he said, people unwittingly feed coyotes when they put out cat food.

https://www.nytimes.com/2020/01/09/science/chicago-coyote-attacks.html, GO TO SAUBIO DIGITAL FOR MORE ANSWERS AND INFORMATION ON ANY TOPIC

Attacks by Urban Coyotes Are Rare, but Frightening

Maintaining your eye on the win

8 alternate rom coms you need to see this cuffing period

Attacks by Urban Coyotes Are Rare, but Frightening Related Posts: