Au Pairs Caught Between Work and a Pandemic 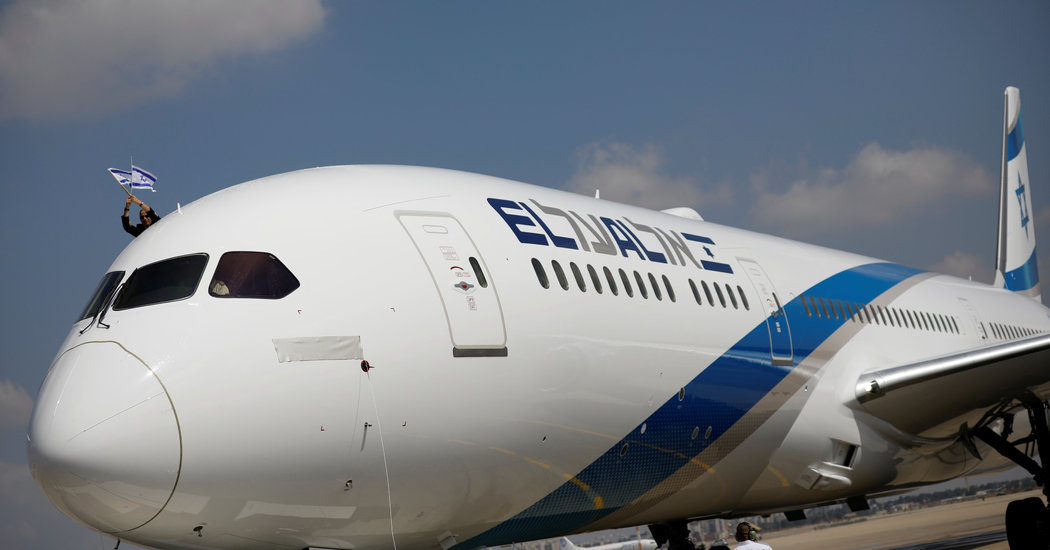 A flight attendant for El Al, the Israeli national airline, is comatose after becoming ill with the measles on a flight from New York City to Tel Aviv, according to the Israeli Ministry of Health.

The woman, 43, is suffering from the measles-related complication of encephalitis, or swelling of the brain, according to Eyal Basson, a spokesman for the Israeli Ministry of Health. The Centers for Disease Control and Prevention said the condition affects one out of every 1,000 people who get the measles virus, but is more common in children younger than 5 and adults older than 20. It can cause permanent brain damage, deafness or death.

Israeli health officials warned people who were on board El Al flight 002 — which left John F. Kennedy Airport in New York City on March 26 and landed in Israel a day later — to seek medical care if they developed a fever, often the first sign of the highly contagious disease. Symptoms, which may also include a runny nose, cough, bloodshot eyes, sensitivity to light and a dark red rash, usually appear between 10 to 14 days following exposure to measles, with a possible range of 6 to 21 days.

Measles is considered among the most contagious viruses in the world. Unlike influenza pathogens, which spread when a person sneezes or coughs but then fall, the measles virus remains suspended in air, “like really light dust particles,” allowing the pathogens to linger and float for up to two hours, said Dr. Martin Cetron, the director of the Division of Global Migration and Quarantine at the C.D.C.

Influenza is spread by an exponent of two, meaning each person who gets it is likely to infect two others in a setting where people haven’t been immunized, he said. Measles is likely to be spread to between nine and 19 people who are not immunized, depending on the setting and the herd immunity of those nearby, he said.

Israeli health officials sent a letter to the country’s airlines recommending that all staff be immunized with two doses of the vaccine against measles. “The airlines have initiated implementation of the recommendation,” it said. El Al airlines said only that it operates in accordance with directives of the Ministry of Health and declined further comment.

Taylor Garland, a spokeswoman for the Association of Flight Attendants, a union representing nearly 50,000 flight attendants at 20 airlines, said: “Our hearts are with our El Al sister who is battling this disease and our thoughts are with her for a full recovery. Her suffering should give the public and crew urgency to heed the recommendations of health officials.”

The C.D.C. recommends that all people who are able to receive two doses of MMR vaccine to protect against measles, mumps and rubella. Infants who are traveling internationally should get their first dose at 6 months to 11 months of age. All children should be vaccinated at 12 to 15 months of age, and again from 4 to 6 years. Teens and adults also should also be up-to-date with their vaccinations.

The vaccination status of the El Al flight attendant couldn’t be confirmed because of her hospitalization, but her mother said she’d received all the recommended vaccinations, according to Mr. Basson. Between 1971 and 1977, however, the recommendation in Israel was for only one vaccination against measles. The current recommendation for adults, including travelers abroad, is for two doses.

The International Air Transport Association, the trade association for the world’s airlines, said it does not track which airlines might require vaccinations against measles, but that most countries have laws forbidding employers from insisting that employees receive immunizations.

An employee of Cathay Pacific flew on nine flights while potentially contagious with measles between March 8 and March 16 to cities that included Hong Kong, Manila, Singapore and Bangkok, the Hong Kong Department of Health reported. The health department said the employee, a 41-year-old man, was hospitalized in stable condition. Hong Kong news reports said he was a pilot.

https://www.nytimes.com/2019/04/18/travel/el-al-measles-flight-attendant.html, GO TO SAUBIO DIGITAL FOR MORE ANSWERS AND INFORMATION ON ANY TOPIC

Airline Warns of Measles After Flight Attendant Falls Into Coma

Here’s How to Extend Your Car’s Security Beyond Insurance