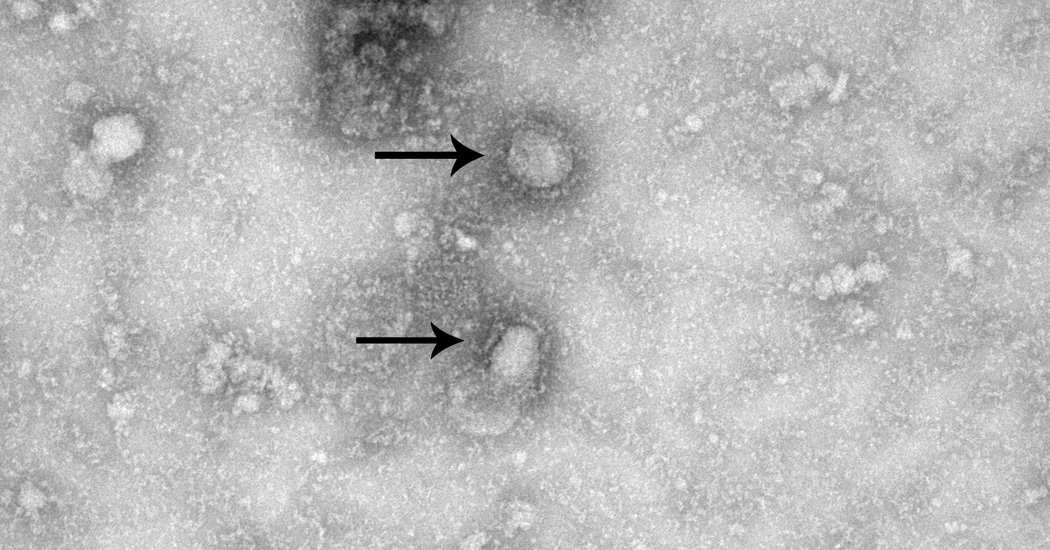 In the early days of January, as cases of a strange, pneumonia-like illness were reported in China, researchers at the National Institutes of Health in Maryland readied themselves to hunt for a vaccine to prevent the new disease.

They had clues that a coronavirus, similar to ones that caused the SARS outbreak in 2003 and MERS in 2012, was the culprit. Dr. Barney Graham, deputy director of the Vaccine Research Center at the N.I.H, urged government scientists in China to share the genetic makeup of the virus so his team could begin its race to develop a vaccine.

On Friday, January 10, the Chinese scientists posted the information on a public database. The next morning, Dr. Graham’s team was in the lab. And within hours, they had pinpointed the letters of the genetic code that could be used to make a vaccine.

Scientists in Australia and at least three companies — Johnson & Johnson, Moderna Therapeutics and Inovio Pharmaceuticals — are also working on vaccine candidates to stop the spread of the disease, which has infected about 6,000 people and killed more than 130.

“Everybody is trying to move as quickly as possible,” said Jacqueline Shea, the chief operating officer at Inovio.

Inovio received a grant of up to $9 million to develop a coronavirus vaccine from the Coalition for Epidemic Preparedness Innovations, a group whose aim is to speed vaccines to market. Moderna, which is working with Dr. Graham’s team at the N.I.H., received a similar grant, as did researchers at the University of Queensland in Australia.

Historically, vaccines have been one of the greatest public health tools to prevent disease. But even as new technology, advancements in genomics and improved global coordination have allowed researchers to move at unprecedented speed, vaccine development remains an expensive and risky process. It takes months and even years because the vaccines must undergo extensive testing in animals and humans. In the best case, it takes at least a year — and most likely longer — for any vaccine to become available to the public.

“They may not help in the very early stages of an outbreak, but if we’re able to develop vaccines in time, they will be an asset later,” said Richard Hatchett, the chief executive of the epidemic preparedness coalition.

With each new outbreak, scientists typically have to start from scratch. After the SARS outbreak in 2003, it took researchers about 20 months from the release of the viral genome to get a vaccine ready for human trials. By the time an epidemic caused by the Zika virus occurred in 2015, researchers had brought the timeline down to six months. Now, they hope the joint efforts will cut that time in half.

The morning after the Chinese scientists published their data earlier this month, Dr. Graham’s team got to work checking the sequence and comparing it with what they already had for SARS and MERS. They wanted to focus on the spike protein, which forms the crown of the coronavirus and recognizes receptors, or entry points, on a host cell.

“If you can block the spike protein from binding to a cell, then you’ve effectively prevented an infection,” said Kizzmekia Corbett, the scientific lead for Dr. Graham’s coronavirus team.

Dr. Corbett and others had studied the spike proteins on SARS and MERS viruses in detail, using them to develop experimental vaccines. The vaccines never made it to market because SARS was successfully contained with public health measures before the vaccine was ready and preliminary human trials for the MERS vaccine showed success in January 2018.

But the scientists had a method for developing vaccines that could help them fast-track production for the new coronavirus. They used the template for the SARS vaccine and swapped in just enough genetic code that would make it work for the new virus. “I call it plug and play,” Dr. Corbett said.

Within a few hours, Dr. Corbett was able to prepare the modified sequence that the researchers needed. On Tuesday, Jan. 14, the team held a conference call to discuss the next steps with collaborators in labs across the country, and sent off the sequence to Moderna.

Scientists at the company plan to use the genetic information to create synthetic messenger RNA, which carries instructions for cells’ protein-making machinery. The technology will help induce high levels of antibodies that can identify the spike protein and fight off an infection.

Once Moderna manufactures the messenger RNA in a few weeks, the N.I.H. will run more tests, Dr. Corbett said. Collaborators in academic labs will then test the vaccine in mice infected with the virus and check blood samples from the animals to see how well the experimental vaccine worked.

Dr. Anthony Fauci, director of the National Institute of Allergy and Infectious Diseases at the N.I.H., who oversees Dr. Graham’s team, said he expected the vaccine research to move quickly.

“If we don’t run into any unforeseen obstacles, we’ll be able to get a Phase 1 trial going within the next three months, which will be record speed,” he said, referring to early human trials that test for safety.

Other researchers are using different methods to develop their vaccines.

Inovio, which is also developing a vaccine for MERS, uses a DNA-based technology. Johnson & Johnson delivers vaccines through adenoviruses — which can cause coldlike symptoms but have been made harmless. And researchers at the University of Queensland are testing particles that mimic the structure of a virus.

“We don’t know which vaccine approach will be successful at this stage, so we have to try everything in our arsenal,” said Dr. Gregory Poland, a vaccine expert at the Mayo Clinic in Rochester, Minn.

In interviews, company executives said that partnerships with governments and philanthropic foundations were essential to developing vaccines for outbreaks because there are so many uncertainties.

Dr. Paul Stoffels, Johnson & Johnson’s chief scientific officer, estimated it could take eight to 12 months before his company’s vaccines reach human clinical trials. By then, it is possible the coronavirus outbreak will have been contained. Testing of Johnson & Johnson’s Zika vaccine is currently halted, he said, because new outbreaks of the disease have slowed.

Stéphane Bancel, the chief executive of Moderna, said vaccines were necessary, even if an outbreak wanes, because it could always return. “I think it’s important to be prepared,” he said.

Experts believe that the frequency of outbreaks will only increase because of climate change, urbanization and global travel, among other factors.

“We probably need to start thinking about putting in a special infrastructure for coronavirus infections the same way we have for the flu,” said Dr. Peter Hotez, who is co-director of the Texas Children’s Hospital Center for Vaccine Development and was involved in the production of a SARS vaccine that may be repurposed for the new coronavirus. The detection and monitoring of infections, as well as the development of vaccines, will put an insurance policy in place for future outbreaks, he said.

“We’re just starting to realize that the power of vaccines goes way beyond public health,” he said. “They are also critical to the global economy and global security.”

https://www.nytimes.com/2020/01/28/health/coronavirus-vaccine.html, GO TO SAUBIO DIGITAL FOR MORE ANSWERS AND INFORMATION ON ANY TOPIC

Researchers Are Racing to Make a Coronavirus Vaccine. Will It Help?

When Your 200-Month-Old Can’t Sleep Through the Night

Researchers Are Racing to Make a Coronavirus Vaccine. Will It Help? Related Posts: