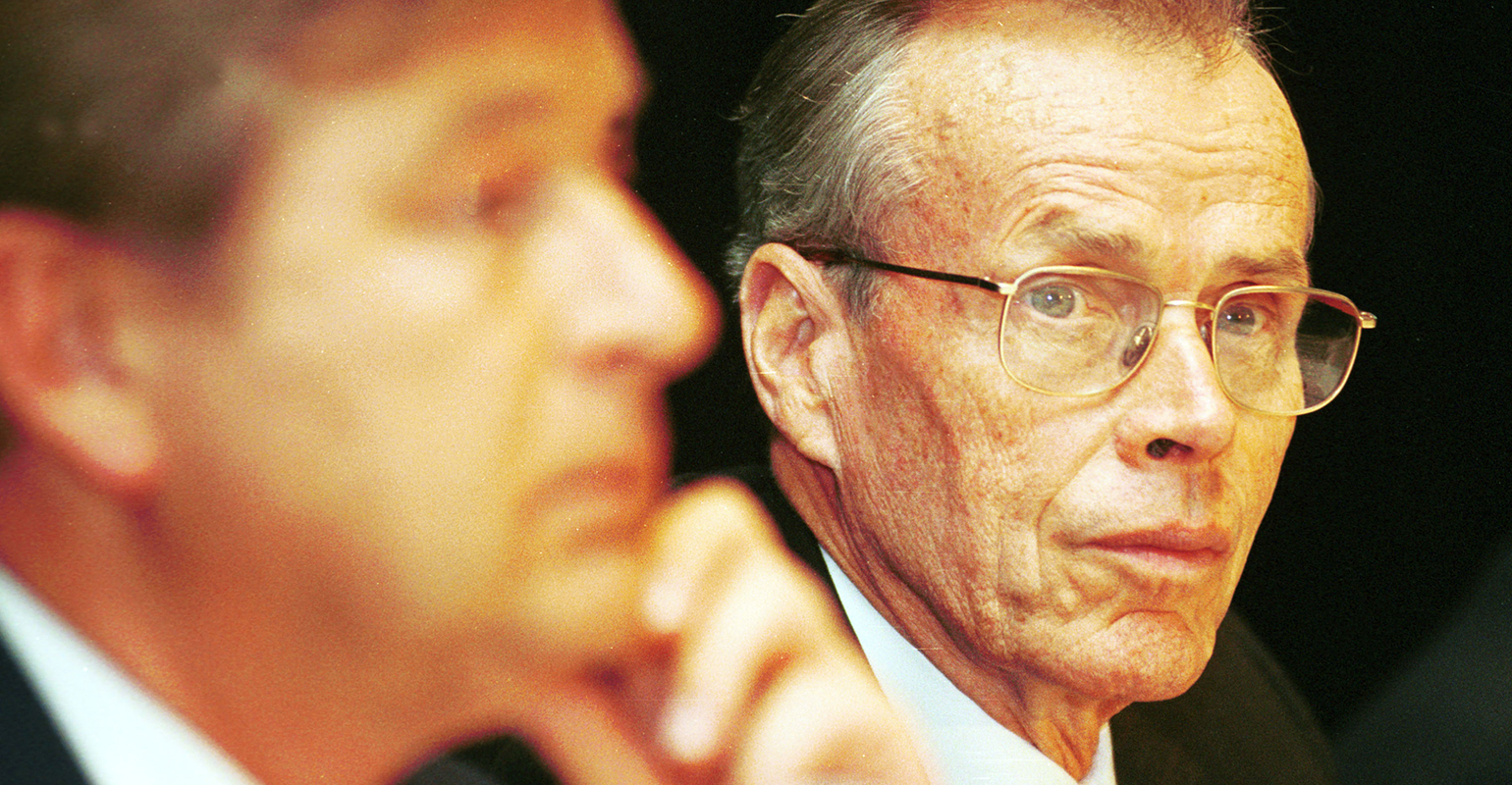 (Bloomberg) -- Donald Marron, the art collector and financier who led Paine Webber Inc. for 20 years until the retail brokerage’s $16 billion sale to UBS AG in 2000, has died. He was 85.

He died of a heart attack in New York, according to his wife, Catie Marron. She said her husband was heading out on Friday evening to a party for some of his staff and planned to come home after about 30 minutes to watch “The Irishman” with her and their son William. He never made it home.

Don Marron, a lifelong New Yorker, had a Wall Street career spanning seven decades and was very active in the modern art world and philanthropy. He’s best known for leading Paine Webber and selling the firm to Swiss giant UBS. His wife said he was “deeply” proud of how he handled the aftermath of that deal.

“People often lose jobs in mergers like these,” Catie Marron said. “Don made sure that he held people’s jobs and lives in place. He had options to sell to other places, but chose this route.”

His namesake company merged with institutional researcher Mitchell Hutchins & Co. in 1965. As head of Mitchell Hutchins, he led the firm’s 1977 merger with Paine Webber. Three years later, he was named chief executive officer of the company, marking the start of a tenure highlighted by acquisitions, growth in brokerage accounts and his fierce defense of the firm’s independence.

Marron was considered “a prodigy in his field,” according to a 1980 Wall Street Journal profile published when he was named Paine Webber’s CEO. He shielded the firm from fads like junk bonds and derivatives, and, after attempting to steer it in the direction of an investment bank, refined its focus on serving wealthy individuals.

When Marron joined in 1977, Paine Webber had about 2,270 brokers in 137 offices, according to a New York Times article that year. By the time of parent Paine Webber Group Inc.’s sale to Zurich-based UBS in July 2000, it was the fourth-largest U.S. brokerage with more than 8,500 brokers in 385 offices and 2.7 million customers.

Its focus on clients with at least $500,000 to invest provided the firm with steady, fee-based income. Averaging $186,500, its accounts were the largest in the industry.

The acquisition also boosted UBS’s U.S. client assets to 49% of its total from 4%, making it the world’s biggest wealth manager. In return, Paine Webber’s clients would have greater access to European securities and research.

“This is the right merger, with the right partner, at the right time,” Marron, who also served as Paine Webber’s chairman, said at the time of the deal.

Donald Baird Marron was born July 21, 1934, in Goshen, New York. His father, Edward Joseph Marron, was a professional writer, according to the 1977 New York Times article.

Raised in New York’s Washington Heights neighborhood, he graduated from the Bronx High School of Science at age 13. In 1951, he dropped out of the City University of New York’s Baruch College to join the New York Trust Co.’s research department.

”He was bright enough to skip grades,” Catie Marron said. “He started working at 17 to support his family.”

He served as chairman of UBS America from 2000 to 2003. He was also chairman of Lightyear Capital, the New York-based private equity firm he founded in 2000, and which has raised $3.5 billion in capital, according to its website.

Standing 6 feet 6 inches tall, Marron had a high profile in many ways. He was on the board of directors of the New York Stock Exchange from 1974 to 1981; a co-chairman of the National Commission on Retirement Policy, the non-partisan group that was tasked with finding ways to keep Social Security solvent; and, at the start of the George W. Bush administration, was mentioned as a candidate for Treasury secretary.

He was also a trustee of New York University, giving $40 million in 2013 to start the Marron Institute on Cities and the Urban Environment; a trustee of the Center for Strategic and International Studies; and a member of the board of overseers at Memorial Sloan Kettering Cancer Center.

“You have to have an office, so why not look at a Jasper Johns rather than a reproduction?” Marron said in a 1999 interview with Fortune magazine.

”He got involved before the huge escalation in prices,” Catie Marron said.

Marron was elected president of the board of the Museum of Modern Art in 1985, serving until 1991. He was also a life trustee. In 2002, he donated 44 works from the post-merger collection to the midtown Manhattan museum.

An advocate for the homeless, he supported the Coalition for the Homeless, created in 1981 to provide direct services to men, women and children without shelter in New York City’s five boroughs.

He married his first wife, the former Gloria Swope, in 1961. They had two children, Jennifer Ann Marron and Donald Baird Marron Jr., an economist who was acting director of the Congressional Budget Office during the administration of George W. Bush.

Catie Marron was chairwoman of the New York Public Library from 2004 to 2011. They married in 1985 and had two children, Serena and William.

“Every single bone in his body was decent. He was very close with his family,” Catie Marron said. “One of his favorite things to do was to come home and have a drink with me in front of the fireplace. As a father and husband he was deeply loved.”

To contact the editors responsible for this story:
Matthew G. Miller at [email protected]
James Ludden 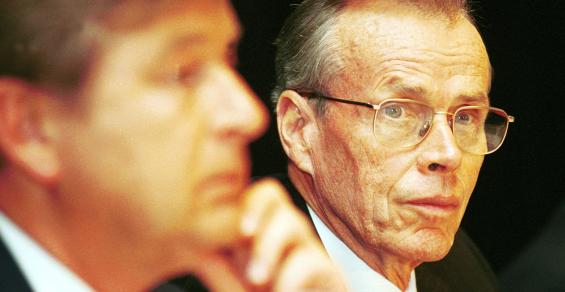