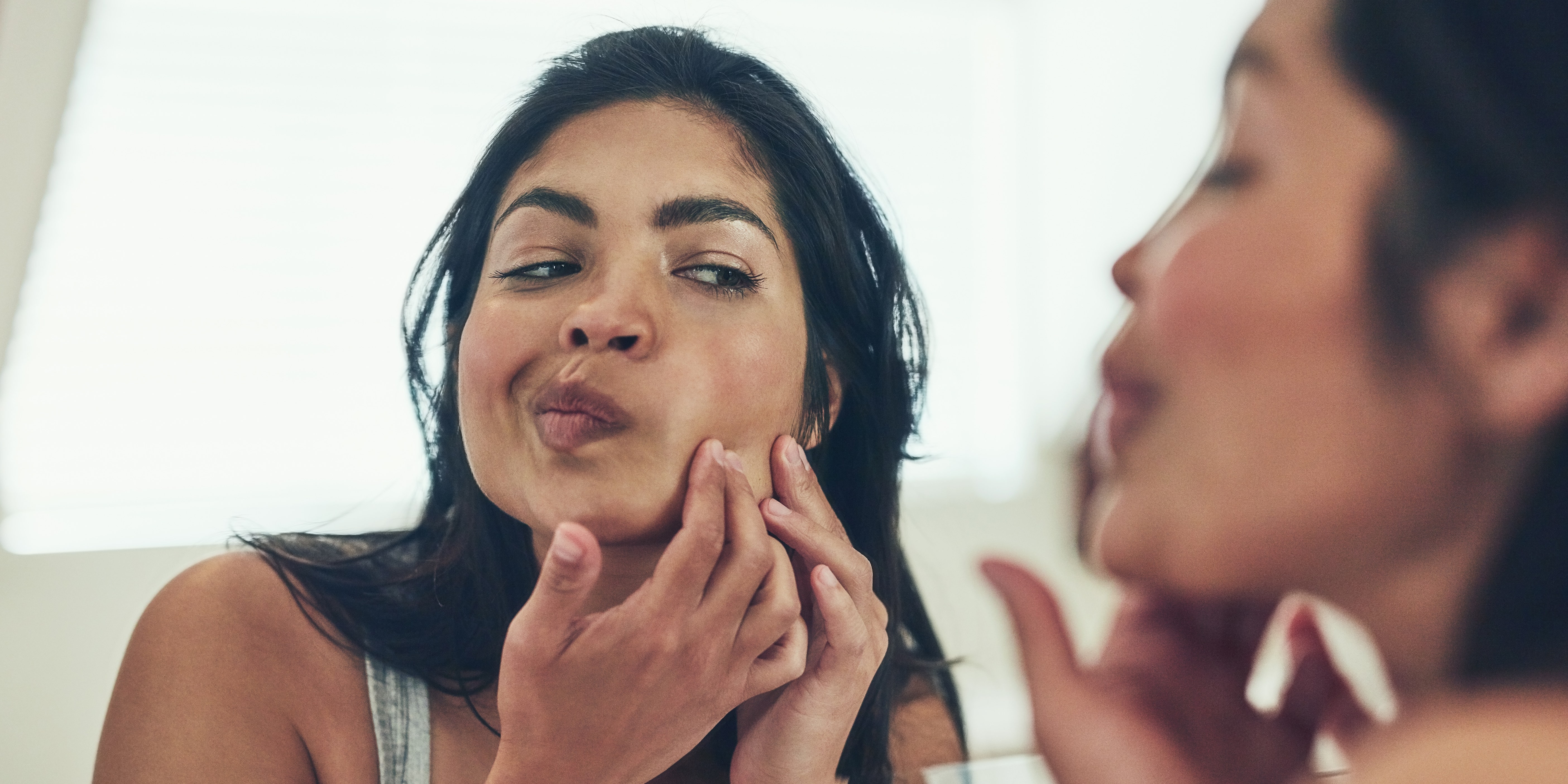 Anyone with rosacea or stubborn acne knows how frustrating it can be to exhaust your list of potential treatments only to see an angry red bump staring back at you in the mirror. But there’s one acne-fighting ingredient that, outside of blogs and Reddit, is often overlooked: azelaic acid.

Here’s what you need to know about using it—in its prescription and over-the-counter formulas.

“Azelaic acid is a dicarboxylic acid that’s synthesized by yeast naturally; now it’s made from products like barley and wheat,” Temitayo Ogunleye, M.D., assistant professor of clinical dermatology at the University of Pennsylvania Perelman School of Medicine, tells SELF. (On it’s own it’s just an acid, though, so it’s still gluten-free.)

“Nobody knows exactly how it works, but it’s an acid and most acids help to exfoliate the skin,” John G. Zampella, M.D., assistant professor in the Ronald O. Perelman department of dermatology at NYU Langone Health, tells SELF. This makes azelaic acid useful for managing acne, “but azelaic acid also does some other things that are useful for skin,” he says.

In particular, research suggests it can help lighten the skin to manage hyperpigmentation issues (such as melasma and post-acne dark spots) by indirectly destroying melanocytes, which are the skin cells that produce melanin.

It also appears to have some antibacterial properties that contribute both to its acne-fighting capabilities and its effectiveness at helping calm and prevent inflammation, which is especially useful for people with rosacea, Dr. Ogunleye says. (The bacteria that causes acne also triggers the production inflammatory cytokines, she explains, which are part of your immune system’s response to pathogens.)

Unlike some acne medications (including retinoids and benzoyl peroxide), azelaic acid is generally considered safe to use during pregnancy. According to the American Academy of Dermatology (AAD), there isn’t research in humans, but data from animal research suggests that it doesn’t cause any birth defects when used topically. That said, the prescribing information for the prescription formulations of azelaic acid do recommend caution for patients who are pregnant or are planning to become pregnant, saying that the drug “should be used only if clearly needed during pregnancy.”

Azelaic acid can be prescribed in two concentrations: 15 percent (Finacea) and 20 percent (Azelex).

And we have a pretty good idea that both of these are effective: A systematic review of the clinical trials of both concentrations published in 2006 in JAMA Dermatology included data for five studies (873 participants). The researchers concluded that both formulations were effective at treating rosacea, especially the papules and pustules associated with the condition. (The other common symptoms—persistent flushing and visible blood vessels—are notoriously difficult to manage without laser treatments, Dr. Zampella says.)

But these prescription options are not always accessible. “The problem with those is that it’s getting harder and harder to get them covered by insurance,” Dr. Zampella says. And without insurance, “they can be very expensive,” Dr. Ogunleye says, usually a few hundred dollars. That’s why, if your insurance doesn’t cover it, your dermatologist may direct you to an over-the-counter product containing azelaic acid.

Non-prescription options exist, but they don’t necessarily have research behind them.

For instance, The Ordinary makes a 10 percent azelaic acid suspension (available for $8) that hasn’t been in clinical trials but is significantly cheaper than a prescription. If a patient’s prescription isn’t covered by insurance, Dr. Ogunleye says she’ll often suggest her patients look at what they can get on Amazon. There you can also find Paula’s Choice-BOOST 10 Percent Azelaic Acid Booster, $36, which also contains salicylic acid.

There’s not much research about these concentrations, but there is one study, published in 2014 in the Journal of Medical Sciences, that showed promise for a lower-than-prescription concentration. For this study, researchers looked at 40 participants with mild to moderate acne, all of whom received a 10 percent azelaic acid gel (half got it in an alcohol-free base while the other half got it in a base that contained alcohol). After eight weeks, the severity of both groups’ acne went down significantly, but there were no differences between groups, suggesting that a 10 percent concentration of azelaic acid could help with acne.

But there are also some obvious drawbacks to this study, including the fact that it had a relatively small sample size, there was no control group, and there was no comparison against a 15 percent or 20 percent concentration.

So, these options may not be as effective as the prescription versions, but they may still be “worth a try,” Dr. Ogunleye says. “My general approach if we can’t get the prescription strength covered is I will have them try the 10 percent,” Dr. Zampella says. These products are usually pretty cost effective and “azelaic acid is one of the safest of the medicines you could try,” he says—so the potential benefits usually outweigh the risks.

How to get started:

Acids, especially those used to treat acne, tend to be drying and harsh, but most people—even those with sensitive skin or rosacea—are able to use azelaic acid with minimal problems, Dr. Zampella says. But, “like any acid, it can be irritating,” he says, although this tends to go away over time.

Dr. Zampella suggests starting by putting a small amount on the inside of your arm for a patch test. If that goes OK and does not irritate your skin, you can put a thin layer on your face up to twice a day, or according to your prescription instructions. If you know you have sensitive skin, though, it’s best to start out using it once every other day to see how you handle it, Dr. Ogunleye says.

If you feel itchiness, burning, or stinging that doesn’t go away, that’s a sign to back off and check in with your derm. Other symptoms such as swelling, a rash, or difficulty swallowing or breathing constitute an emergency and could signal an allergy, according to MedlinePlus.

It’s a good idea to stay away from harsh or potentially irritating products while your skin adjusts to azelaic acid, and it’s always good to limit the amount of exfoliating products you’re using at one time. But, overall, it’s a pretty easygoing ingredient, Dr. Zampella says. And there isn’t really anything you can never use it with, Dr. Ogunleye adds, although it’s always smart to ask your derm about potential combinations. Really, “the biggest barrier is getting it covered by insurance,” Dr. Zampella says.

Overall, if you have any questions about using azelaic acid or if you want to find out whether you qualify for a prescription, talk to your dermatologist. 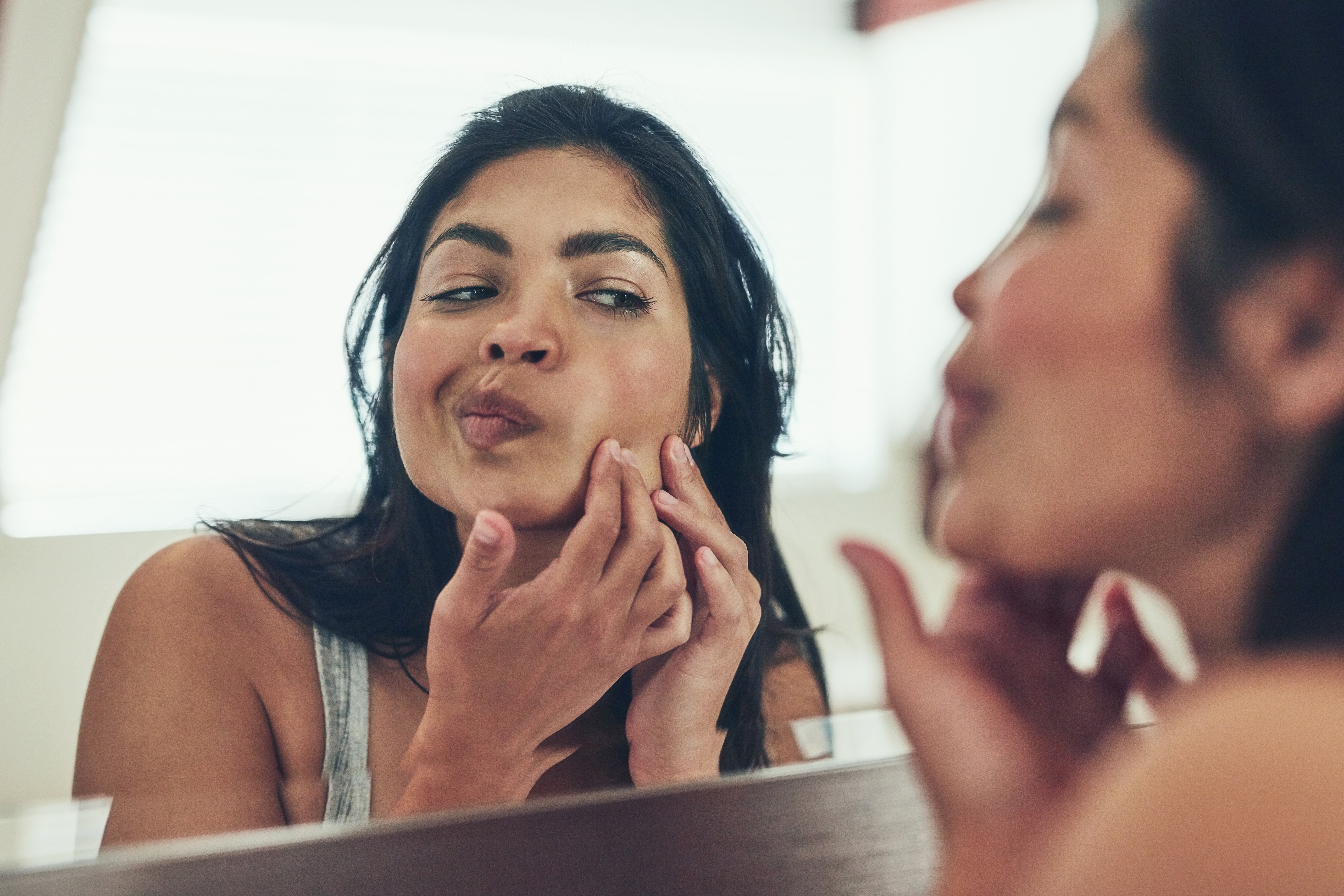 https://www.self.com/story/azelaic-acid-acne-redness, GO TO SAUBIO DIGITAL FOR MORE ANSWERS AND INFORMATION ON ANY TOPIC

How to Survive Your Boyfriend's Divorce

An Expert’s Guide to Avoiding Back Pain

Why So Many People Swear By Azelaic Acid to Combat Acne and Redness Related Posts: