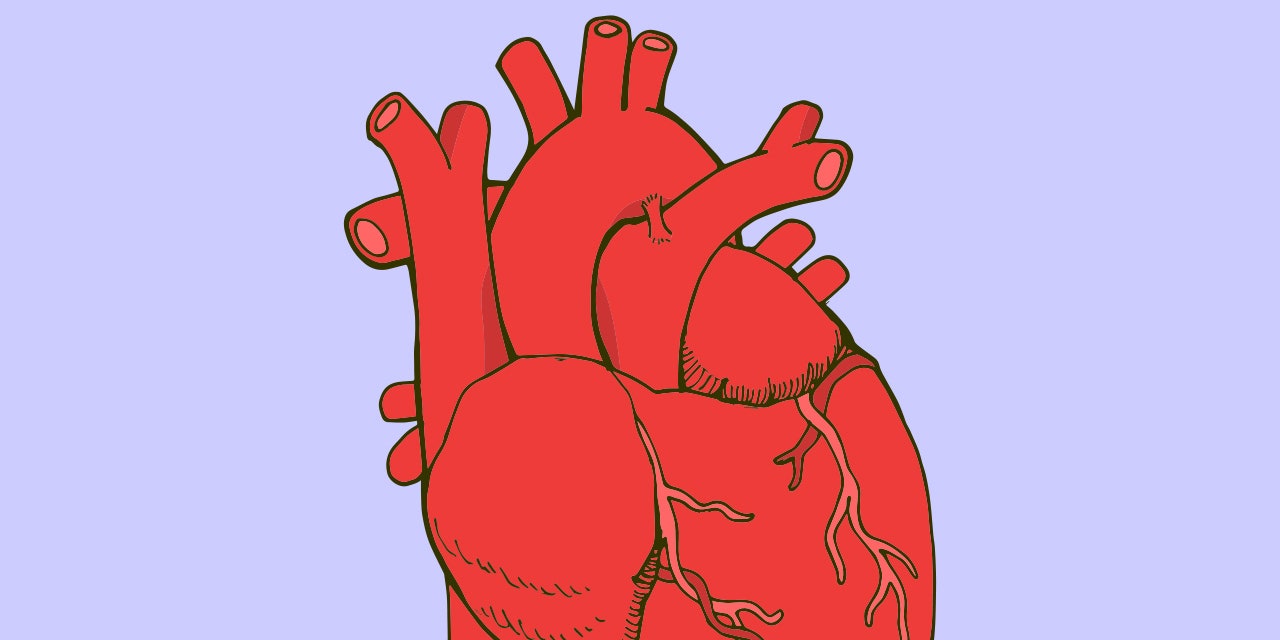 Heart disease is the most common cause of death in men and women, according to the Centers for Disease Control and Prevention (CDC). But some people still think of cardiac issues—particularly heart attacks—as a male problem. Unfortunately, a recent study suggests that, not only are heart attacks a concern for women, they’re becoming more common among women of younger ages.

The study, which published this past November in the journal Circulation, analyzed data from hospital surveillance of heart attacks in people between the ages of 35 and 74 in four communities in Maryland, Minnesota, Mississippi, and North Carolina. The researchers looked at the records of more than 28,000 people hospitalized for heart attacks between 1995 and 2014. Of those, a whopping 30 percent (8,737 patients) were under the age of 54.

“This is a really provocative study and it highlights some of the biggest issues we see in the world of preventative health, which is identifying people with an increased risk of cardiovascular disease,” Nicole Weinberg, M.D., a cardiologist at Providence Saint John’s Health Center in Santa Monica, Calif., tells SELF.

There are a few possible reasons behind this trend.

Both high blood pressure and diabetes have been linked to obesity, which could be another factor in the increase in heart attacks in young people, study co-author Melissa Caughey, Ph.D., a cardiovascular epidemiologist at the University of North Carolina School of Medicine, tells SELF. “Women under 54 have a higher prevalence of obesity and diabetes than men of the same age group, and the trend continues to rise,” she points out.

Obviously, not everyone with diabetes or high blood pressure also has obesity—and patients with those risk factors aren’t necessarily being identified and treated ahead of time, Dr. Weinberg says. “Even when women with these conditions are identified, they’re not being aggressively treated or having interventional therapy,” she says. “As a result, their prognosis isn’t as good as those of men.”

Stress—which can directly and indirectly raise your blood pressure—may also play a role, Johanna Contreras, M.D., a cardiologist and director of heart failure at Mount Sinai St. Luke’s, tells SELF. That kind of stress might come from a traumatic or abusive situation, but your job, pressures at home, and other life stressors can build up without healthy coping mechanisms in place.

There are some things you can do to reduce your risk for a heart attack.

For starters, it’s crucial that you regularly see your doctor, even if you feel fine, Jennifer Haythe, M.D., co-director of the Women’s Center for Cardiovascular Health at Columbia University Irving Medical Center and cardiologist at NewYork-Presbyterian/Columbia, tells SELF. “Women should see their doctors at least annually and ask for cardiac risk assessment to be done,” she says. This can include taking account of your age, weight, smoking habits, blood pressure, diet and exercise habits, as well as your lipid profile (which measures the levels of cholesterol and fat in your blood) and possibly even an electrocardiogram (which measures your heart’s electrical activity).

If you do have any modifiable risk factors for heart disease, it’s important to act on them, David Goff, M.D., Ph.D., director of the Division of Cardiovascular Sciences at the National Institutes of Health, tells SELF. That might mean making changes to what you eat, prioritizing quality sleep and stress management, or increasing physical activity. “By diagnosing and treating risk factors earlier, heart disease can be minimized in this population,” Dr. Haythe adds.

Finally, if you have a family history of heart disease, tell your doctor about it so they can monitor your risk. “Having a family risk of heart disease makes all of this advice even more important,” Dr. Goff says.

Still, don’t assume that you’re doomed to have a heart attack if it seems to run in your family. “Genetics and family history doesn’t determine everything,” Caughey says. “There are many steps you can take, such as adopting a healthy lifestyle, that can lower your risk even if you have a family history of heart disease.”

There are a few classic signs of a heart attack. The American Heart Association recommends calling 911 and getting to a hospital right away if you experience any of these:

But symptoms may present differently in women than in men. Women are more likely to have the less obvious symptoms—like nausea and a vague chest discomfort or tightness—rather than the stereotypical crushing chest pain. So it’s important to seek medical attention if you’re experiencing any new or distressing symptoms like these, even if you’re unsure whether it’s serious or not.

It’s also important to be aware of the signs of an underlying heart issue, Laxmi Mehta, M.D., director of the Women’s Cardiovascular Health Program and an associate professor of medicine at The Ohio State University Wexner Medical Center, tells SELF—even if you’re not necessarily dealing with a medical emergency like a heart attack. Many people have heart disease without knowing it, and it develops slowly over time and may not be obvious, the U.S. National Library of Medicine says.

Symptoms of heart disease include chest pain, ankle swelling, and shortness of breath, and they should be a tip-off that something requires your doctor’s attention, according to the U.S. National Library of Medicine. Addressing symptoms like these early on with your doctor may even help prevent a heart attack or stroke down the line.

Above all, pay attention to your body and don’t be afraid to speak up to your doctor if you think something is off. 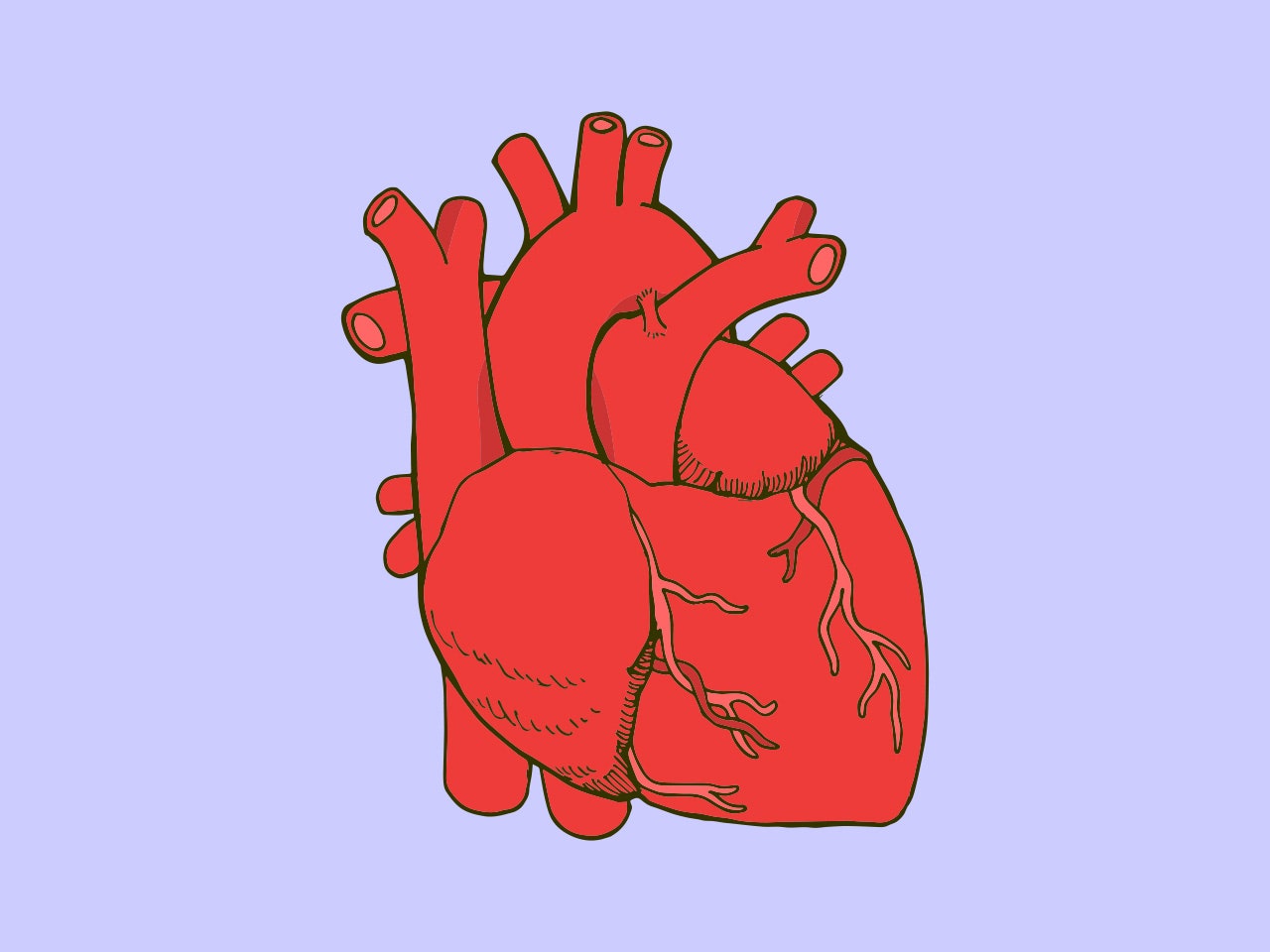 https://www.self.com/story/heart-attacks-in-women-under-54, GO TO SAUBIO DIGITAL FOR MORE ANSWERS AND INFORMATION ON ANY TOPIC

Why Are Heart Attacks Becoming More Common in Women Under Age 54?

How to Do a Kettlebell Swing

How Did I Get That Yoga Story? You Really Had to Be There

I’m Obsessed With Merino Wool Activewear and Honestly You Should Be, Too

Why Are Heart Attacks Becoming More Common in Women Under Age 54? Related Posts: