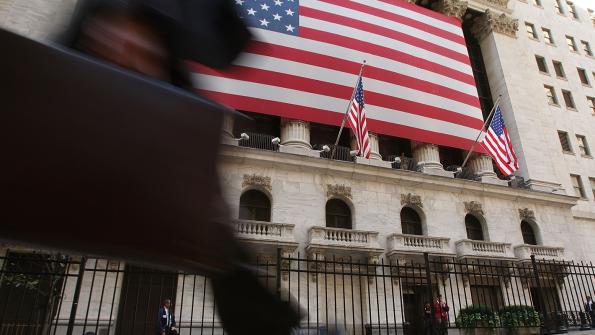 The industry will tell you it’s put up billions of dollars to support racial equity -- and it has. But inside its offices, progress is moving slowly for students from Black schools, according to people familiar with the data. Across these giant institutions, hopes for revolutionary change are bumping up against entrenched hiring traditions.

While Goldman Sachs Group Inc. nearly doubled the number of HBCU interns to 37, grads landed only three more full-time jobs than last year. Inside JPMorgan Chase & Co., HBCU hiring fell, though the bank’s numbers for Black graduates rose across all campuses. Wells Fargo & Co., which employs hundreds of thousands, more than doubled its number of full-time and intern recruits to 72 as of May.

Blackburn can’t shake the feeling that “a lot of companies were contacting us in order to fulfill their corporate social responsibility efforts,” and would like to see banks build up their presence on additional campuses, particularly the smaller ones. For students with their sights set on finance, getting a foot in the door is just the beginning. They’re hungry to change the system from the inside, driven to build Black wealth, fueled by the burst of interest and hoping it will last, according to 16 current and former students at Spelman, Morehouse, and some of the other 100 or so schools dedicated to Black education.

The banks have all announced aid for HBCUs, which awarded about 50,000 degrees in 2018 and have been an engine for propelling Black talent for decades. Most of America’s biggest firms have promised to expand their recruitment from them, while working to improve diversity across the board. Goldman is committing $25 million to a five-year program and aims to double HBCU hires by 2025. Bank of America Corp. made a $10 million grant for an entrepreneurship center at Spelman and Morehouse. Citigroup Inc. funded a career incubator, while JPMorgan and Morgan Stanley inaugurated scholarships.

“I’m glad it’s all happening,” Spelman honors student Anisah Thomas said about the industry’s efforts. “But why wasn’t it happening before?” She was on the winning team for Goldman’s new Market Madness program, where 125 HBCU students competed to present the best case study. Her team got $1 million for the school, and she’ll intern at the bank next year.

She’ll be walking into a firm whose gains were less dramatic for full-time analysts than interns. Even as the firm brought on 17 more summer interns from HBCUs than last year and the percentage of Black summer interns jumped to 17% from 12%, the number of full-time hires from HBCUs rose to 25 from 22 last year. Across all U.S. campuses, the bank’s percentage of Black hires remained at 12% of the total. Overall, Black people account for 12.4% of the U.S. population and 6.8% of the bank’s U.S. workforce, up from 6.6% a year earlier.

The biggest Wall Street banks all say they want to be more diverse. The path to getting there may run through the dorm rooms of students like Kareem Michel, whose family moved to the Atlanta area from Haiti. At Morehouse, he landed a summer role in JPMorgan’s pre-internship program, Advancing Black Pathways, then a week-long winter spot at Moelis & Co. and a Goldman internship this summer. The junior has already lined up an internship next summer at Perella Weinberg Partners. He said his parents and Morehouse prepared him to be in spaces that don’t have as many Black faces as HBCUs.

“They brought me up in America,” he said. “I have the expectation that eyes are going to be looking at me.”

Out of JPMorgan’s 3,765 campus hires this year, 107 were from HBCUs, a decline from last year’s 150. At the same time, the bank’s Black hires from all campuses rose to 659 from 407 -- or 18% of the total, up from 12%. Citigroup, which said it has spent years trying to recruit more from HBCUs, and whose Chief Financial Officer Mark Mason is a Howard graduate and trustee, declined to disclose stats.

It isn’t always clear that executives realize just how much talent is out there. Wells Fargo boss Charlie Scharf apologized last September after suggesting the bank’s struggle to find experienced Black executives was due to a limited talent pool. He called it “an insensitive comment reflecting my own unconscious bias.” One of his newest employees is Kirk Miller, who was introduced to the bank through the Thurgood Marshall College Fund’s leadership program while at Kentucky State University, and became his family’s first college graduate in May.

“I would be lying if I said it’s not intimidating,” Miller said in July. When he was growing up, his stepmother was one of the only people he knew who worked at a bank, and she was a teller. He was feeling more comfortable by August, preparing for a move to Charlotte and thinking about becoming an investment banker or wealth manager.

Breanna Crutcher, a junior at Langston University, the only HBCU in Oklahoma, spoke to her adviser about big banks. “I decided, let’s try.” She interned for Wells this summer, focusing on technology for investment management. Working remotely, she realized most of her colleagues don’t look like her. “It might be a little bit discouraging to other people,” she said. “It kind of motivated me.”

Smaller schools are particularly concerned with recruitment. Wells Fargo is the only bank of the big six working with Langston’s job office. Wells and Goldman recruit from Mississippi’s Rust College, all are involved with Howard, and none are working with Southern University at New Orleans, which has a college of business, according to representatives from the schools. Goldman plans to recruit from 25 of the schools in the months ahead, while Wells recruits from 20 and engages with more than 50.

Morgan Stanley and Bank of America didn’t send data on 2021 HBCU hires. Inside the latter, Black campus hires rose to 13% in 2020 from 9% in 2015. Sonnia Thomas Shields, the firm’s global head of campus recruiting, graduated from Hampton, where a visit from an investment banker helped spark her career. Because the bank recruited remotely during the pandemic, it expanded its pool to 64 HBCUs. She couldn’t say if the bank has hired from all of them.

By the time Alex Jenkins represented the school at Goldman’s competition, the Spelman economics major had already taken part in Citigroup’s HBCU Innovation and Leadership Symposium, Blackstone Group Inc.’s Diverse Leaders Program and an apprenticeship program run by the billionaire Byron Trott’s BDT Capital Partners. This summer, Jenkins interned at Centerview Partners. It’s dawned on her that there are banks working hard to deepen relationships with Black talent, “as well as firms that just have a diversity program and carry on and say, ‘OK, we did something, and that’s that.’”

Getting HBCU stars into the door is one thing -- keeping them is another. Angel Caston, a Goldman financial analyst at the firm who graduated from Southern University and A&M College in 2018, was paired with a Spelman team for Market Madness. She left the bank before the competition ended.

“I was burned out on Wall Street culture,” said Caston, who’s now a senior analyst at Old Navy. “I just didn’t want to be there anymore.”

To contact the author of this story:
Max Abelson in New York at [email protected] 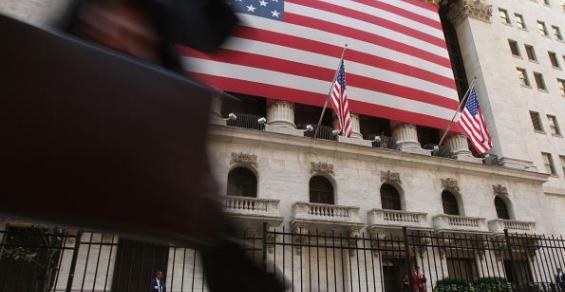 Osmosis between Man and Nature, Haute Architecture in the Woods

At the SALT Conference: The RIA Market Is Getting Frothy

The Forgotten Issues of Estate Planning