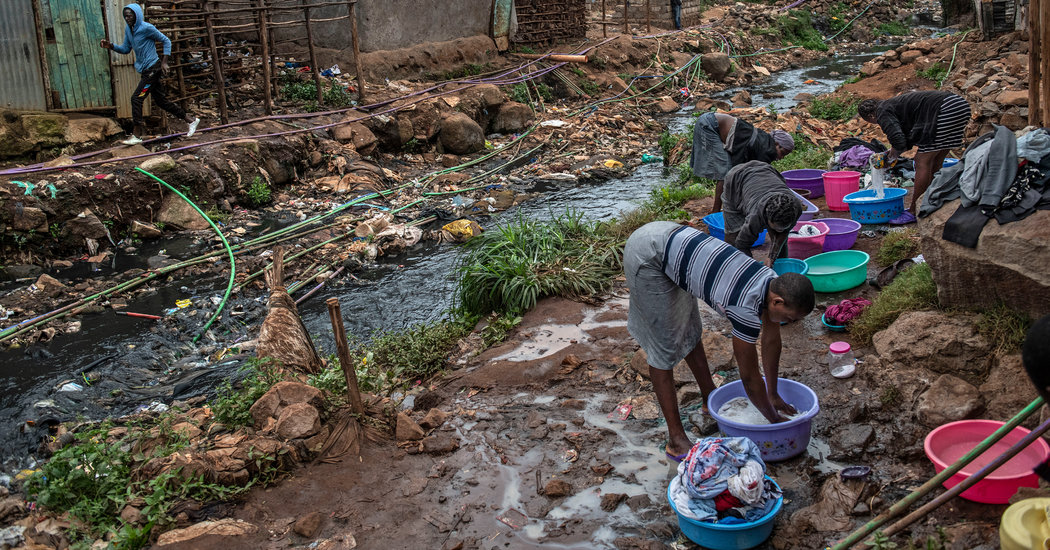 With more and more common medications losing their ability to fight dangerous infections, and few new drugs in the pipeline, the world is facing an imminent crisis that could lead to millions of deaths, a surge in global poverty and an even wider gap between rich and poor countries, the United Nations warned in a report on Monday.

Drug-resistant infections already claim 700,000 lives a year, including 230,000 deaths from drug-resistant tuberculosis, the report said. The rampant overuse of antibiotics and antifungal medicines in humans, livestock and agriculture is accelerating a crisis that is poorly understood by the public and largely ignored by world leaders. Without concerted action, a United Nations panel said, resistant infections could kill 10 million people annually by 2050 and trigger an economic slowdown to rival the global financial crisis of 2008.

The problem threatens people around the world. During the next 30 years, the United Nations experts said, 2.4 million people in Europe, North America and Australia could die from drug-resistant infections, making routine hospital procedures like knee-replacement surgery and child birth far riskier than they are today.

“This is a silent tsunami,” said Dr. Haileyesus Getahun, director of the U.N. Interagency Coordination Group on Antimicrobial Resistance, which spent two years working on the report. “We are not seeing the political momentum we’ve seen in other public health emergencies, but if we don’t act now, antimicrobial resistance will have a disastrous impact within a generation.”

The group, a collaboration of public health experts, government ministers and industry officials, called for the creation of an independent body with the stature and funding of the United Nations’ panel on climate change.

The report’s dire predictions seek to raise public awareness and shake political leaders into action. It proposes a series of measures that health officials say could help stem the rise of drug-resistant pathogens. The recommendations include a worldwide ban on the use of medically important antibiotics for promoting growth in farm animals; financial incentives for drug companies to develop new antimicrobial compounds; and more stringent rules to limit the sale of antibiotics in countries where drugs can often be bought at convenience stores without a prescription.

The report also highlights underappreciated factors in the spread of drug-resistant germs: the lack of clean water and inadequate sewage systems that sicken millions of people in the developing world. Many of them are too poor to see a doctor and instead buy cheap antibiotics from street vendors with little medical expertise. Sometimes they unknowingly purchase counterfeit drugs, a problem that leads to millions of deaths, most of them in Africa.

Health officials are struggling to understand the scope of the problem because many countries are ill-equipped to monitor drug-resistant infections. In a survey the United Nations conducted for the report, 39 of 146 nations were unable to provide data on the use of antimicrobials in animals, which experts say is a major driver of resistance in humans as resistant bacteria get transferred to people through contaminated food and water.

“We are flying pretty blind and working hard to get some clear vision,” said Sally Davies, the chief medical officer of England and a leader of the United Nations panel.

As a first step, the report calls on member states of the United Nations to create national stewardship plans to reduce the unnecessary use of antimicrobials.

The dearth of new drugs is tied to the perverse economics of antimicrobial resistance and the free market. It can cost a half-billion dollars to develop a new compound, but doctors are discouraged from using the drugs to reduce the possibility that the targeted pathogens will become resistant. Even when doctors prescribe the drugs, most patients take them for a week or two, limiting a drug company’s ability to earn back its initial investment.

“Everyone agrees that there is an absolute need for new antibiotics but there is no sustainable market,” said Thomas Cueni, director general of the International Federation of Pharmaceutical Manufacturers & Associations.

Incentives to develop new drugs could include generous government financing for research, or regulatory changes that would increase reimbursements for newly approved antibiotics considered medically important. According to the World Bank, such investments would quickly pay for themselves; it notes that containing antimicrobial resistance costs $9 billion annually.


“I applaud the U.N. for at least putting incentives on the map, but there needs to be more than talk,” said Mr. Cueni, who also chairs the AMR Industry Alliance, a trade group working to address the problem of antimicrobial resistance. “What’s needed is money.”

Still, many public health advocates said the report was an important step in elevating a crisis that has failed to garner the attention of other global problems like climate change and AIDS.

Lance Price, director of the Antibiotic Resistance Action Center at George Washington University, said he worried the report might not gain much traction with the Trump administration, which has been averse to multilateral cooperation.

Fear, he said, was the key to changing the status quo.

“Even if you don’t care about the suffering of people who drink unclean water and get resistant infections, you still have to recognize that these bacteria don’t recognize international borders,” he said. “They will come here, and they will kill us. We have to let people know that the problem is closer than they think.”

https://www.nytimes.com/2019/04/29/health/un-drug-resistance-antibiotics.html, GO TO SAUBIO DIGITAL FOR MORE ANSWERS AND INFORMATION ON ANY TOPIC

Love in the Time of Low Expectations