After being evacuated from Kabul, the Afghanistan Paralympic Team arrived in Tokyo on August 28 to compete at the 2020 Paralympic Games, the International Paralympic Committee (IPC) said in a statement yesterday.

Zakia Khudadadi and Hossain Rasouli were evacuated last weekend from Kabul to Paris with the “global support from several individuals, organizations, and governments,” the statement read. The past week, Khudadadi and Rasouli were resting and training at the National Institute of Sport Expertise and Performance (INSEP) in Paris before traveling to Tokyo.

Previously, the IPC had said that the Afghan athletes would not participate in the Games due to the ongoing turmoil in the country. “We all have seen the images from the airport in Kabul,” IPC president Andrew Parsons said in an August 18 Reuters article. “It became clear to us right from the beginning that there will be no safe way to try to bring these athletes to Tokyo.”

During the opening ceremony of the Paralympics, a Games volunteer carried the Afghan flag despite the absence of the two Afghan athletes. According to Olympics.com, the IPC had decided the flag would be represented in Tokyo as a sign of “solidarity and peace” to the rest of the world.

Khudadadi, who will compete in the women’s 44-49kg weight category in taekwondo on September 2, will be Afghanistan’s first female athlete to compete at the Paralympic Games since Athens 2004, according to the IPC statement. Rasouli is slated to participate in the men’s 400-meter T47 athletics event on September 3. (T47 is a classification for competitors with an upper-limb impairment.)

Before her evacuation, Khudadadi, in a video obtained by Reuters and posted to YouTube on August 18, pleaded to the international community for help as the Taliban seized control of her country following the withdrawal of American troops.

“I am currently imprisoned inside the house,” Khudadadi said in the video, which was translated by Reuters. “I cannot even go outside around this house with confidence and with security to go out to buy just a few things for myself, to train, to check on how anyone else is, or for anyone to check that I am not left out of the competition.”

She continued, “I request from you all, that I am an Afghan woman and as a representative of Afghan women, I ask you to help me. My intention is to participate in the Tokyo 2020 Paralympic Games. Please hold my hand and help me.”

The 23-year-old, who broke conservative stereotypes as a female athlete in Afghanistan, gained athletic prominence at age 18 when she won the first African 2016 Para-Taekwondo Championships in Egypt, per the IPC. Tokyo marks her Paralympic debut, and she will be the second woman ever to represent Afghanistan at the Paralympic Games, behind Mareena Karim, who competed at the 2004 Games.

Rasouli, 24, who lost his left arm in a mine blast, will also make his Paralympic debut in Tokyo. “It is a dream to participate at the Tokyo Games, and I want to win a medal for the country,” he told the IPC earlier this month.

According to the IPC, the athletes will not be available for media interviews during the games. AP reports that it is not yet clear where they will go after the Games conclude.

For more information on how to help the Afghan people, check out SELF’s previous article here. 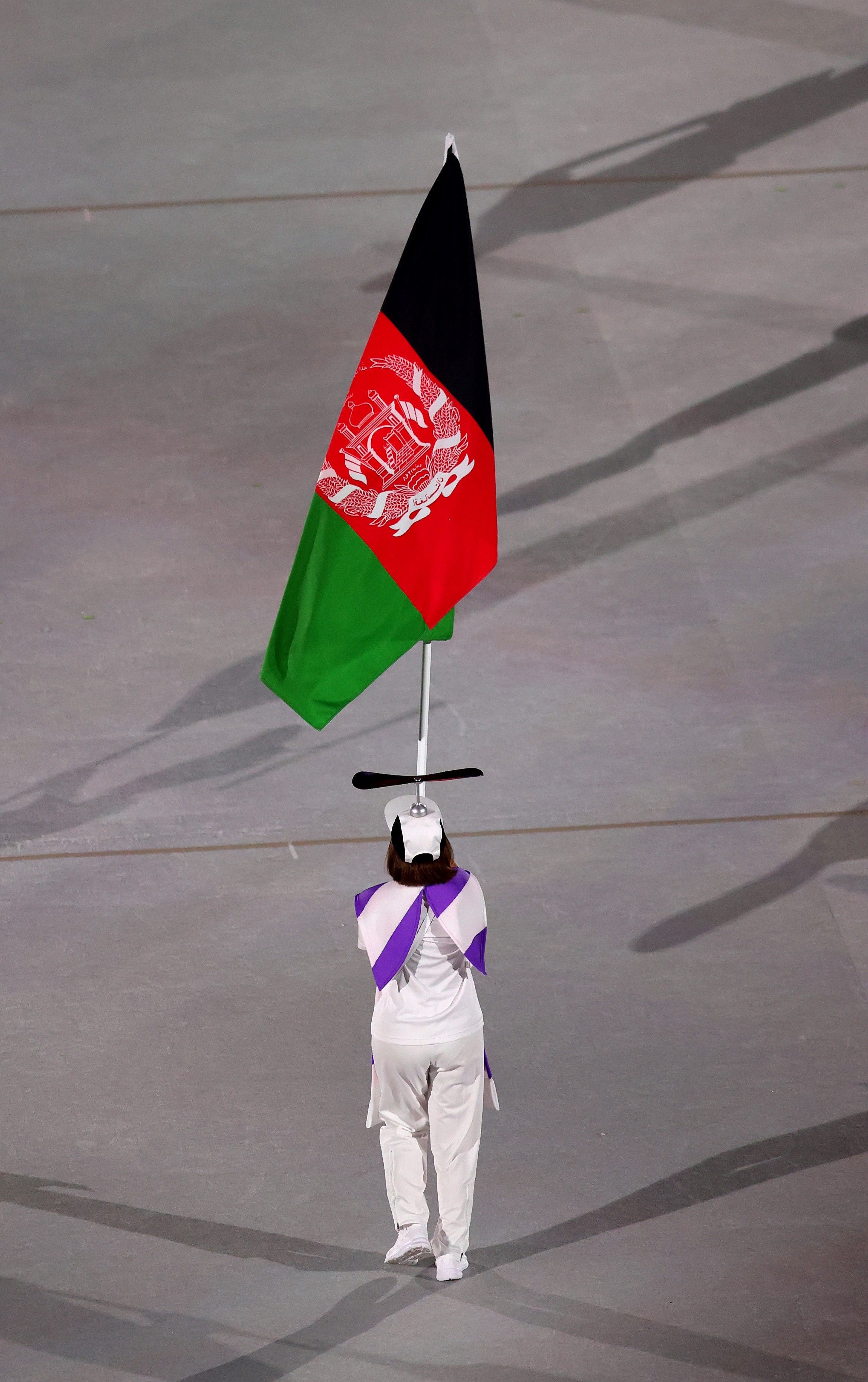 Trying to Keep Up With Grandma’s Love Life

How to Report Your Home Covid Test Result