I have a complicated relationship with dairy. Basically, I’m never sure if I can eat it or not. Sometimes, I’m able to down a plate of cheese and feel totally fine after, while other times I become so gassy and uncomfortable I swear I’ll never even look at the stuff again. Of course, I always do end up looking at (and eating) more of it, but every time I’m wondering if I’ll walk away feeling OK or like a cheese-filled balloon about to burst.

As anyone with lactose intolerance can attest, ingesting too much lactose doesn’t feel very good. Lactose is a type of sugar found in dairy products that can be hard for some people to digest—especially those with lactose intolerance. And while I haven’t been officially diagnosed with the condition, I do have many of the symptoms. But also, cheese is delicious, and I can’t imagine giving it up entirely. So I decided to look into it a bit more to figure out why different cheeses have different effects on me. And I actually have some very good news to report: If you have trouble digesting dairy, you may not need to denounce all cheeses forever, because not all cheeses have a lot of lactose in them. In fact, some of my favorite cheeses are actually pretty low in lactose for a few different reasons (including the way they’re aged and prepared), which might be why they don’t screw with my stomach when I eat them.

Of course, it’s important to note that everyone who has problems with dairy necessarily has lactose intolerance. It’s also possible to have a milk allergy, which is caused by the casein in dairy rather than the lactose, and the symptoms are often totally different, Suneal Agarwal, M.D., assistant professor of medicine-gastroenterology at Baylor College of Medicine, tells SELF. While a milk allergy can cause stomach pains similarly to lactose intolerance, an allergy typically presents with symptoms like hives, itching, swelling in the mouth, lips, and throat, wheezing, and in severe cases, anaphylaxis. On the other hand, he says the symptoms of IBS are nearly identical to that of lactose intolerance, but the condition can be caused by a number of different things (including dairy), so it’s hard to know whether or not lactose is at fault. Basically, if dairy makes you feel some type of way, you should check in with a doctor to get properly diagnosed.

The good news is that if you are, in fact, lactose intolerant, cheese doesn’t have to be off the table. The not-as-good news is that your tolerance for different types of cheeses—even ones low in lactose—is pretty individual. So it wouldn’t be responsible for us to tell you that you can go in on any certain variety. Still, it can be helpful to know which ones you might be able to eat without feeling sick. “In terms of how to judge how much lactose one can consume, unfortunately it’s an individual assessment,” Dr. Agarwal explains. “The enzyme that breaks down the lactose sugar (lactase) is found in the small intestine and [everyone has] variable concentrations of it.” Basically, the severeness of lactose intolerance varies a lot from person to person, and some people with the condition may not be able to handle any lactose, but a lot of others can enjoy low-lactose cheeses and feel totally fine.

With all that said, here’s what you should know about lactose in cheese if you’re looking to eat it and not feel like garbage.

Here’s what determines the amount of lactose in cheese.

Cheese is actually quite low in lactose compared to dairy products like milk, cream, and yogurt. Most contain less than 2 grams per serving (1 ounce), which is far less than the 12-13 grams of lactose you get in one serving (1 cup) of milk. Of course, most people don’t just eat 1 ounce of cheese in one sitting, so keep in mind that eating the better part of a cheese plate will probably mean you’re having way more than just 2 grams of lactose.

Interestingly, the cheesemaking process contributes to the amount of lactose. Every cheese goes through a slightly different process, but in general, making cheese basically involves removing whey (the liquid part) from milk and then acidifying and salting the remaining curd, says Andy Hatch, cheesemaker and owner at Uplands Cheese. “The manner in which each of these three steps occurs will determine the character of the resulting cheese,” including how much lactose is or isn’t in it, Hatch says.

For example, both soft cheeses like brie and hard ones like cheddar or Monterey Jack are low in lactose, but they go through two totally different processes, he says. Harder cheeses have the whey drained out of the cheese vat before the curds are packed into cheese forms for pressing. But softer cheeses, like brie and Camembert, don’t have their whey removed until after the curds are put into cheese forms, where “they will slowly drip out of the newly formed cheeses,” Hatch says.

“Approximately 97 percent of the lactose [in cheese] is actually lost as the whey drains during the cheesemaking process,” Cathy Strange, global executive coordinator of specialty product innovation and development at Whole Foods Market, tells SELF. Exactly when the whey is removed—whether at the beginning or the end—doesn’t really impact the amount of lactose a cheese will end up with.

What really determines that is the next step, fermentation, which begins as soon as lactic acid bacteria (which can be naturally occurring or added) starts metabolizing the milk’s lactose and turning it into lactic acid. This can begin at any time during the process depending on how a cheesemaker manipulates certain conditions, like temperature, moisture, and salt, Hatch explains. And, he adds, fermentation can happen before whey is drained and after its all gone—it will only stop when all the available lactose has been converted into lactic acid.

These are the cheeses that are generally lower in lactose.

Aged cheeses, both hard and soft—like Parmesan or brie—contain so little lactose that it’s virtually undetectable, Sasson says. In fact, things like cheddar and blue cheese can have as little as 0.1 grams of lactose per serving, though it will vary depending on the specific product, brand, or recipe. The key here is the extended aging and fermenting process, which can last for decades in some cases.

Any lactose that remains in a cheese after the whey has been drained will gradually be converted into lactic acid during lengthy aging processes, explains Lisa Sasson, clinical professor of nutrition at New York University. Because of this, the longer the aging process, the less lactose a cheese will have. In fact, Strange says that most cheeses that have been aged for over nine months won’t contain any at all. In one lab test of 121 different dairy products, researchers found that the levels of lactose in Swiss cheese, brie, Limburger, and even feta were so small they couldn’t even be detected.

There’s not really a hard and fast rule for exactly how long a cheese should be aged to warrant “aged” on a label. Some labels will say how long the item was aged for; others may not. So while picking an aged cheese is a good general guideline for making a low-lactose choice, it’s not foolproof. If you’d like to know more specifically about how a cheese was made or exactly how long it was aged, the best way to do so is to look up the company that makes it and even reach out to ask.

And these are the cheeses that are generally higher in lactose.

In general, fresh, wet cheeses like ricotta and cream cheese have higher levels of lactose, Strange says. These same cheeses also tend to contain higher amounts of whey, Joey Wells, senior principal product development and innovation expert for global specialty at Whole Foods Market, tells SELF. Even though they technically have more lactose than their aged counterparts, they still don’t have very much. For example, cottage cheese contains about 3 grams of lactose per serving while cream cheese contains only 1 gram—not that much more than what’s in those harder, aged cheeses. But again, we’re talking suggested serving sizes here, which isn’t always how people realistically consume cheese. Just saying.

Strange explains that the process for making fresh cheeses like ricotta and mozzarella is much faster than their aged counterparts, which means they retain more whey and have less time to convert lactose into lactic acid. They’re also usually wetter than their low-lactose counterparts because the whey hasn’t had long enough to fully drain off.

While it’s true that some cheeses are lower in lactose, it’s important to keep serving sizes in mind. Even a low lactose cheese may screw with your stomach if you eat a ton of it. And the truth is that even among folks with diagnosed lactose intolerance, sensitivity to lactose can vary greatly, Dr. Agarwal explains. Something that barely affects one person could leave another curled up in the fetal position with stomach cramps, which is why Sasson cautions against throwing back a bunch of cheese without giving it a try first. No matter the cheese you’re eating (even if it’s supposedly low in lactose), she recommends tasting a small amount first, then giving yourself time to see how your body reacts.

In general, it’s also best to eat cheese as part of a larger meal whenever you can, because eating it with other foods can make it easier to digest, Sasson says.

And unfortunately, Dr. Agarwal says there isn’t always an easy way to know for sure how much lactose is in a product, unless it’s explicitly marked low-lactose or something similar. So, if you’re really not sure how much lactose you should (or shouldn’t) eat, check in with your doctor first.

If you can’t tolerate even a small amount of Parmesan, your problem with dairy might be something else—like a milk allergy. Sasson says that while lactose intolerance isn’t life threatening, a severe allergy definitely can be, so if you’re not sure what you have or just how sensitive you are, talk with your doctor before experimenting with any cheeses. 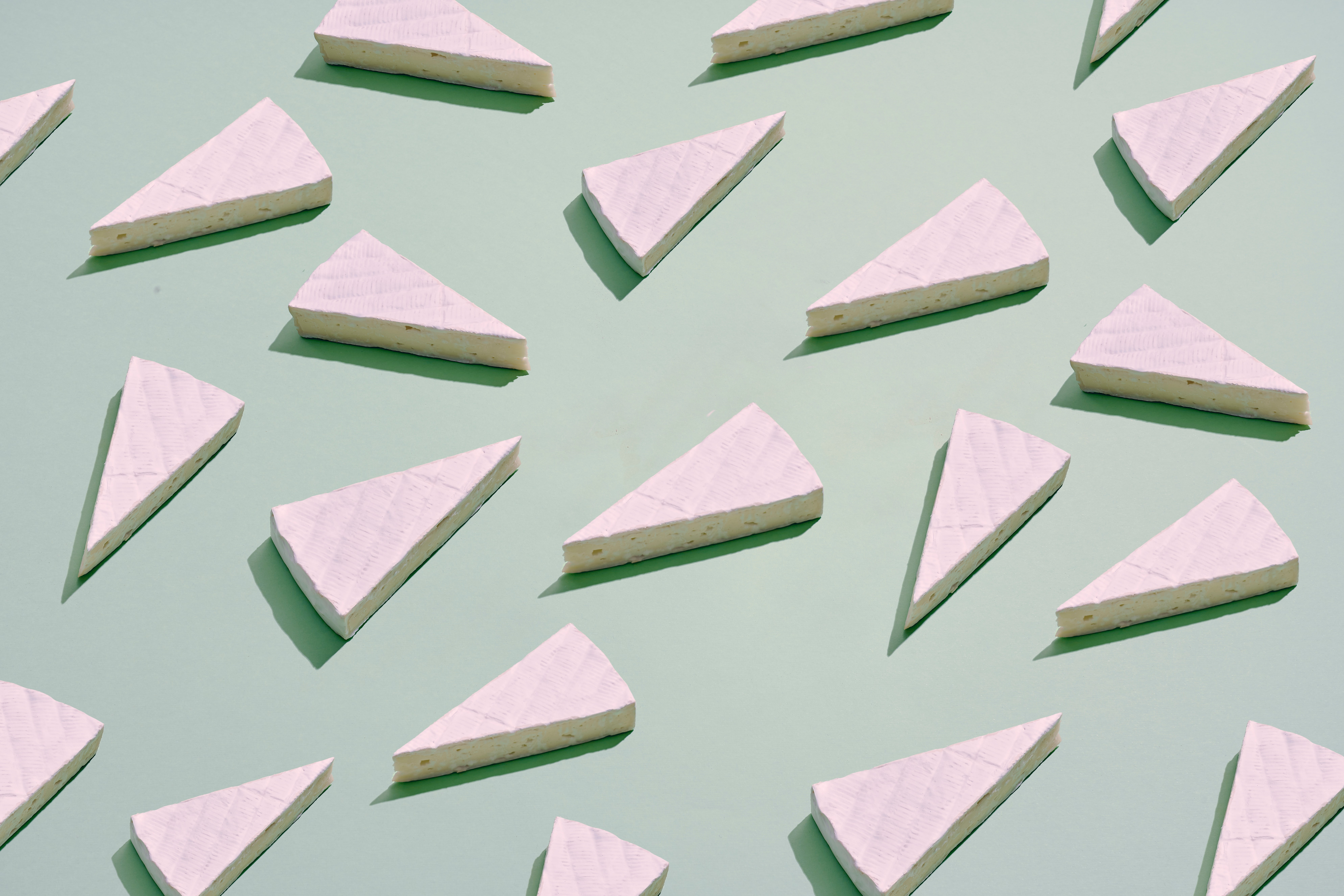 https://www.self.com/story/low-lactose-cheeses, GO TO SAUBIO DIGITAL FOR MORE ANSWERS AND INFORMATION ON ANY TOPIC

These Are the Different Kinds of Cheese With the Lowest Lactose

Finding a Balance Between Solitude and Loneliness

These Are the Different Kinds of Cheese With the Lowest Lactose Related Posts: