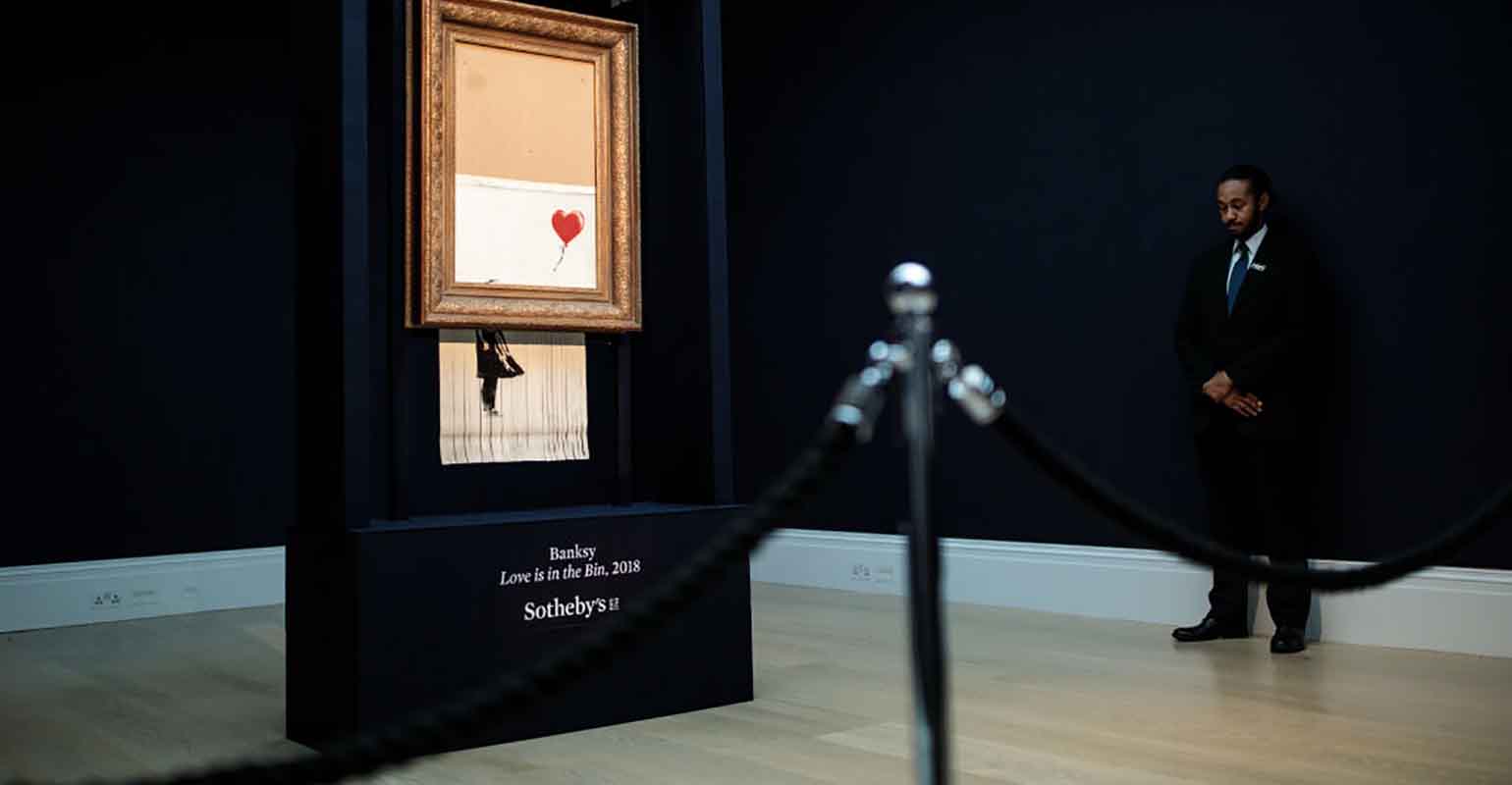 (Bloomberg) -- In 2018, a painting by Banksy began to self-destruct while it was on the auction block at Sotheby’s in London.

Just after the spray-painted artwork of a girl holding a balloon sold for about £1 million ($1.4 million) an alarm went off and the work slowly began to fall through a shredder hidden inside the frame. After it was about halfway through, the shredder stopped—or jammed.

Sotheby’s continues to insist it wasn’t in on the “prank,” even as it has announced that the work—still half-shredded—will return to auction on Oct. 14 with an estimate of £4 million to £6 million.

“Honestly, there was no involvement on our side,” says Emma Baker, a contemporary art specialist at Sotheby’s in London. “It’s just become an iconic image now that’s so ubiquitous in culture. You see it everywhere.”

If the sale achieves its high estimate, the painting will have appreciated nearly 500% in almost three years.

And while other works by Banksy have sold for more—a record of $23 million was set in March at Christie’s with an oil painting of a child playing with a nurse doll—the painting, which was initially titled Girl with Balloon (2006) and which the artist renamed Love is in the Bin (2018) after it was shredded, carries the highest pre-sale estimate ever placed on his pieces.

“If you look at Banksy’s market since the shredding incident, there’s been a massive change in the value of work sold at auction,” says Baker. “It’s the highest estimate ever placed on a work by Banksy, but if you look at the actual results achieved by Banksy, it still feels quite attractive and conservative.”

The 18 most-expensive works by Banksy to sell at auction have all occurred since the shredding incident. Just one of those 18 sold in 2019, according to Artnet’s price database; the rest sold in 2020 or 2021.

“The market for Banksy’s work has undergone such a dramatic change,” says Baker. “It will be a real test.”

The 2018 buyer of the work was an unnamed European collector, who made news when she announced through the auction house that she would go ahead with the sale.

After the auction, she allowed Sotheby’s to show it in an impromptu exhibition. “About 5,000 people came through our doors to see it,” Baker says. “It was quite incredible.”

The work was subsequently loaned to a private museum in Baden-Baden, Germany, and then placed on “long-term loan” to the Staatsgalerie in Stuttgart in 2019.

Baker says that immediately after the sale, technicians from Pest Control, the name of Banksy’s authentication body, disabled the shredder. “It no longer functions,” she says. “The mechanics are still inside but it’s been completely deactivated, so it won’t happen again.”

To contact the author of this story:
James Tarmy in New York at [email protected] 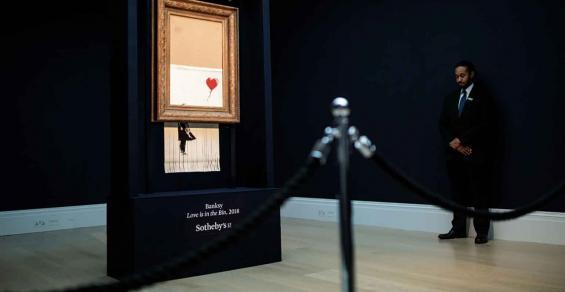 The Shredded Banksy Is Back, With a Much Higher Price

Heaven looks at you from the Brooklyn Bridge

Getting What You Pay For: Planned Obsolescence and Consumerism

The Shredded Banksy Is Back, With a Much Higher Price Related Posts: