Spotting during pregnancy can be a perplexing issue. Isn’t one of the boons of pregnancy not ruining more underwear with period blood? Sorry to break it to you, but this is a thing. According to the American College of Obstetricians and Gynecologists (ACOG), spotting during pregnancy happens in 15 to 25 percent of pregnant people. Though it’s probably easier said than done, there’s no need to automatically panic because you have some pregnancy spotting—it can actually be a completely standard part of the experience of growing a tiny human.

But when is spotting during pregnancy a sign of a possible problem and when is it normal? Here’s what experts want you to understand about this.

Spotting is another word for light bleeding, according to ACOG. Maybe you see a little bit of blood in your underwear or on the toilet paper after you wipe. Spotting during pregnancy essentially means any light bleeding from your vagina when you’re most definitely not on your period—because, hello, you’re pregnant.

There is not just one definitive cause for spotting during pregnancy. In some cases, spotting can be a sign of miscarriage or ectopic pregnancy, which happens when a fertilized egg implants in a fallopian tube instead of the uterus, Jamil Abdur-Rahman, M.D., board-certified ob/gyn and chairman of obstetrics and gynecology at Vista East Medical Center in Waukegan, Illinois, tells SELF. It can also sometimes signal preterm labor or infection, he explains.

But there are also plenty of other less serious reasons for spotting during pregnancy.

Difference Between Spotting vs. Bleeding

Spotting is another word for light bleeding, ACOG says, and that’s definitely different from having a heavy flow. But spotting is technically still bleeding. Your cervix may bleed more easily during pregnancy because more blood vessels are developing in this area. ACOG specifically says that it’s “not uncommon” to have spotting or light bleeding after sex, a Pap test, or pelvic exam when you’re pregnant. If you’re soaking through less than one pad or tampon in three hours, that’s generally considered mild bleeding or spotting and is likely no big deal, Sherry Ross, M.D., an ob/gyn and women’s health expert at Providence Saint John’s Health Center in Santa Monica, California, tells SELF. Still, if you’re concerned or it continues, that’s certainly worth bringing up with your doctor, midwife, or care provider.

In general, there are several circumstances that are thought of as typical, common reasons for spotting during pregnancy.

First and foremost, spotting can occur because of implantation bleeding, which happens when a fertilized egg implants into your uterine lining, the experts explain. This typically happens within one to two weeks after conception, according to ACOG.

Pregnancy also creates more blood flow than usual to the uterus, vagina, and cervix, says Dr. Abdur-Rahman. That blood can seep out after sex or any other physical activity, or even for seemingly no reason, he explains.

How to Tell If It’s a Problem

To reiterate, pregnancy spotting is usually nothing to freak out about. But it’s good to know what’s normal and what’s not. Below are the signs that something might be up with your pregnancy and when you should call your care provider.

1. The bleeding is pretty heavy.

If you’re going through more than one pad or tampon in three hours, that’s considered moderate bleeding, Dr. Ross says. Anything more than that is heavy bleeding. During pregnancy, both moderate and heavy bleeding can be worrisome, she explains. If you think you’re experiencing either of those, get in touch with your doctor ASAP. This is especially important if you see a lot of tissue or clots in the blood, the Mayo Clinic notes.

Cramps often accompany spotting, so you might feel some twinges of discomfort here or there. But anything that morphs into more significant pain is worth noting and potentially calling your doctor about. “Mild cramping can be considered normal, but if you have to sit down or put a hot water bottle on your lower back or it’s anything more than a little cramping, it’s more of a cause for concern,” says Dr. Ross. 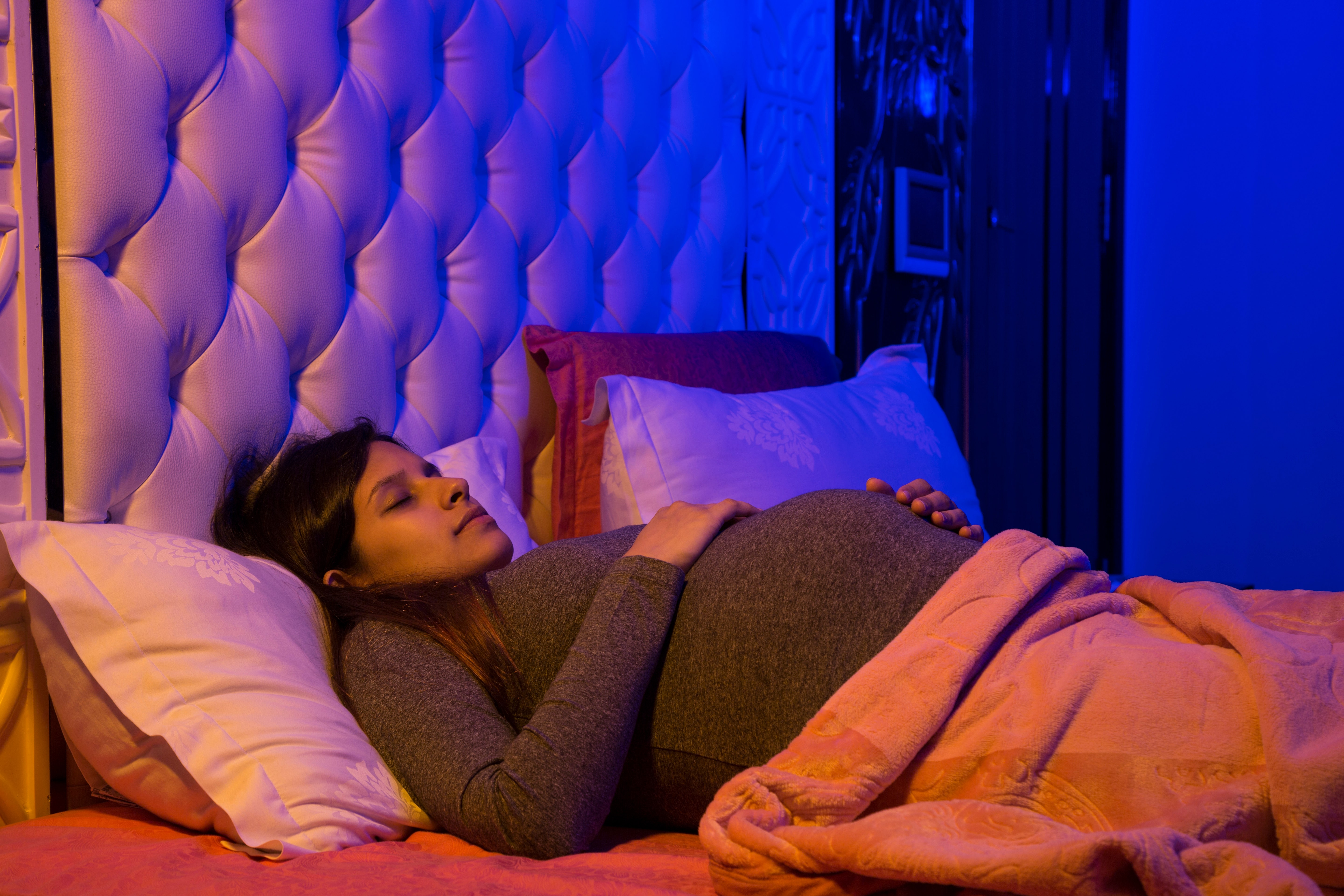 Spotting During Pregnancy: When It's Normal and When It Could Signal a Problem

15 Recipes That Don’t Require Any Chopping to Prep

Why Homeowners Should Invest in a Fence Around Their Property

Spotting During Pregnancy: When It’s Normal and When It Could Signal a Problem Related Posts: