“I mostly pick my face,” Daniela G., who has skin-picking disorder, tells SELF. “But also my scalp, my back, and my chest. For me, the scarring is the most distressing part. They’re not deep scars, but I have a lot of them.” Daniela, 28, is one of an estimated 2 to 5 percent of people with the condition, also known as excoriation disorder or dermatillomania. Despite how many people have it, skin-picking disorder is often misunderstood—sometimes even by therapists. “It’s rare that I find someone who has actually heard of it, even professionals,” Daniela says.

Some people tend to dismiss skin-picking disorder as just another bad habit. After all, who hasn’t popped a zit or incessantly yanked at a cuticle? But compulsive skin-picking is a recognized mental health disorder, with potentially life-changing results like painful wounds and serious infections. People can’t “just stop” and instead need specialized treatment to manage their symptoms.

And in a cruel twist, the coronavirus pandemic has the potential to drastically exacerbate compulsive skin-picking, just as it can with so many other mental health conditions. Keep reading to learn what excoriation disorder really is and is not, why the pandemic can make life with this condition harder than usual, and what you can do to cope if you deal with it.

Skin-picking disorder is a body-focused repetitive behavior, or BFRB.

BFRB is an umbrella term for different kinds of compulsive self-grooming. According to the TLC Foundation for BFRBs, this can include a host of behaviors like biting, pulling, picking, and scraping any part of your body. Other BFRBs include trichotillomania (hair-pulling), cheek-biting, and onychophagia (nail-biting).

BFRBs are classified as “obsessive-compulsive and related disorders” in the Diagnostic and Statistical Manual of Mental Disorders (the official guide for diagnosing mental health conditions in the United States). That doesn’t mean BFRBs are the same as OCD, though. “With OCD, if you don’t do the compulsion, it causes tremendous anxiety,” Laura Santner, L.C.S.W., a clinical social worker and therapist specializing in BFRBs who has trained with the TLC Foundation, tells SELF. “A BFRB is very uncomfortable, but it’s not a feeling that something bad is going to happen if you don’t engage in the behavior,” says Santner, who has trichotillomania herself.

Of course, it’s completely possible to pick at your skin without having a BFRB. So when does this behavior cross the line into a disorder?

“It’s very common to pick at pimples, blisters, and scabs,” says Santner. “What makes it a disorder is if it interferes with your daily life and causes significant distress, like not wanting to go to work because you’re embarrassed or it hurts.” According to the TLC Foundation, other diagnostic criteria for skin-picking disorder include repeated attempts to stop picking, picking intensely enough that it causes damage to the skin, and the symptoms not having another cause, like substance use or a different mental health disorder.

Experts aren’t sure why some people develop dermatillomania and others don’t, though there does seem to be a genetic component, Santner says. And while not everyone picks for the same reasons, common triggers include difficult or distressing emotions, your skin feeling or looking a certain way that compels you to pick, and thinking your skin will feel or look a certain way if you pick at it, according to the TLC Foundation. Depending on what triggers you, you might be intensely focused on the act (like picking while staring at your skin in a magnifying mirror), or skin-picking can be completely subconscious. “It’s something that we’re often not aware of until we’ve already done it,” Daniela says. “Sometimes you’re doing it while doing something else, like reading, or you’re just in a trance-like state. It’s very frustrating.” 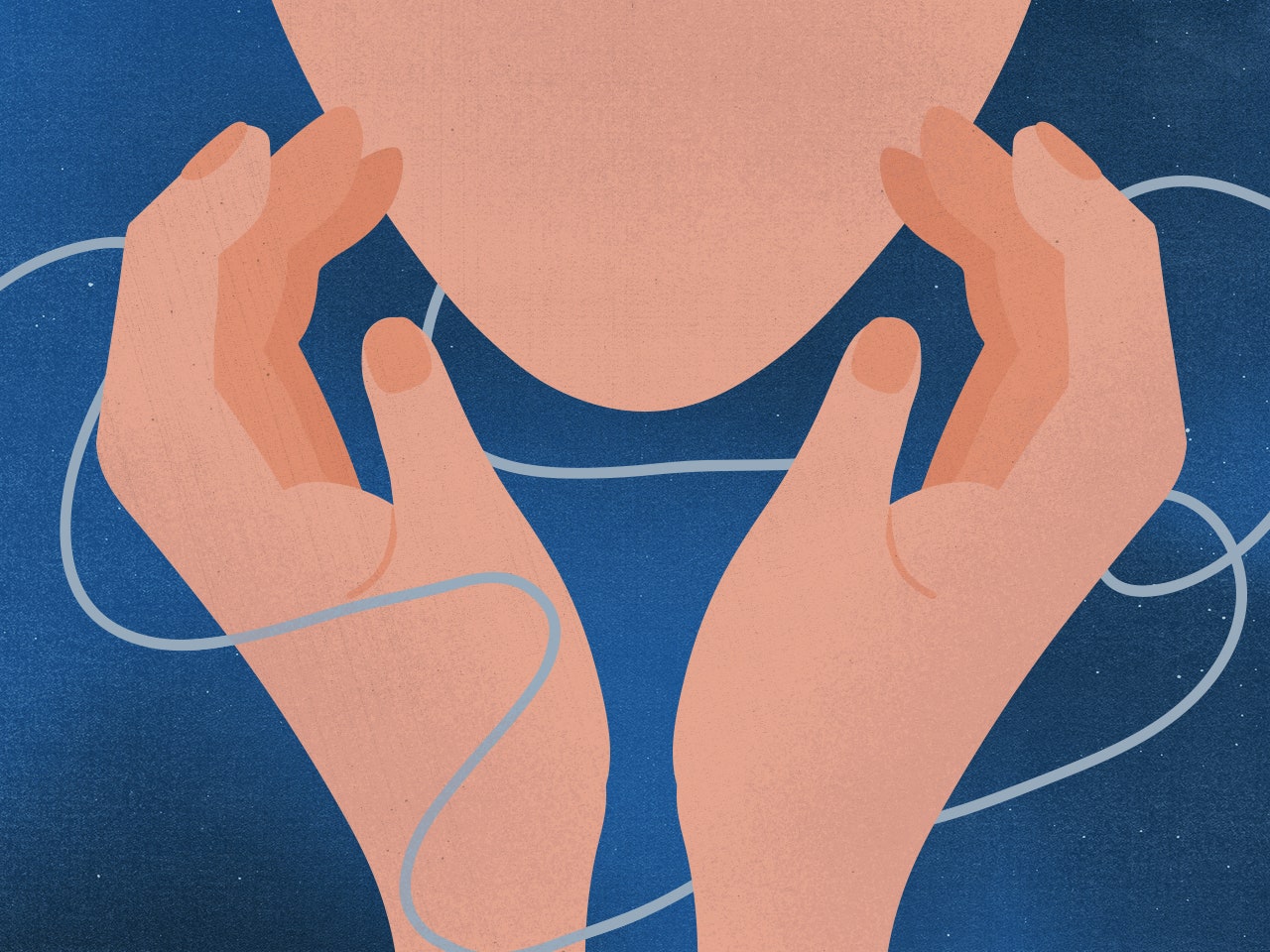 When Your 200-Month-Old Can’t Sleep Through the Night

This SPF 30 Moisturizer Turned Me Into a Mineral Sunscreen Fan

Colloidal Oatmeal: Why Derms Love This Ingredient for Dry or Irritated Skin

Skin-Picking Disorder Is Even Harder to Manage During the Coronavirus Pandemic Related Posts: