UPDATE 8/8/21: On Friday, Quinn made history as the first-ever openly transgender athlete to medal at the Olympic Games, when the Canadian Women’s National Team clinched soccer gold in their final match against Sweden, as NBC reported.

“I think for me, I was really proud to get here and just the performances that I put out on the pitch,” Quinn said, according to the Associated Press. “For me it’s just been getting back to why I love the sport, because I know there’s a lot of external stuff going on all the time and so I think once I step on the pitch, it’s just finding the joy that I found as a kid. Trying to take all the pressure away and just enjoy the moments.”

The victory also marked the first time that Canada won Olympic gold in soccer—men’s or women’s, reports CBS. The Canadians defeated Sweden 3-2 in a penalty shootout.

After the win, Quinn posted a photo on Instagram of themselves smiling and holding up the gold medal.

Two days before the opening ceremony at the Olympics, Quinn made history as the first openly transgender athlete to compete in the Games. On July 21, the OL Reign soccer star played in Canada’s match against Japan, which resulted in a 1-1 draw in Tokyo.

Quinn, who is non-binary and uses they/them pronouns, embraced the milestone on Instagram while also acknowledging there is much more work to be done for trans inclusion in sports and beyond. The midfielder came out as transgender in September 2020.

“I feel proud seeing ‘Quinn’ up on the lineup and on my accreditation. I feel sad knowing there were Olympians before me unable to live their truth because of the world,” Quinn, 25, wrote in an Instagram post on Thursday. “I feel optimistic for change. Change in the legislature. Change in rules, structures, and mindsets. Mostly, I feel aware of the realities. Trans girls being banned from sports. Trans women facing discrimination and bias while trying to pursue their Olympic dreams. The fight isn’t close to over….and I’ll celebrate when we’re all here.”

Quinn’s call for action comes at a time in the U.S. when anti-trans legislation is on the rise. In June, the governor of Florida signed a law banning transgender girls from joining girls’ sports teams in schools and colleges. The law is one of 13 anti-trans bills conservative U.S. lawmakers have passed this year, and one of more than 110 proposed bills, according to The Guardian.

At the same time, though, there have been some steps toward progress in sport. New Zealand weightlifter Laurel Hubbard is also slated to make Olympic history as the first openly transgender athlete at the Summer Games on a team that matches her gender identity when she begins competition in the women’s 87+kg weight class on August 2. (According to NBC Sports, transgender women have been eligible to compete at the Olympics since 2004, and the International Olympic Committee most recently updated its guidelines for inclusion in 2015.) Over 157 LGBTQ+ athletes will participate in the Tokyo Games, a huge increase from the 56 who competed in 2016 and the 23 in 2012, GLAAD says.

Since coming out last fall, Quinn, who helped Canada win bronze in the 2016 Games, has been a vocal advocate for increasing acceptance and support for everyone in the trans community.

“I want my story to be told because when we have lots of trans visibility, that’s where we start making a movement and start making gains in society,” they told OL Reign in a blog post shortly after the announcement. “At the same time, I think there’s such a responsibility for me to uplift the voices of other marginalized trans folks in order to diversify the number of trans stories that the general audience is hearing.”

As for what comes next? Quinn and the rest of the Canada Women’s National Team are scheduled to play Chile on July 24. Here’s how to watch all the Olympic events, whether you’re looking for television or streaming options. You can also follow @SELFmagazine on Instagram for highlights, recaps, and updates throughout the Games. 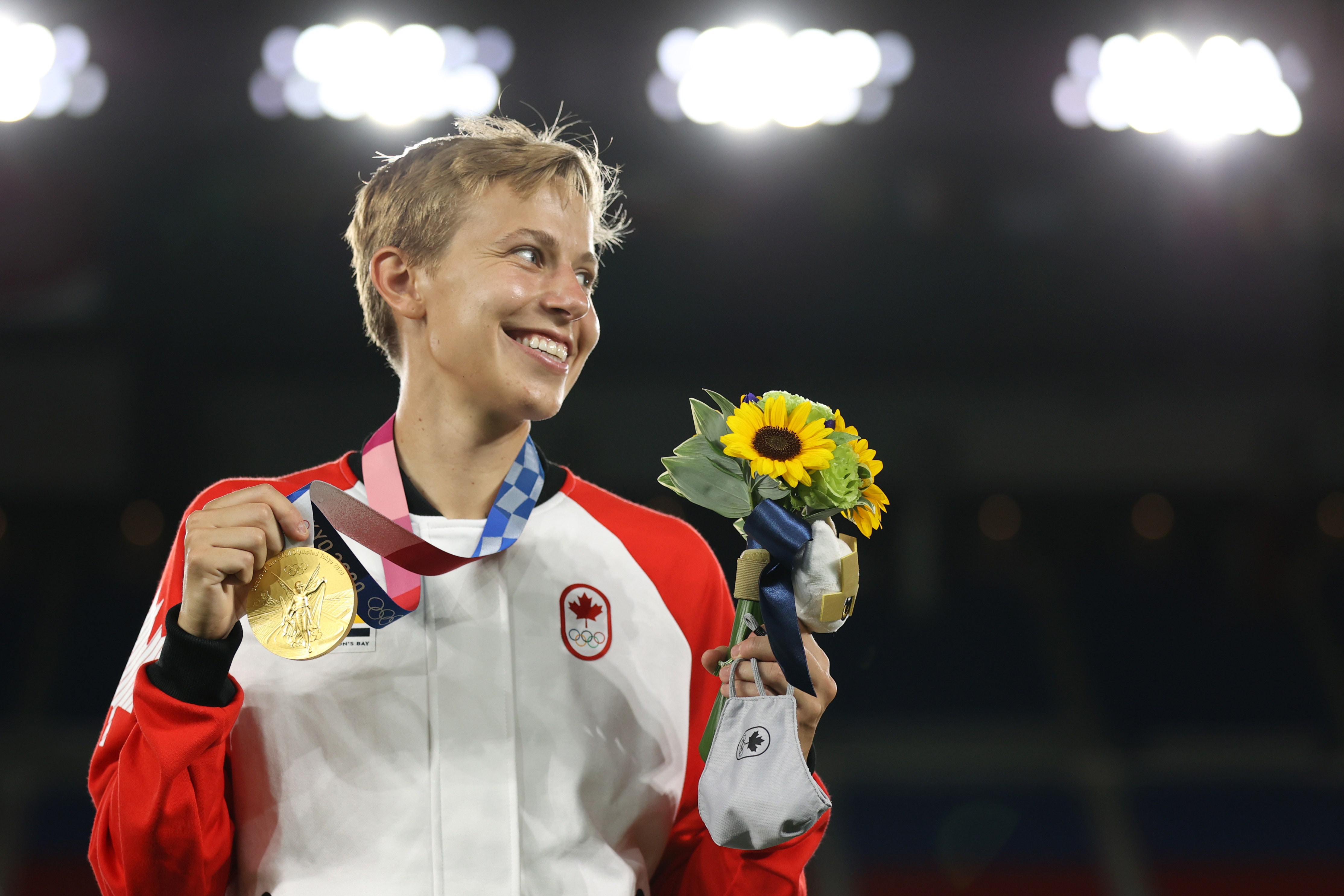 Why You Should Invest on The Best Fishing High-End Rods