How to Change Your Habits Now Instead of Later 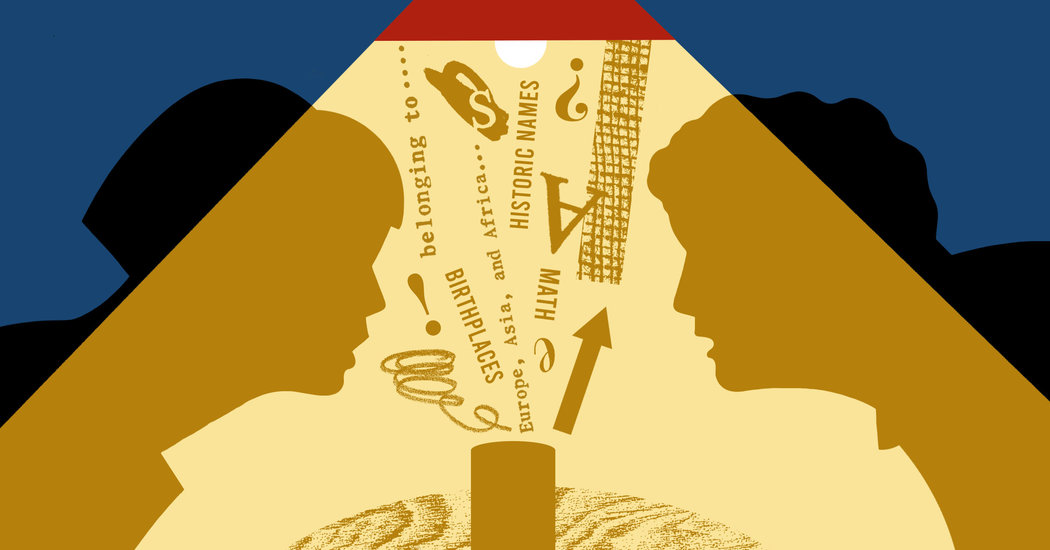 Although my parents barely understand Instagram and pocket-dial me at least once a month, they tend to be early adopters when it comes to technology. So it wasn’t a surprise when, on a visit home last year, I noticed an Amazon Echo speaker perched on a living room windowsill. “This thing is great,” my dad said, explaining how he and my mom used it to control the TVs and lights. “But the best part about it,” he added quietly, as if he were letting me in on a secret, “is ‘Jeopardy!’”

Every night before bed, I learned, my 50-something parents used the Echo to play a free, five-minute round of trivia, answering a dozen questions in each of the categories used that day in the TV show, from celebrity culture to Shakespeare plays. They weren’t regular viewers of the show, but they were familiar enough with Alex Trebek’s voice to be soothed by its use in the Echo version.

To win the game, they did not have to try to buzz in faster than other participants, but, as they made sure to emphasize, it was still very much a competition. At the end of each week, my dad explained, their correct answers were tallied and ranked among those of the other million-plus nameless “Jeopardy!” players around the globe. “And most of the time,” my mom smugly noted, “we’re in the top 1 percent.”

They blinked. “Nothing. It’s just fun.”

Watching them tackle a game that night, it sure didn’t look like fun to me. “Alexa, let’s play ‘Jeopardy!,’” my mom began, the syllables clear and unmistakable for a reason I’d soon learn. A moment later, the show’s iconic music filled the room. “You ready?” My dad asked, but as I started to answer, the music changed and I was heartily shushed. Trivia had begun.

The questions started off easy, with answers we could pinpoint without issue. Yet each time, my parents still made sure to discuss all the possible choices before revealing their final pick, practically holding their breath as they waited for Alexa’s anticipated “That’s correct!” By round four, tired of spectating, I felt ready to join in. Asked for the name of a beloved Harry Potter character, I shouted it out with confidence, ignoring my mom’s frantic “no!” A moment later, Alexa announced it was wrong. “But it wasn’t!” I protested. My dad sighed. “You didn’t enunciate enough,” he grumbled, exchanging a look with my mom that clearly said I should’ve known better.

After that first mistake, I kept my mouth shut as the two of them took on question after question, answering incorrectly just once more before ending the game topping the leader board. It was easy to laugh — try listening to your frazzled mom shout “Alexa, repeat!” five times in a row and not laugh — but their commitment to the fast-paced game was impressive. And it paid off. I watched them win again the next night, and then on plenty more nights after that during other trips home.

It seemed harmless enough. No personal information was needed to play, although Amazon is able to identify its Prime members and reward them with a few extra questions.

[Get tips from Well delivered each day to your smart speaker with My Well Minute, our new Flash Briefing skill on Alexa. Find out how to get started here.]

Over time, I learned to join in with carefully enunciated responses so as not to ruin their streak, contributing answers from my deep Kardashian knowledge base or showing off my geography skills. But mostly, I just watched.

Seeing my parents play gave me a new, illuminating window into their marriage — one that showed who they were as a couple, without me. When they furiously strategized over questions, whisper-shouting words so quickly it barely sounded like English, I saw the shorthand they had developed after more than 30 years together. When my mom automatically looked to my dad for his history know-how, and he to her for her literature expertise, I saw how comfortably they relied on one another to fill in their own blanks. And on the rare occasions when they got an answer wrong, or lost credit on a right one for failing to enunciate clearly, I saw their shared frustration, then the laughs that showed they didn’t really care. It was just a game. But it was their game.

When I was growing up, my parents always made sure that I knew they were secure in their marriage, two adults with full, happy lives separate from my own. Yet as an anxious only child who watched “The Parent Trap” and “Mrs. Doubtfire” one too many times, I still needed proof. More nights than not, I would say good night to my mom and dad and then retreat across the hall into my bedroom, where I’d listen through the walls for the sounds of them catching up on the day or sharing jokes before sleep. I could rarely make out what they were saying, but it didn’t matter; it was reassuring just to know they had things to talk about, that they wanted, night after night, to wrap up their days together.

Now, with my parents over three decades into their marriage, my worries about their strength as a couple are long past. But when I watch them play trivia, I feel like I’m once again 10 years old with my ear to the door, listening in as they finish up another night’s routine. Yet this time, the wall has been removed; I don’t have to eavesdrop to learn how my parents feel about one another.

With every round of trivia, the truth is revealed — that is, as long as it’s spoken loudly enough for Alexa to hear it.

Rachel Simon is the deputy editor at HelloGiggles and a writer currently working on a memoir.

https://www.nytimes.com/2020/02/21/well/family/parents-marriage-jeopardy-alexa.html, GO TO SAUBIO DIGITAL FOR MORE ANSWERS AND INFORMATION ON ANY TOPIC

My Mom, My Dad and Amazon’s Alexa

My Mom, My Dad and Amazon’s Alexa Related Posts: