Car Accessories You Need After Having A Baby 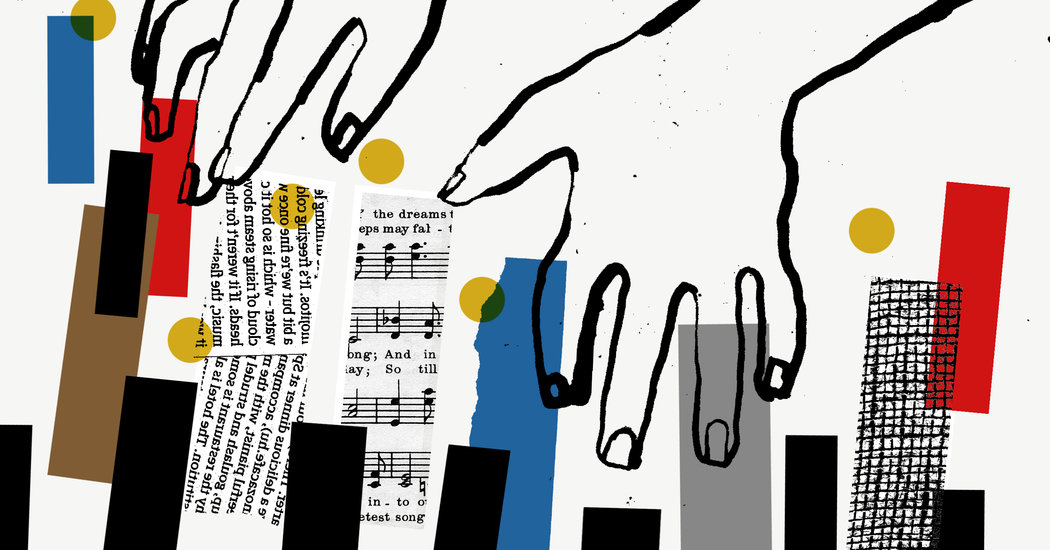 For my 16th birthday in 1985, when all 12 of my older siblings had left home, my father made me a tape of himself performing two songs.

The first was an old standard which he sang and played on the piano he and my mother had purchased 40 years earlier, even before buying a bed. He’d made a career of playing piano and singing in local bars. On the tape, he introduced the second song with a cheerful, “Here’s a tune that I wrote one time for Amy. It’s called ‘Amy.’”

I would have preferred a different gift — a nice Forenza sweater from The Limited maybe. The tape embarrassed me; its earnest singing and piano playing and soft father and corny lyrics made me cringe. The sound of the piano was the language of my father’s heart, and at 16 it was too big for me.

But when I was alone at college and missing home, I would pop the tape into the boombox in my dorm room. Within the gray walls of the gray towers beneath a gray Albany sky, I could smell my father’s neglected pipe wafting a licorice smoke from the ashtray, his sweet Darjeeling tea going cold while he was in the throes of composing.

The last time I heard him play, he was old. Even with two days’ distance from dialysis, he would slump, during his break, into a chair at the table where my mother and I camped for the duration. She and I shared an appetizer, stretching it through both sets. My father smoked and drank the cranberry juice the waitress brought him before he even sat down. It was nice when we got a waitress who knew who my father was, that he’d been drinking cranberry without the vodka for 15 years, and not one who saw an old man instead of a legend.

After my father died the local newspaper ran articles about his career, saying he’d had a few brushes with fame, but chose to live in the upstate New York town where he was born. My mother continued getting the piano tuned, and in her humble little house it was the one thing that wore the gloss of furniture polish. A well kept gravestone, it transformed my father’s absence into an unsettled, undead presence.

In our big family, he hadn’t been the kind of father who threw a ball, who vetted his daughters’ suitors, or who taught his sons how to tell a joke. When we kids had lice, his contribution was to sit down at the piano and compose a haunting march entitled “Bugs.” The lyrics went like this: “Bugs. Bugs. Bugs. Bugs. Bugs,” chanted in a trance-inducing monotone. But what his artist’s life had given me was an instinct for music, despite not playing any instrument, that made me need it like home. And I wanted to pass it on.

My son, Miguel, started piano lessons when he turned 7. Everything is fun when you’re 7, even piano lessons. For his first recital he dressed in a bow tie, a cape and a mustache. His teacher introduced him as “Bobby Doyle’s grandson” before he poked away at “Jingle Bells.” For the next five years he played dutifully and without complaint, practicing 15 minutes every day, and performing a few tunes whenever Grandma came over.

But then Grandma died and my father’s piano went to my brother’s house. My son turned 12 and piano was corny and girlie. He hated the music he was learning; it wasn’t fun; it embarrassed him; it made him cry. One day he melted down on our piano with a diabolical, discordant pounding. “Nobody else’s parents make them play the” — he wanted to swear so badly, but just screamed through ground teeth — “piano!” He sobbed thick and desperate. This was not the behavior for a prodigy, I thought, not without some disappointment. But the truth of his complaint — that a musical life made him stand out — had the effect of a three-note dramatic sting. I could not let him quit.

I just needed to get him through middle school. Then, I believed, his own interest would take over. It was like pushing a rock up a hill, but the rock played such beautiful music.

We changed teachers. Miguel would no longer learn piano the traditional way: reading music, playing “Für Elise.” He would learn to play improvisational jazz by ear, as my father had. We promised he could quit at the end of eighth grade. We paid him to practice. We signed him up for a performance group, though he refused to play anything but chords, no solos.

Then a letter arrived from my sister who had been in charge of our mother’s finances. Our parents’ modest assets were testament to a life spent accumulating a different kind of wealth. Their little house, assessed at $19,000, had been a witness to profound creative moments, and to the electric life and deep connections that music creates. After paying all of mom’s debt, my sister wrote, there was enough left over for each sibling to get $776.

It wasn’t enough to change a life, but it wasn’t nothing. It felt pitiful compared to the wealth some of my friends inherited, and it also felt royal. There was so much I could have done with the money: the porch was sinking and dental bills loomed. But I wanted to spend it on something personal and permanent and priceless. I knew exactly what I would buy.

When the Casio Privia electronic keyboard arrived from Amazon, with the deluxe bag and chrome pedal, Miguel gave it a passing glance and flipped his hair. “I don’t know why you bought that,” he said with no variation in tone. “I’m quitting piano at the end of this year.”

After his first gig on his new instrument, I asked Miguel how the piano sounded during his solo. “O.K., I guess,” he said and disappeared before I could try to start an actual conversation. Every once in a while something like that happened that lightened the weight of the rock, or just made it feel like it was a piano I was pushing up the hill.

Until a recent high-profile gig for which he was told he wouldn’t need to bring his keyboard. Ten minutes after I dropped him off, he called me. “The keyboard they have is trash,” he said in his typical low monotone. “Can you bring mine?”

Trash. I hated that word. I could picture him flipping his hair through the phone line as he said it. And mine was so territorial, so materialistic, so possessive, greedy and grabby. And together, they were so … wonderful. But I kept my voice cool, trying to sound a little annoyed. “I’ll be right there,” I said as a goony grin smeared across my face, “with yours.”

Amy Doyle is a writer, teacher and mother living in Auburn, N.Y.

https://www.nytimes.com/2019/09/13/well/family/my-fathers-musical-legacy.html, GO TO SAUBIO DIGITAL FOR MORE ANSWERS AND INFORMATION ON ANY TOPIC