The Consulate General of Switzerland in New York City will host a solo exhibition by abstract expressionist Kelly Fischer entitled Kelly Fischer: Blending Worlds on September 18th at 633 3rdAvenue.The exhibit will be the seventh edition of Art @ The Consulate, a curatorial program which showcases Swiss artists in the United States. “You have to be a Swiss citizen to exhibit there so that means the world to me because I’ve been a Swiss citizen, as well as an American one, for over 30 years,” Fischer said. The Swiss artist has recently shown at the Cultural Center in Mijas, in Malaga, Spain, ANF Gallery in Memphis, TN and the Jackson Hole Fine Art Fair. HG Contemporary Art Center serves as her advisor.

The New York series is perhaps the biggest among Fischer’s many street art series. That bustling scene spoke to her particularly because she is adamant about including people in her work. “I’m the youngest of nine, and the idea of somehow having people in my artwork is just very important to me,” she says. “The circles in my street art represent people.”

The hectic urban atmosphere also affects her use of colors, which she chooses depending upon what is happening in the scenes she portrays. “My street art Avenue B series is, obviously, quite busy artwork, because there’s a lot going on over there.”

Though she visits New York often, her latest stay in the city was a revelation in a way. “I had a solo exhibition there last May, and I stayed in the East Village, on Avenue B for a month,” Fischer explains. She had never stayed in that area before, and there was so much going on. “Just the people – there were a lot of schools in the area, a lot of children walking around, as well as older people, there was a lot of street art, lots of cars. Really pretty much everything you can imagine on one street.” 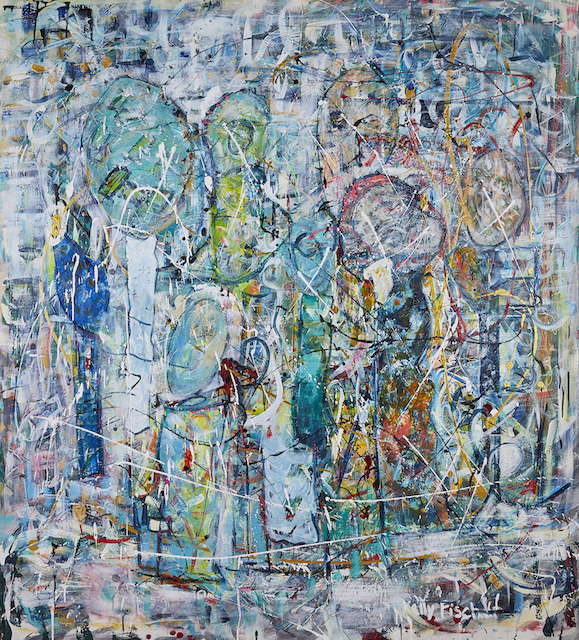 “The Most Beautiful Color of All”

Fischer has published 12 children’s books, which she tries to work in with her art exhibits. The Santa Fe Children’s Museum sponsored a special edition of her book, “The Most Beautiful Color of All,” and she visited and painted murals of the children. She works with Miami Dade University’s children’s program, and they’ve given her solo exhibitions for her art. “I try to combine these [interests] the best I can.”

At age 22 the Tennessee native went to study in Europe, and there she met and later married a Swiss man. She founded a Montessori School in Bern but was always an artist. “Even when I ran my school, I was teaching art, and I’d put on art shows for the kids. I was always doing a little bit of writing and painting on the side,” she says. 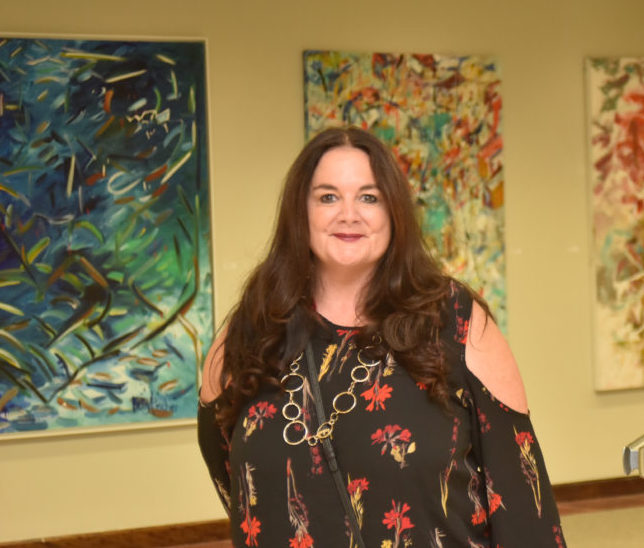 While Switzerland is Fischer’s home, she now splits her time between Bern, Switzerland and Memphis, Tennessee, where she grew up. Over the past five years, Fischer has been exhibiting throughout the U.S. so extensively that she decided to buy a condo/studio there as a base where she can paint and visit family. In her abstract expressionistwork, Fischer adds textures and colors layer by layer to tell a story which is driven by her creative impulses. In her latest pieces, she invites the audience to experience two cities that she loves – Bern, Switzerland, where she resides and works, and New York City, where she loves to visit. kelly-fischer.com