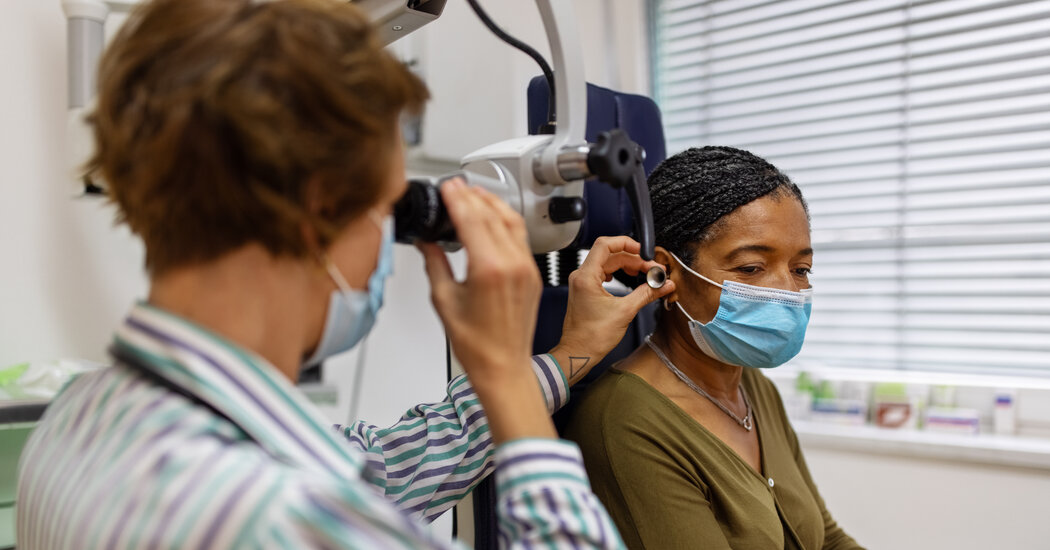 Natalie Lambert, an associate research professor of biostatistics and health data science at the Indiana University School of Medicine, surveyed nearly 5,200 “long-hauler” Covid-19 patients and found that nearly 17 percent reported new tinnitus, with more than three-quarters of those people saying it was ongoing. She cautioned that more research is needed to confirm the results, which have not yet been peer-reviewed or published in a medical journal.

There’s also evidence that Covid-19 symptoms can exacerbate existing tinnitus. In one online survey of about 3,100 people from 48 countries who suffer from tinnitus, researchers found that among the 237 people who experienced Covid-19 symptoms, 40 percent said that their tinnitus symptoms had been significantly worsened. Nearly a third of all the respondents also reported the stress of the pandemic itself exacerbated their tinnitus, even if they hadn’t contracted Covid-19. “We know that anxiety can worsen tinnitus, and it becomes a vicious cycle: The worse your tinnitus, the more anxious you are,” Dr. Hildrew said. “It becomes a very aggressive loop that can be difficult to break.”

How does tinnitus affect mental health?

When Marlene Suarez contracted Covid-19 during the second week of January, her symptoms of fever, cough and difficulty breathing weren’t so severe that she needed to be hospitalized, but they were bad enough to warrant treatment with monoclonal antibodies to reduce her risk of serious complications. About a week after her diagnosis, while watching TV, she noticed a ringing in her left ear, and that she couldn’t hear anything in her right.

“I went to the emergency room, where the E.N.T. on call said it was probably from Covid-19,” said Ms. Suarez, 62, an attorney in Collinsville, Ill. The ringing continued for weeks. “I was so depressed and scared I’d never get better,” Ms. Suarez said. “I speak and talk for a living — how was I going to be able to have a conversation with a client or present in court if it constantly sounded like bells were exploding on my left side?”

Ms. Suarez was given oral corticosteroids for several weeks, and now, more than two months later, her tinnitus and hearing loss have mostly resolved. But for many with more chronic ringing in the ears, the result can be devastating.

Tinnitus has been linked to several mental health conditions, including anxiety and depression, and mostly in women. “It can be particularly challenging for many people initially because it’s something they have absolutely no control over,” said Richard Tyler, an audiologist at the University of Iowa Carver College of Medicine. “No one can tell them if it will get worse, or if it will eventually go away. Suddenly, they have trouble sleeping, they can’t carry on a conversation, and they can’t concentrate. It can seem an overwhelming challenge.”

https://www.nytimes.com/article/covid-symptoms-ears-ringing.html, GO TO SAUBIO DIGITAL FOR MORE ANSWERS AND INFORMATION ON ANY TOPIC

Is Ringing in the Ears a Symptom of Coronavirus?

Billy Porter Reveals His HIV Diagnosis: ‘I’m the Healthiest I’ve Been in My Entire Life’

Is Ringing in the Ears a Symptom of Coronavirus? Related Posts: