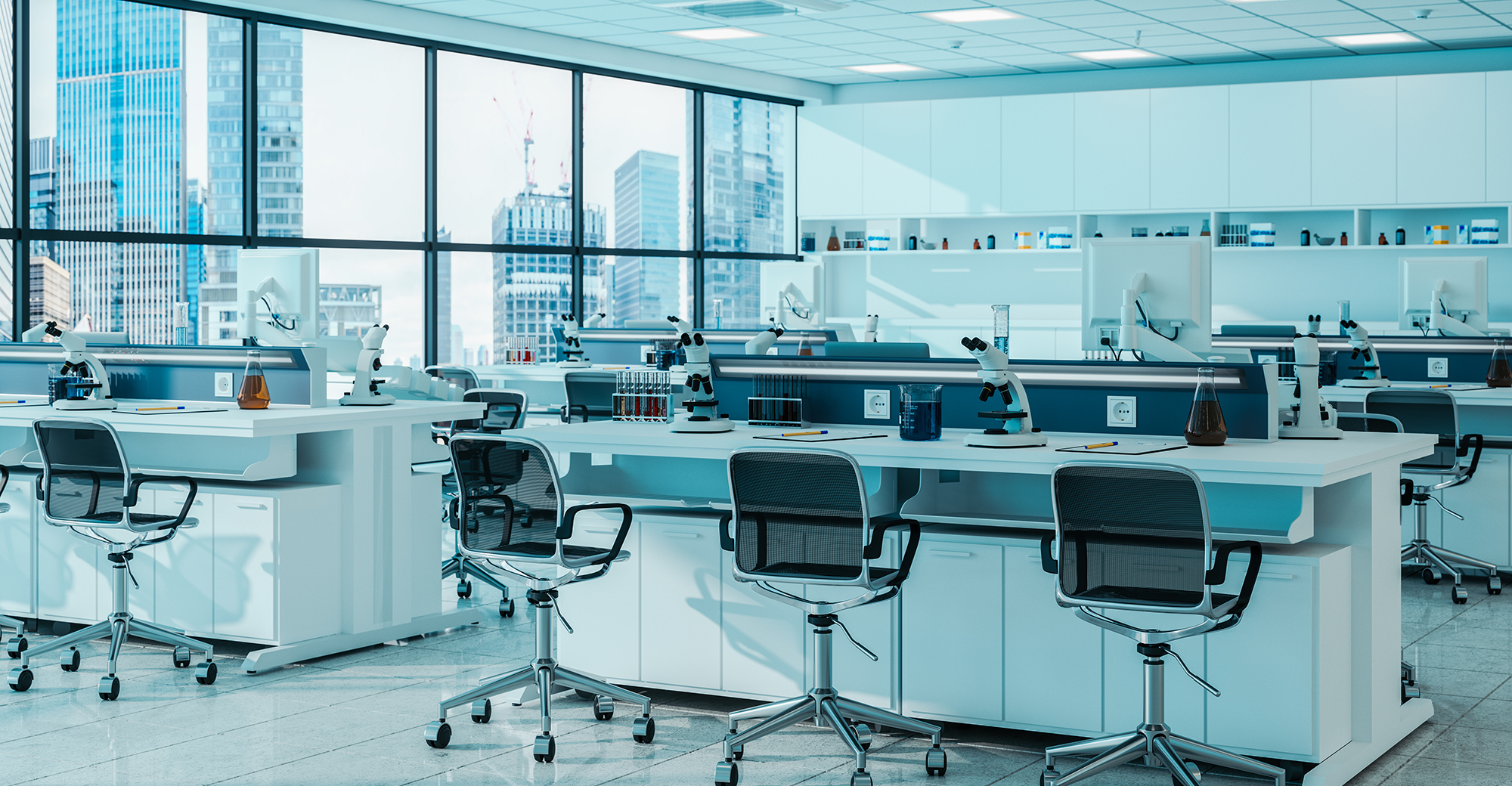 Investment in life sciences, one of the hottest commercial property sectors during the pandemic, has slowed dramatically in recent months. But analysts say the slowdown is temporary and that the asset class still has a bright future.

Real estate data firm MSCI Real Assets reported that investment sales of life sciences/R&D assets totaled $7.7 billion during the first half of 2022, down 34 percent year-over-year from a record-breaking first half of 2021, when transaction volume was bolstered by portfolio sales.

During the COVID-19 pandemic, momentum had been strong for the life sciences sector as investment capital migrated away from office properties to property types with a more certain outlook, including life sciences.

There’s been “a lot of euphoria around this sector and still a lot of interest, but maybe a little bit of that bloom has come off the rose,” says Josh King, vice chair with the capital markets team at real estate services firm Cushman & Wakefield. In the last three to four months, commercial real estate as a whole has faced significant headwinds, he notes.

“It doesn't mean [the sector is] dead. We were going like 120 miles per hour, and now we’re going to slow down to 50 to 60 mph,” says Frank Petz, managing director of investment sales at real estate services firm Colliers. “I can tell you there’s less product on the market because sellers don’t want to sell cheap knowing they’re going to be discounted. And there’s not enough buyers to go to market because everyone’s selective and cautious. Those words, selective and cautious, burn my eardrums these days. The bidding pool has diminished greatly.”

Rising interest rates have become an added cost for investors who depend on leverage to finance their acquisitions, and as yields increase, so do expectations for returns, Petz notes. The slowdown in the economy has reduced tenant demand for space as well because companies are more selective about growth and taking on more real estate commitments.

According to King, the investment sales numbers for the first half of the year might not be fully representative of where the market is now because transactions have a three- to six-months life cycle. Any deal that closed in the first half of 2022 probably started in the second half of last year, he notes. Today, clients are told to add at least 30 days more to get a deal closed and spend more of their time in the marketing stage with thinner bidder pools.

Between the geopolitical instability stemming from the war in Ukraine, an energy crisis that increases the possibility of a recession and the stock market dropping, the trickle-down effect is starting to impact both tenant and investor demand, according to King. In his view, the real gauge of investor sentiment will become clear only in the second half of the year, and in particular, during the fourth quarter of 2022 and the first quarter of 2024. For the time being, “I think it will be more of the same—choppy and investors waiting to see what happens with inflation and the Fed.”

During the worst of the COVID-19 pandemic, the life sciences sector was hiring at a rapid pace and taking up a lot of space that attracted new interest from investors, notes Austin Barrett, executive vice president and head of life sciences with T3 Advisors, a Savills company. There was even a doubling down to create new lab space for companies, he says.

But over the past three months, the world has changes once again, Barrett says. “The public market is down and a lot of these growth-stage biotech companies don’t have an exit. If you have no exit, you have a lot of investors who are weary. People are slowing down on fundraising, and that’s going to cause people to slow down on hiring.”

Looking on the bright side

Not all the market statistic are negative. Sales of individual life sciences assets—the bedrock of the investment sales market—were up 11 percent year-over-year in the first half of 2022, MSCI reports.

There are a lot of headlines saying there’s a massive pullback in investment and that has to be put into the proper framework, according to Steve Golubchik, Newmark’s executive vice chairman and president, capital markets, Western region. “If you look at venture capital funding for 2021, it’s actually pretty healthy in 2022. The difference is there was so much capital raised in 2021, which was so abnormally high, that it makes it look like there’s a substantial drop-off. That was more of an anomaly.”

Like Petz, Golubchik makes the analogy that “life sciences was going 200 mph, and now it’s going at 80.” Against the level of investment in some of the other asset classes, he views it as still a very healthy place to be.

Buyers also continue to pay premium prices for class-A and class-B life sciences product in core markets, notes Barrett. There’s still a lot of pent-up demand and early-stage discovery going on in Boston, San Diego, San Francisco, Raleigh, N.C. and anywhere with a strong research sector and a dearth of available life sciences space. As a result, markets that serve as epicenters of life sciences activity in the U.S., including San Francisco, San Diego and Cambridge, Mass., are far less likely to see any price discounting than secondary life sciences markets across the country, says Petz.

Today, there are nearly 21 million sq. ft. of new life sciences projects under construction in the U.S.—more than double the pre-pandemic square footage, according to Cushman & Wakefield. Another 32 million sq. ft. in projects have been proposed in Boston and the Bay Area alone. At the same time, life sciences companies are beginning to right-size their expansion plans, says Golubchik. “A company going out to look at 150,000 to 200,000 square feet might now be going out to look at 75,000 or 80,000 square feet. The amount of expansion might have contracted slightly, but the amount of demand is still very healthy in the market.”

Previously, “we were sitting on top of rent growth numbers that were anywhere from 10 percent to 30 percent a year depending on where you were,” says Petz. “Those are crazy numbers—120 mph numbers—and now we’re flat. You can’t put that into your underwriting, and that impacts value.”

Up until the last 60 to 90 days, valuations for life sciences assets were holding strong, but they are now down 5 percent to 25 percent, depending on the location, quality of product and the risk associated with buying the property, Petz notes.

Stabilized assets that are fully occupied and cash-flowing can see valuations go down by 10 percent to 15 percent, according to King. Assets that are more opportunistic, involving new developments or conversions, are off by a higher percentage because of the higher cost of debt, he says.

There are early indications that valuations for life sciences properties have moderated from 2021 levels, following five years of 19 percent average annualized price growth, says Craig Leibowitz, executive director, innovation and insight advisory, with real estate services firm Avision Young. Between 2020 and 2021, cap rates in the sector decreased by 5.1 percent. Now, higher benchmark interest rates are likely to cause yields for life sciences assets to stabilize or increase in the near-term, Leibowitz notes. 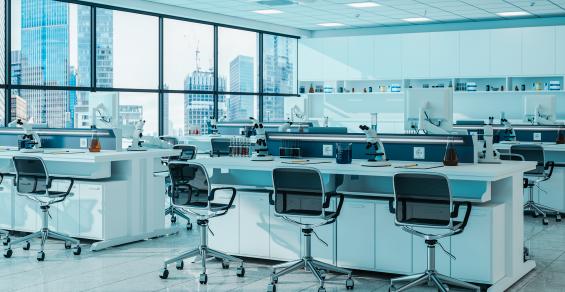 Values and Faith in Investment Strategies

One LPL Super OSJ Acquires Another