This Multi-Tasking Handheld Blender Is Basically Three Appliances in One 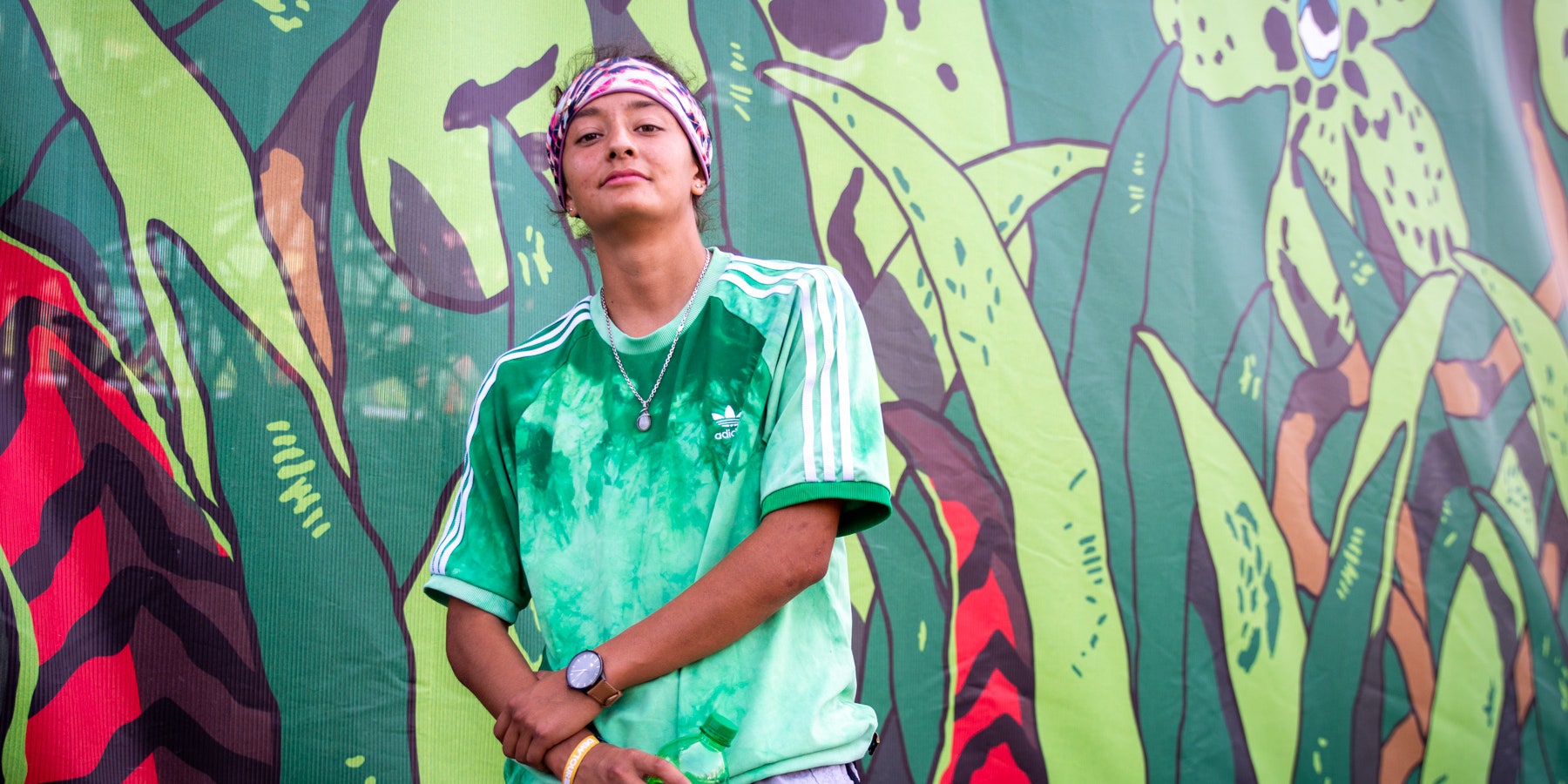 On a scale of 1 to committed, professional skateboarder Mariah Duran pretty much shatters the freakin’ charts.

As a middle schooler growing up in Albuquerque, New Mexico, Duran would get up (by choice) super early on Saturdays (think: 5:30 a.m.) to practice for hours on end at the local skate park. At 19, when she realized skateboarding was something she wanted to seriously pursue, she dropped out of college and fund-raised her way to major contests. And most recently at 22 she competed in the 2019 Summer Dew Tour in Long Beach just minutes after fracturing her tailbone during practice and still managed to land a trick.

“It was the most painful thing that I’ve ever put my body through,” Duran tells SELF of the experience. Yet that tolerance for tough, next-level dedication to her craft explains in part Duran’s unlikely ascension from a scrappy kid who skated in her front yard for fun to full-time professional skater who trains 30-plus (!) hours a week. (For the record, we don’t ever actually recommend powering through an injury yourself without consulting a medical professional.)

Today Duran is one of the best American female skateboarders—watch her mesmerizing moves here—and hopes to make history soon as one of the first-ever Olympic skateboarders. The sport debuts at the 2020 Summer Olympic Games in Tokyo, and the qualification period for athletes is underway.

But even without Olympian on her resume, Duran is already pretty damn accomplished. The two-time X-Games gold medalist signed big-name sponsors—Adidas and Mountain Dew—and is currently ranked #5 on Boardr’s World Skateboarding Rankings in the women‘s street division. In January Duran was selected as the first-ever female member of the Dew Skate Team and in March she secured a spot as one of 16 athletes on the USA Skateboarding National Team.

As Duran nursed her fractured tailbone at home in Albuquerque and geared up for her next contest (Street League in Los Angeles this weekend), we chatted with the superstar skater to learn more about her 12-year passion for skateboarding, how it morphed into a professional career, what it takes to train and compete at a world-class level, her Olympic dreams, and more.

The following conversation has been edited and condensed for clarity.

SELF: You started skateboarding at age 10 because your older brother Elijah skated. At what point did you realize “wait, I actually really like skateboarding?”

Duran: There were a couple moments. One was when I was about 11 or 12 and aligned the kickflip for the first time. It took so long to land and months of not even getting close. I was in my front yard just practicing, practicing, and then I stuck one. And it was like my heart dropped. I was like, “Oh, my God. Whoa!” It was an unreal feeling. It’s so much preparation for that one moment. It’s like less than a second. And I was like, “Yo, I want to keep doing this.”

SELF: When did you first start entering skateboarding competitions?

Duran: When I was in middle school, probably about eighth grade, there was a local contest at the skate park. In between skateboarding, I was also playing softball, and I was really good at softball. The night before the contest, I got in an argument with my mom. She wanted me to stick with softball because she saw more of a future in that; I wanted to focus on skateboarding. I told her that if I did well in the contest, I got to choose.

So at the contest the next day, I was stressed out, like “Oh, God. My whole thing is on the line.” And it probably wasn’t that serious, but I was putting so much pressure on myself. In the contest, I ended up taking second. I was shocked at that. The girl who took first, her dad owned a small skate shop and they were starting a female team, and they invited me to join and said they would give me a board a month.

I called my mom, excited and crying. It was just such a wild moment, because I was just like, “Wow, I can really keep doing this and see where this takes me.”

SELF: By the second half of high school, you progressed to big-name competitions, serving as an alternate for the X Games your junior year and placing eighth in the competition your senior year. What happened next?

Duran: I enrolled in a local community college in Albuquerque and in the middle of the first semester, I got invited to be an alternate at Street League in Chicago [a competitive skating contest]. I was like, all right, I have to use my [college] scholarship to pay for that. At the contest I ended up skating and did a hardflip [a really difficult trick] down a three-block [of stairs]. Nobody knew my name. But when they saw that, then everybody was asking questions.

I was on such a high and the next day, I flew back home and had to go to college to finish up the semester. And I was just like, dude. Then I decided, You know what? I’m going to risk it, and I’m just going to not do college the next semester starting in January and just do skateboarding.

SELF: In a short documentary about you posted to your YouTube channel, you said, “There’s really no limit to skateboarding,” and that’s what keeps you motivated. Could you elaborate on that?

Duran: Skateboarding, it’s such a wild sport because nobody can say that they’ve mastered it. Nobody can be like, “I have every single trick.” Because every single day, even now, there are new tricks being invented. There’s always somebody that’s bringing a new trick. There’s always somebody that’s bringing a new style. So it keeps you going because you’re like, “Man, if they have those tricks, I want to keep pushing to see how many tricks I can do, or what I can do, or how I do it.”

It also comes to the point where it’s like, you have your own style to it too. Nobody’s going to skate exactly how are you are going to skate.

SELF: Has knowing that skateboarding is going to be in the Olympics next year and that you have a shot at making the team impacted the way that you approach skateboarding?

Duran: Absolutely. It’s wild because growing up in sports all my life (basketball, softball, and track), I would have never thought skateboarding would even be put on a pedestal as big as the Olympics. The fact that it’s an option now is even more of a motivation to just progress even faster, to just want to fully invest even more into it to get to that level.

SELF: How many hours a day do you skateboard?

Duran: It varies, because every day you wake up, your ultimate goal is to skateboard. It’s hard to put a number on it. It’s probably like six hours. But my minimum would be at least three hours. Because you can try a trick, and it could take you three hours to land that one trick. And then you move on to the rest of the skate session. If I’m preparing for a contest, my main thing is just to be on my board as much as possible.

SELF: Do you have a coach? Or do you just practice on your own?

Duran: Not really. I guess my older brother kind of would be considered a coach, but it’s usually just me. My older brother’s more of like a mental coach. He’ll be like “Yo, Mariah, you have this trick. Stop stressing yourself out.” As far as somebody who’s like, “You need to do 30 kickflips, or you can’t move on,” like no. Honestly, I’m my own coach at that rate. Like every day I go out, and try to just skate with my brothers [Elijah is now 23 and Duran’s younger brother, Zeke, is 18], because they’re really good. So I skate with people who are better than me, and then just go from there.

SELF: Do you do any cross-training for skateboarding?

Duran: I go to the gym and do cardio. I jump rope. I take everything I learned in workouts for basketball. I mostly do exercises to prevent injury, like building strong muscles to be able to take impact or building ankle strength so that if I do roll one, I can bounce back.

SELF: I read that you’ve recently gotten into meditation and that you meditate every day as a way to help you with your competitions. Can you tell me more about that?

Duran: I try to meditate as best as I can, whether it’s for five minutes or for however long. Just take a minute, just breathe and not focus on the future or the past. Just be present and calm myself down. It could be waking up in the morning and not picking up my phone for the first hour and just taking control of the day, or writing down in my journal something that’s been on my mind. Or just reading too.

I feel like skateboarding is like 80 percent mental and 20 percent physical. I’ve seen skateboarders do well just because they believed they could do it. You have to have the right mindset. Otherwise if you don’t believe that you can do well at this contest, then you’re probably right.

SELF: What are your future goals with skateboarding?

Duran: My 12-year-old self still wants to have my own skate park. So that’s definitely still a goal. And then just growing with the sponsors that I have now. And of course the ultimate goal physically is being in the Olympics. Being on the podium.

SELF: What is the biggest misconception about skateboarding that you’ve heard?

Duran: A lot of people don’t understand that we are athletes. We put our bodies through just as much as other types of athletes to get to the levels we’re trying to get to.

SELF: What do you like to do when you’re not skateboarding?

Duran: I’ve always gotten asked this question. I’ve always been like, “I don’t know. I just skate.” But since I’ve been injured, I’ve had to do things outside of skateboarding. So I’m super ready for this.

Duran: I love playing basketball, like pick-up or just shooting hoops. I like reading a lot; right now I’m reading Think and Grow Rich by Napoleon Hill. I like writing. I like going on hikes. I like watching movies—Bridesmaids will forever be my favorite. 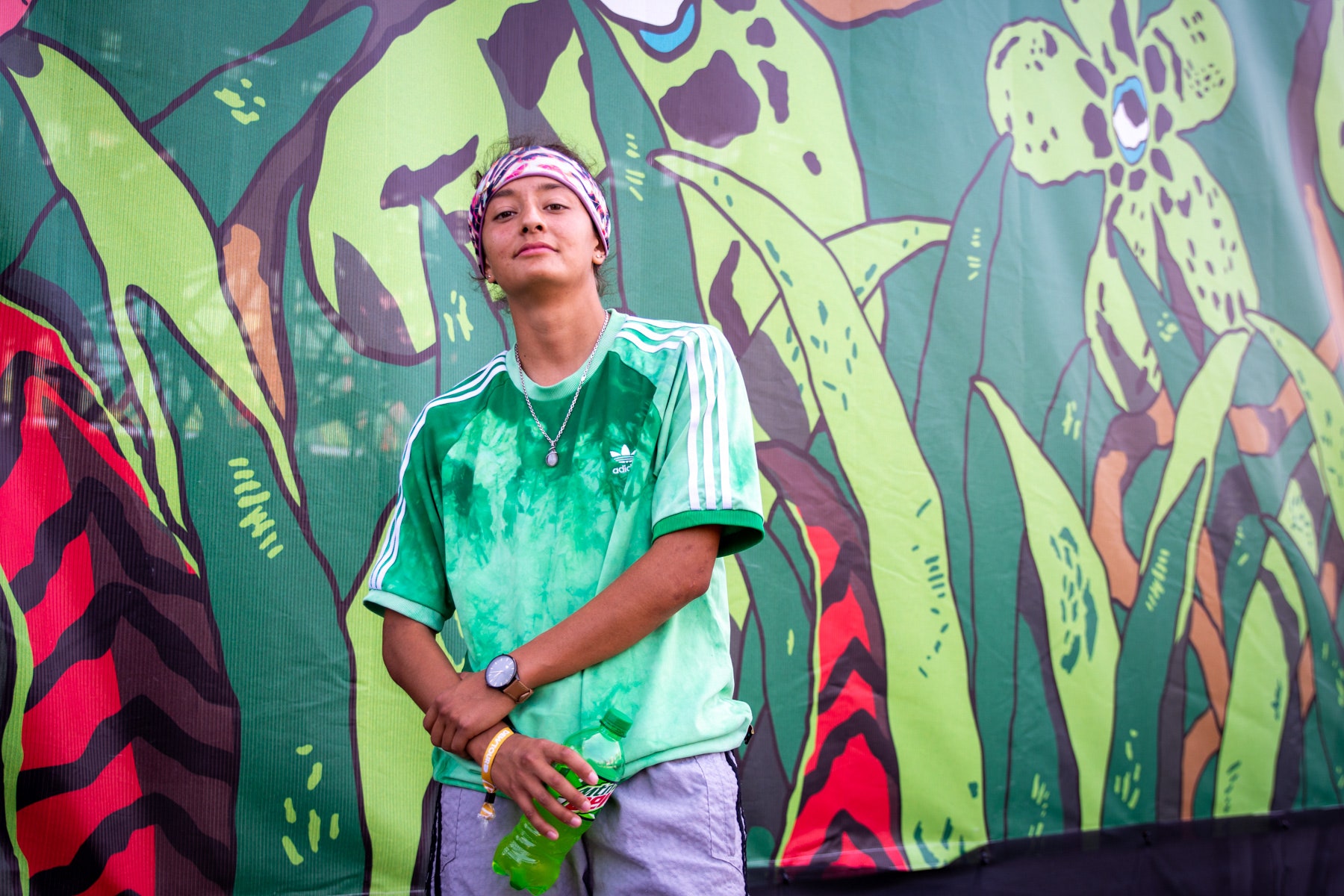 https://www.self.com/story/mariah-duran-pro-skateboarder, GO TO SAUBIO DIGITAL FOR MORE ANSWERS AND INFORMATION ON ANY TOPIC

A Reporter’s Dive Into the Legal Deep of Psychotherapy

Choose a Last-Minute Gift Anyone Would Love

World Report on Ageing and Health

If Only We Could All Love Something as Much as Mariah Duran Loves to Skateboard Related Posts: