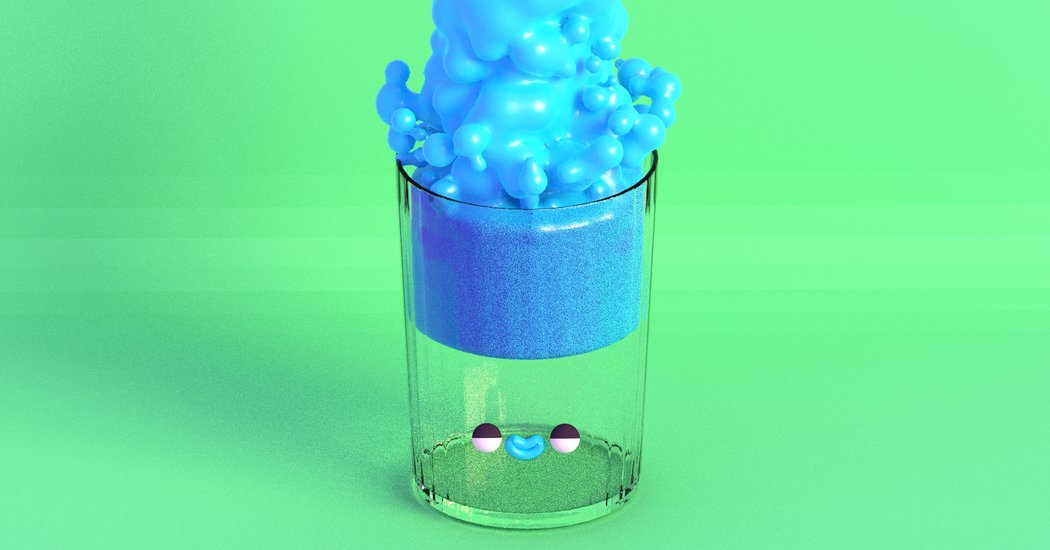 When you watch the news these days, it’s hard not to be pessimistic — and even harder for some people, depending on genes and socioeconomic status.

Yet battling your inner Eeyore can have profound effects. Research suggests that optimists earn more money, have better relationships and even live longer. And the thing is: Optimism can be learned.

“Pessimism is one of the personality traits that’s highly heritable, but also modifiable by specific exercises,” said Martin Seligman, director of the Positive Psychology Center at the University of Pennsylvania and author of “The Hope Circuit.”

In other words, you can blame your parents for your bleak outlook, but you don’t have to resign yourself to it forever. Here are four ways to start walking on the sunnier side of the street.

Visualize your best possible self

Imagine your dream life in 10 years — what would it look like? How would it feel? Now sit down and write about it: once a week, for six to eight minutes, for one or two months. Spend each session focusing on your “best possible self” in a single domain, such as family, career, romance or health.

Though it might sound like wishful thinking, dozens of studies show that imagining your ideal future can actually boost your levels of optimism.

Sonja Lyubomirsky, a psychology professor at the University of California, Riverside and author of “The How of Happiness,” has employed this exercise with hundreds of subjects. It works, she said, because you’re strengthening your “optimistic muscles” by “thinking about all your dreams coming true as opposed to worrying about the worst possible outcome.”

Accept the inevitability of disappointment

Constantly expecting the worst? According to Laura Oliff, associate director of the American Institute for Cognitive Therapy, it might be because you’re hoping to protect yourself from disappointment.

But by trying to insulate yourself from life’s ups and downs, you’re missing out on something else, too: the “positive anticipation of events,” which Dr. Oliff called a “very valuable” and “joyful” feeling. (For proof, just think about the pleasure of anticipating a vacation.)

While this mind-set shift is easier described than done, Dr. Oliff said it can help to remember that “many of the negative things we predict never actually happen” — and that, even when they do, we usually recover pretty quickly.

So your co-worker got the promotion you were angling for. And your mind is filling with thoughts like: I’m bad at my job. I’ll never move up the ladder. I might as well quit right now.

When you enter that pessimism spiral, Dr. Seligman says the trick is to first recognize the voice making those negative remarks, then argue with it as if it were “an external person whose mission in life is to make you miserable.”

How would you argue with your nemesis? You’d present evidence to prove them wrong, such as: I’m not bad at my job — my co-worker has been here for two years longer than I have. Or: I’ll eventually get promoted — another position is opening up soon.

Turning this type of self-argument into a habit requires a little practice. “It’s not instantaneous,” Dr. Seligman said. “But on the other hand, it’s not really onerous and difficult. It’s something that most people can acquire in a few days.”

Another evidence-based approach to boost your optimism is to intentionally counteract your extremely negative predictions with extremely positive ones. This will enable you to find the middle of the road — or, as Dr. Seligman said, to “put things in perspective.”

Let’s say you have a doozy of a fight with your partner. She leaves the house, slamming the door on the way out. If you’re like many humans, Dr. Seligman said you’ll naturally be attracted to the “most catastrophic interpretation”: This is the end, I’m unlovable, I’m going to die alone.

As a counterbalance, imagine the least catastrophic interpretation, too: Your partner’s on the way home with a tub of ice cream and will never mention the disagreement again.

Between those two poles is where you’ll find the sweet spot — the realistic interpretation. It might be: She’ll come back in a few hours, we’ll talk, it’ll be weird tomorrow and then back to normal. Though not as pleasant as the ice cream scenario, this outlook is far better (and far more plausible) than the ultra-pessimistic one with which you started.

By consistently practicing the two previous strategies — arguing against yourself and putting things in perspective — Dr. Seligman said you can make changes that stick.

“This is not armchair stuff,” he said. “These are things that have been tested with literally thousands of people.” Over time, he said these exercises can produce long-lasting results that “basically permanently change extreme pessimism into something much less pessimistic.”

https://www.nytimes.com/2020/02/18/smarter-living/how-to-be-more-optimistic.html, GO TO SAUBIO DIGITAL FOR MORE ANSWERS AND INFORMATION ON ANY TOPIC

Plácido Domingo Says He Has the Coronavirus

Sensitive Teeth: What Treatments Are Available?

How to Be More Optimistic Related Posts: