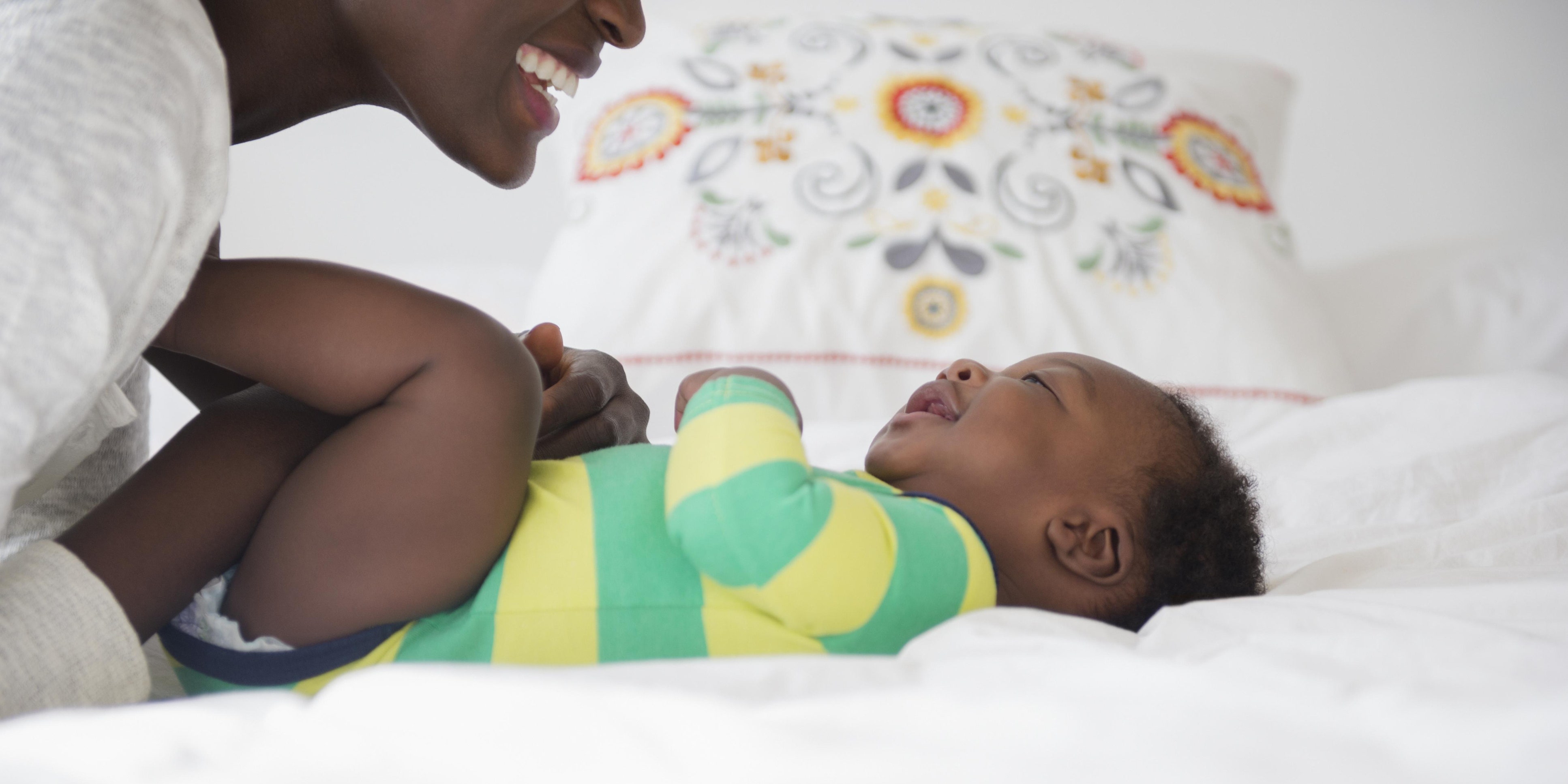 It’s incredibly hard—if not impossible—to pin a breast cancer diagnosis on any single cause. In reality, there are several different factors that can combine to increase your risk, such as having a family history of the cancer or a specific genetic mutation, as well as smoking and drinking alcohol. But a new study suggests that, under certain circumstances, giving birth could also increase your risk. That’s understandably terrifying, so we decided to dig deeper to put it all into context.

The study, published in the Annals of Internal Medicine on Monday, found an interesting link between a woman’s breast cancer risk and whether or not she had given birth. But, as usual, it’s all much more complicated than it seems.

The results showed that in women younger than 55, those who had given birth had a slightly higher risk of developing breast cancer during the study.

The study included data for 889,944 women younger than 55, which came from 15 previous international studies conducted as part of the Premenopausal Breast Cancer Collaborative Group. Initially, none of the women included in the analysis had a diagnosis of breast cancer. But when looking at their long-term data, the researchers found that 18,826 of them (2 percent) developed breast cancer during the study period.

One thing worth noting here is that the researchers used a measure called a “hazard ratio” to calculate the risk for breast cancer in one group compared to the other, which is not a measure of the absolute risk. Overall, the risk for breast cancer in both groups is still low, as was the increase in risk among women who had kids: Women who had given birth had an overall 2.2 percent chance of being diagnosed with breast cancer by age 50 compared to a 1.9 percent chance in those who didn’t give birth. So we’re talking about a difference of 0.3 percent.

Additionally, the risks differed based on the type of cancer a participant had. The rate of ER-positive tumors that developed (meaning the tumor cells have estrogen receptors and can use the hormone to grow, the Mayo Clinic says), which accounted for 76 percent of all cancers in the study, was similar to the overall results of the study. On the other hand, although ER-negative cancer cases also peaked in the first few years after birth before declining slightly, the rate of these cancers never decreased to the point that having children was associated with some sort of protective effect.

Although it’s easy to see these results and assume that having kids somehow causes cancer, that’s not really what the study is suggesting.

“This research is important because it shows that breast cancer risk factors for young women can be different from risk factors for older women,” study co-author Hazel B. Nichols, Ph.D., assistant professor of epidemiology at UNC Gillings School of Global Public Health, tells SELF. And the fact that the study included data for such a huge group of participants is impressive.

But it “shouldn’t cause alarm,” Nichols says. “Even with the increase we saw, breast cancer risk for women in this age group is still low overall.”

Plus, this was an observational study, meaning that it was able to show a correlation between two things but not what’s causing that link. The study wasn’t designed to parse out the specific factors that might be behind this increased risk, but it’s unlikely that it’s actually the act of giving birth that’s to blame, Janie Grumley, M.D., director of the Margie Petersen Breast Center at Providence Saint John’s Center and associate professor of surgery at the John Wayne Cancer Institute in Santa Monica, Calif., tells SELF.

“For example, weight gain could be a factor,” she says. “Patients within those first couple of years after giving birth tend to have more body weight, and increased fatty tissue and obesity increase a woman’s risk of developing breast cancer.” (That said, considering obesity as a risk factor for cancer is also complicated in its own way.)

A major limitation with this study is that it only included data for participants under the age of 55. Considering that breast cancer diagnoses become more common as we age (most are diagnosed over age 50) the study is excluding many people who are actually some of the most likely to develop the illness and instead looking at just a small slice of women who are already very unlikely to get breast cancer.

Also worth noting: Most existing research shows that overall breast cancer risk is higher in people who have never been pregnant and never breastfed.

So, why would this new study have such contradictory results? Again, it could come down to the age of the women in the study. This study did find a protective effect, but it only appeared decades down the line—and after a period of increased risk. In this study, childbirth was linked to lower breast cancer risk about 24 years after birth, and breast cancer risk was about 23 percent lower in women who had had children 35 years after birth. “That means that if you have children in your 30s, for example, there are benefits in your 60s when breast cancer becomes a more common diagnosis,” she says. However, because of the age group included in the study, this is an effect that it only begins to show. (Previous studies looking at the protective association of having children also included women in their 60s and 70s.)

Plus, the protective effect wasn’t as strong for women with a family history of breast cancer, indicating that having children probably isn’t the most important factor in determining your cancer risk. Although the risk factors for early-onset breast cancer aren’t totally understood, those who are diagnosed earlier tend to have a family history of the disease or a BRCA genetic mutation (but those are strong risk factors for the condition in general, no matter when it appears).

Instead of worrying about the results from this one study, experts urge you to keep an eye on known breast cancer risk factors.

Those include lifestyle factors, like your diet and physical activity, as well as age, genetics, a family history of breast cancer, and having your period start early in life, the American Cancer Society(ACS) says. “Breast cancer risk is not determined by one single cause, but by many different factors in a woman’s life,” Nichols says. “Our research supports that these factors can sometimes have a different relation to cancer risk earlier versus later in life.”

And, of course, these findings should not determine when you decide to have children. “I would never tell patients to decide on whether to have a child based on this study,” Dr. Grumley says. If you’re concerned about your breast cancer risk, Dr. Grumley recommends following the ACS recommendations for leading a healthy lifestyle.

Above all, it’s important to be aware of your risk factors and work with your doctor to figure out a screening plan that makes sense for you. 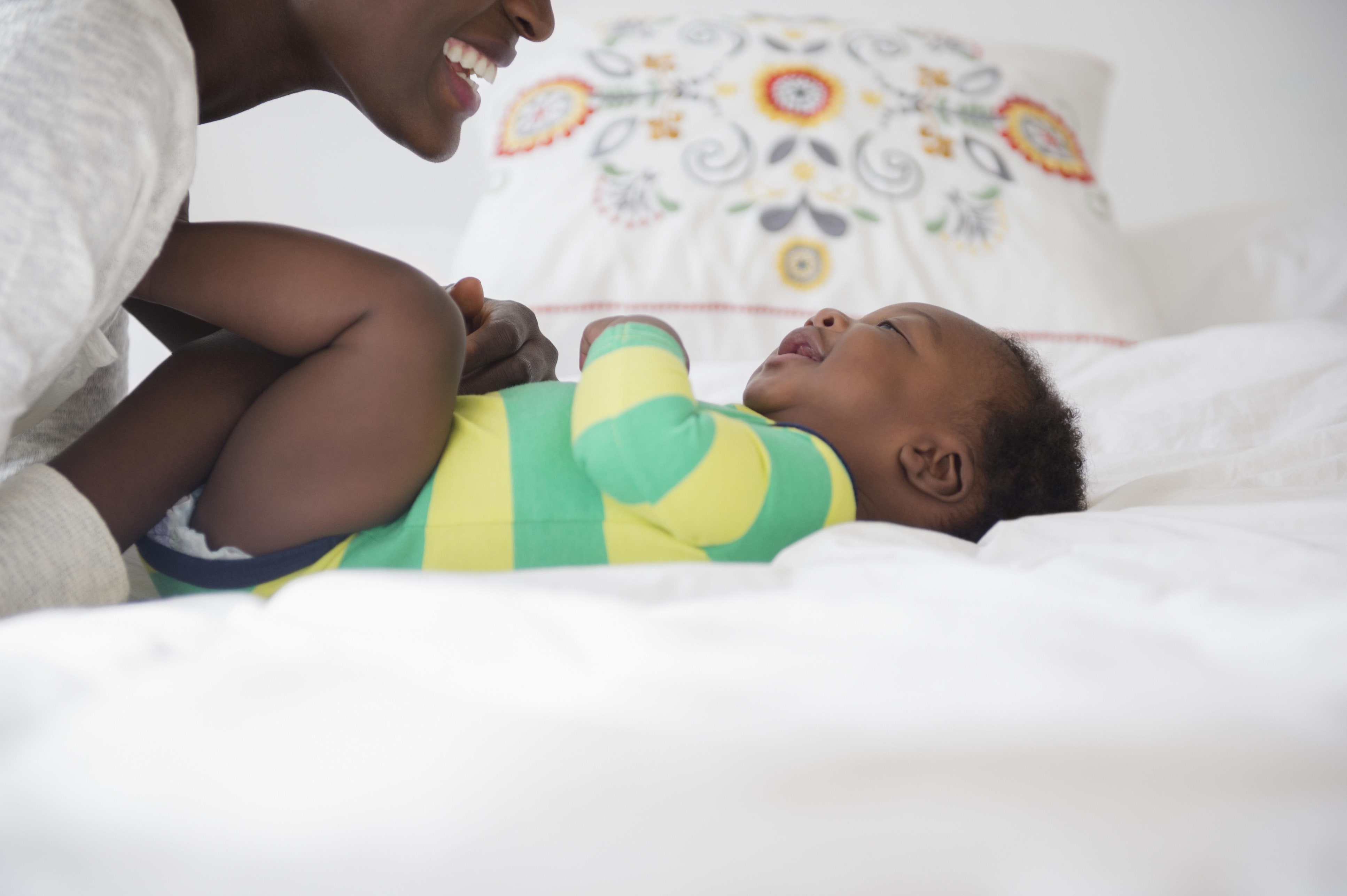 https://www.self.com/story/giving-birth-breast-cancer-risk-study, GO TO SAUBIO DIGITAL FOR MORE ANSWERS AND INFORMATION ON ANY TOPIC

What to Know About Diabulimia, the Eating Disorder Specific to Diabetes

Here’s What You Need to Know About the Study That Says Giving Birth Increases Your Breast Cancer Risk Related Posts: