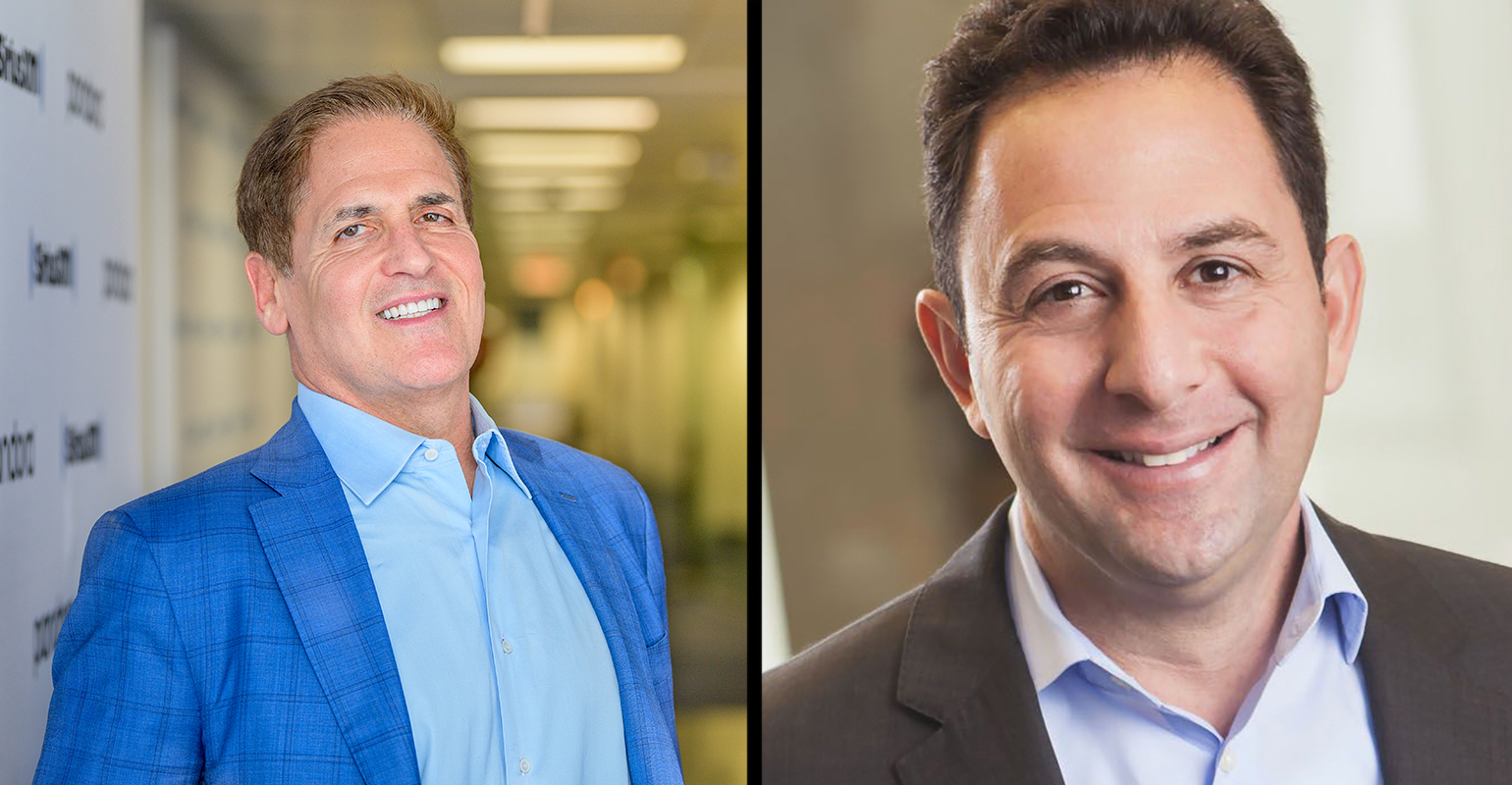 Peter Mallouk, CEO of registered investment advisor Creative Planning, challenged billionaire entrepreneur Mark Cuban on Twitter this week, arguing that holding a diversified basket of stocks, such as the S&P 500, was a better long-term investing strategy than holding cryptocurrencies or a handful of high-conviction stocks over the long term.

Cuban, a billionaire who made his fortune selling Broadcast.com to Yahoo in 1999, is one of the “shark” investors on reality television series “Shark Tank” and owner of the Dallas Mavericks. Over Twitter, he responded to a post by Mallouk making the point that a broad basket of stocks, many of which would rise in value, will fare better over the long term than a broad basket of cryptocurrencies, many of which "will go to zero."

“Only a fool would buy 100 stocks or 100 crypto assets,” Cuban, who has 8.3 million followers on Twitter, wrote in reply.

Mallouk shot back: “The probability of a diversified portfolio beating someone picking a handful of stocks is very high. Only a fool would bet on a few stocks. Over the next 10 years, I’ll take the S&P 500 return against any group of stocks you want to pick and feel very good about it.”

Only a fool would buy 100 stocks or 100 crypto assets. But let me ask a question. What rights do you have as a shareholder in any public company stock you have bought? https://t.co/SbU5q1dRpv

The two came out of the exchange making two separate bets. For the first bet, Mallouk will invest in an S&P 500 Index fund over the next 10 years, while Cuban will invest in cryptocurrencies over that period of time. The person with the lowest returns after 10 years will pay $1 million to charity. The same terms apply for the second bet, although this time Cuban will invest in a portfolio of only two stocks, Netflix and Amazon, evenly weighted, over the next decade, again up against Mallouk's broad representation of the market.

Mallouk’s angst, he said, was fueled by Cuban’s recent vocal backing of cryptocurrency dogecoin; the billionaire recently said on Ellen DeGeneres’ daytime talk show that it was a better investment than a lottery ticket. Also this week, Cuban said the Dallas Mavericks team was on track to complete 6,000 dogecoin transactions in April. The price of the crypto, originally developed by its programmers as a joke, soared 20% in 24 hours.

“I regularly get asked by students why they shouldn’t put all their money in a few stocks, or Doge, ‘like Mark Cuban,’" Mallouk told WealthManagement.com following the Twitter kerfuffle. "I am always telling these kids that Mark isn’t in just a couple stocks and has very little of his net worth in Doge, or whatever. There’s nothing wrong with placing some bets, and I have nothing against cryptocurrency. While I believe betting on any one—like Doge—likely won’t end well, and that the future dominant player in the space may not yet exist, I do believe there will be winners.”

“Where I take issue is how Mark leads people to believe he is ‘all in’ on a few stocks and cryptocurrencies, when in fact he has a long history of going to cash. Many people following his every word are investing very heavily in one or two speculative currencies that may or not work out. But their expectation of future performance doesn’t include a healthy acceptance of the risk being taken. If someone can afford to lose it, great, but I’m concerned that’s not what’s fueling some of this.”

In August 2018, for instance, Cuban said he moved most of his fortune to cash because he was worried about overvaluation in the stock market. At the time, he said he only owned four dividend-producing stocks, as well as Netflix and Amazon, and shorted a couple of stocks. Otherwise, he was out of the market.

Mallouk says one of his charities of choice would be Pathway Financial Education, a resource-driven training and education non-profit organization for small business owners and individuals. Mallouk serves on the board of directors. Harvesters Community Food Network, a regional food bank, is his other charity of choice, he said.

Fund administrator and private label issuer The Nottingham Company filed late last year with the Securities and Exchange Commission to convert mutual funds managed by Adaptive Investments into exchange traded funds. This week, Nottingham said it has received the regulatory approvals to convert The Adaptive Growth Opportunities Fund into an ETF, ticker AGOX, on May 7. The ETF will start trading on May 10.

“The wealth managers we work with to position our family of funds has been asking for the ETF structure for the past few years, and our plan it is to meet their request by converting our other Adaptive portfolios to ETFs in the coming months,” said Adaptive CEO Greg Rutherford, in a statement.

“We believe there will be a significant number of open-end mutual funds that want to convert to ETFs in the next few years, and we are very pleased to be the first fund administrator and private label issuer with success in this process,” said Kip Meadows, founder and CEO of Nottingham, in a statement.

There’s a growing interest among asset managers to convert their existing open-end mutual funds into exchange traded funds, especially with the rise of nontransparent active structures. Attorneys in the space have been working over the last year to help managers do just that.

The prize of converting is large for asset managers who have been playing defense, as more recent ETF entrants attract new money coming into the market; a conversion pathway would allow them to port over the fund’s assets, track record and performance.

Guinness Atkinson Funds became the first asset management firm in history to convert two of its mutual funds into ETFs in March.

Dimensional Fund Advisors has also filed to convert four equity funds, with $26 billion in assets, into ETFs “on or about” June 11, according to Bloomberg.

On the heels of its launch last week of an Ethereum ETF, Canada-based money management firm CI Global Asset Management has announced the launch of the CI Ethereum Fund, the first mutual fund to provide exposure to the cryptocurrency Ether. Both products are available in the Canadian market.

The mutual fund charges 40 basis points management fee, which the company has waived until June 15, 2021. Its management expense ratio has been capped at 1%.

CI GAM also has a bitcoin ETF and mutual fund.

"CI Global Asset Management is the only company in the world offering convenient, low-cost and secure exposure to the two largest cryptocurrencies through both ETFs and mutual funds," said Kurt MacAlpine, CEO of CI Financial, the parent company of CI GAM, in a statement.

"Importantly, these products allow investors to access these digital assets through their financial advisors, so they can be integrated into an investor’s existing portfolio and investment plan."

The wirehouses and big banks have primarily steered clear of cryptocurrencies—with many not allowing advisors to recommend the products to clients. But lately that trend has been reversing.

Bloomberg reported this week that J.P. Morgan will offer rich clients access to funds that enable ownership of Bitcoin. It will be in the form of an actively managed fund, available likely this summer, and NYDIG will be the custodian, according to published reports. 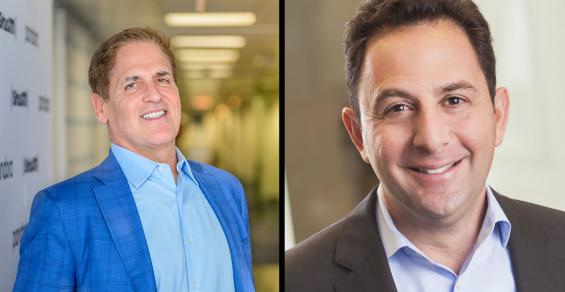