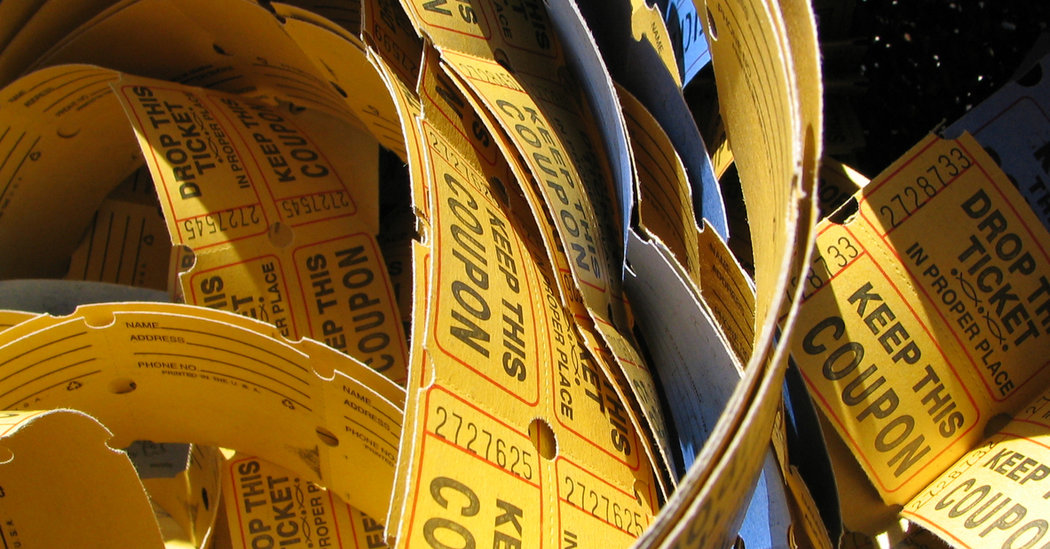 Welcome to the Running newsletter! Every Saturday morning, we email runners with news, advice and some motivation to help you get up and running. Sign up here to get it in your inbox.

Do you feel lucky? Now is your chance to get into two popular races through lotteries.

Let’s just get this out of the way: I’m going to use the term “lottery” even though these aren’t technically lotteries. They’re actually drawings used to decide who gets to run in a race. A few years ago, the New York Road Runners changed the word they used after being sued for running a lottery (they used to charge a nonrefundable fee to enter the marathon drawing; after a 2016 settlement, they don’t).

Even though a lot of races say they have lotteries, if you’re not paying to enter, it’s not a lottery. But still, many races and runners still call them lotteries. So: lottery.

Anyway, two big lotteries are open right now: for the New York City Marathon, which will be run on Nov. 1, and for the Broad Street 10-Miler, which is the largest 10-mile race in the country, to be run in Philadelphia on May 3.

Runners have until Feb. 13 to sign up for the New York City Marathon drawing; until Feb. 14 for Broad Street.

I don’t think lotteries are a bad thing. As the sport of running grew, demand for races grew with it. When popular races didn’t set a limit on the number of runners in their events, those races became crowded messes. I ran a few. Not fun.

Races with qualifying times, like the Boston Marathon, just made it harder for runners to qualify. But for those races that want runners of any ability to compete, a lottery is about as fair a thing as they could do. The Cherry Blossom 10-Mile run, Peachtree Road Race, Chicago Marathon and Marine Corps Marathon all added lotteries in the last decade. The NYC Half debuted in 2006, then added a lottery five years later.

Broad Street added its lottery in 2013. I wrote about running for The Philadelphia Inquirer at the time, and the race director said they switched to a lottery because the race used to sell out so quickly. They made the switch because they felt that the old way wasn’t fair to those who couldn’t be at a computer the second that registration opened.

Lotteries aren’t the only way runners can get into popular races, of course. Other paths to entry include being a faster runner, raising money for charity and running the race for a certain number of consecutive years. The Planet Money podcast did a deep dive into how the New York City Marathon drawing works, looking at the economics of picking the fairest way to allocate a scarce resource.

How many people get in? Depends on the race. Last year, Broad Street had an 85 percent acceptance rate. The New York City Marathon had a 9 percent acceptance rate. And then there’s the lottery for a spot in the 100-mile Western States Endurance Run. For the 2020 race, there were 6,666 entrants for the 264 spots filled via lottery. Each applicant has a different percentage chance of getting in based on how many times they’ve entered the lottery before. Race officials announce the results at a party they broadcast on Facebook Live, then choose three people who came to the party in person.

And because I know a lot of you were mad about this: yes, the New York Road Runners had a major snafu in January with registration for the Brooklyn Half. The organization does not offer a lottery for that race, and when registration opened, the website crashed. Once it was fixed, the race sold out in a flash. So they are evaluating whether or not to institute a lottery for it in the future.

What do you think about lotteries? Let me know! I’m on Twitter @byjenamiller.

Forward it to your friends, and let them know they can sign up here.

https://www.nytimes.com/2020/02/08/well/move/for-runners-its-race-lottery-season.html, GO TO SAUBIO DIGITAL FOR MORE ANSWERS AND INFORMATION ON ANY TOPIC

Four Amazingly Absurd, Yet Highly Practical Gadgets to Have

12 Breathable Face Masks That Are Ideal for Hot, Sweaty Days

5 reasons you need to slow down in the gym