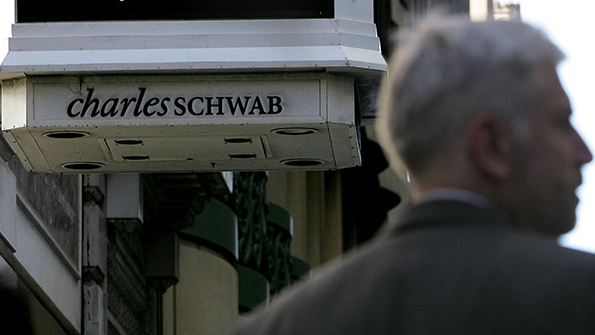 The race is on. Fidelity wasted no time responding to Charles Schwab’s announced acquisition of TD Ameritrade, warning of “a long and complex integration” and “practices that disadvantage investors.” It’s the first volley in what analysts are predicting will be a “winner-take-all struggle between Fidelity and Schwab.”

Fidelity is the largest custodial competitor to Schwab to come out swinging in the wake of the news, warning advisors about the implications of the deal for their business, but they weren’t the only one. Firms large and small sense an opportunity in the aftermath of the announcement.

In a note provided to WealthManagement.com on Monday morning, Fidelity didn’t mince words. It stated that the Schwab-TD Ameritrade acquisition was a distraction for advisors and their clients, and that advisors would be better served by Fidelity’s scale and private structure. “We often hear from advisors that their choice of custodian is one of the most important decisions they make,” Fidelity said through a spokesperson. “This news will force many of them to decide whether to remain with a firm distracted by a long and complex integration…or to work with a custodian that has the capabilities to deliver on their needs and a singular focus and passion for helping them succeed.”

Both Schwab and TD Ameritrade acknowledged that the complete integration could stretch into the waning days of 2023, assuming there are no snags in the process. With a closing date expected the second half of 2020 and up to three years’ time needed to completely integrate, advisors could be in for a wait while executives at Schwab and TD Ameritrade sort out the details.

Mark Tibergien, CEO of Advisor Solutions at BNY Mellon’s Pershing, the fourth largest custodian by assets and the only one that is not housed inside a retail brokerage business, said most advisors looking at this deal are missing the point—Schwab is strategizing around the benefits to the retail side of the business, not the custodial side.

Of TD Ameritrade’s $6 billion in revenue, only some $600 million comes from the RIA custody business, he said, and that business has traditionally focused on smaller advisors serving smaller clients. “Do you think Chuck would pay a premium for an RIA custody business that’s serving the low-end of the market, or do you think they’ll be paying a premium in order to get access to a larger retail customer base?”

Tibergien said advisors should worry most about a post-acquisition Schwab as a competitor, given the brand marketing, branch office network and the reach of retail distribution. Consider Schwab’s subscription-based financial planning business was rolled out earlier this year, giving clients unlimited guidance from a certified financial planner for an upfront fee of $300 and a monthly $30 subscription charge. For clients with more than $500,000, Schwab’s Private Client Investment Advisory business has over 600 advisors giving non-discretionary investment advice on some $91 billion from 120,000 clients, according to the division’s most recent Form ADV.

Advisors who custody with Schwab have been at times vocal about their discomfort with what they see as creeping competition from the custodian, and that is likely to increase in a combined Schwab/TD Ameritrade, said Tibergien. He likened it to what happened to smaller retailers in the wake Walmart and other big-box stores.

“Ultimately it goes back to the ability to collect retail assets. That’s what they’re really good at,” he said. With few exceptions, most advisory firms aren’t in a position to compete with that.

“Functionally (most advisory firms) are a small business, and they don’t have the marketing power or the brand presence, the depth of staff, the depth of capability or the pricing power,” Tibergien said.

“Advisors are busy enough taking care of their clients and running their businesses. Any hiccups or possible complications will be hard for them to stomach,” said Robb Baldwin, founder and CEO of Trade PMR, which custodies assets for some 700 individual advisors. “When I was an RIA, I experienced first-hand what a fiasco it can be when two custodians merge. So advisors are rightfully concerned about what a merged TD/Schwab scenario will look like for them.”

Baldwin said his firm has been getting “more inquiries than usual” in the wake of the Schwab news.

Jason Wenk, the founder of Altruist, the latest tech firm to challenge the incumbent custodians, has spent a significant amount of time on social media in the past week positioning his start-up as an alternative to TD Ameritrade for smaller advisors who fear being shut out by the combined custodian.

“I have a great deal of respect for both Schwab and TDA. Gotta say, though, this wasn’t the way I thought it would go down. RIP E-trade and Pershing (for RIAs). There’s a new “big 3”, Schwabatrade, Fidelity, and Atruist Corp.,” Wenk wrote, joklingly, on Twitter. Wenk’s platform, currently signing up beta test users, recently got an $8.5 million investment from venture capital investors Venrock.

For its part, Fidelity also called out Schwab for “extremely low cash sweep rates” on idle cash and the taking of “significant payment for order flow” among the “practices that disadvantage investors” at a combined Schwab-TD Ameritrade. Criticism of payment for order flow previously arose at eMoney Advisor’s annual conference last month, where Abigail “Abby” Johnson, chairman of the firm, called Fidelity’s anti-payment-for-order-flow stance “an important differentiator.”

The privately held brokerage firm highlighted the yields on its cash sweep program earlier this year; on the retail side, Fidelity automatically sweeps idle cash in the brokerage account to a money market fund with higher yields than the bank yields clients get on sweep accounts at Schwab, TD Ameritrade and E*Trade. (That automatic sweep does not happen on the custodied assets on the institutional side. Advisors choose how they want client cash handled.)

One analyst called cash another battlefront in the “brutal competition in the brokerage marketplace” and Frank Bonanno, marketing director at StoneCastle Cash Management, said “neither TD or Schwab have a high-yield cash solution that clients are clamoring for.” StoneCastle is using the acquisition announcement to point out its own RIA-centric cash solutions.

“What advisors will have to do is what every other company that has survived the rise of Walmart and companies like it do,” Tibergien said. “Create their own boutique. The key is really being clear on having a technical specialty or having a niche or market specialty,” like a certain segment of the market with unique planning needs.

“The paradox of the modern investor is that they have more choices than ever but that means they have a lot more poor quality choices as well as high quality choices,” said Sam Brownell, founder of Stratus Wealth Advisors. “A good advisor will be willing to tell (a prospect) that he or she wouldn’t be the best fit but that they do know someone who could be a good fit. If we as advisors stick to our strengths, we can continue to grow even as the commoditized business of trading and rebalancing is taken over by financial technology.”

Schwab and TD Ameritrade did not immediately respond to a request for comment. 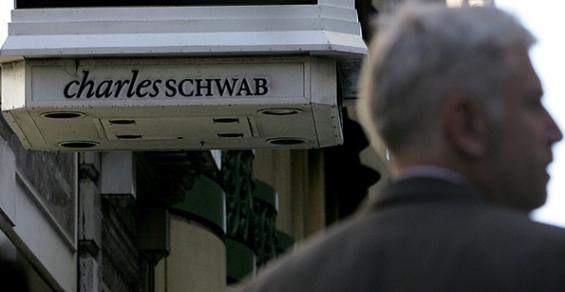 How to Invest in Your Clothing in 2019

How to Protect Your Hair from the Summer Elements

Orion Wants to Be a Marketing Star