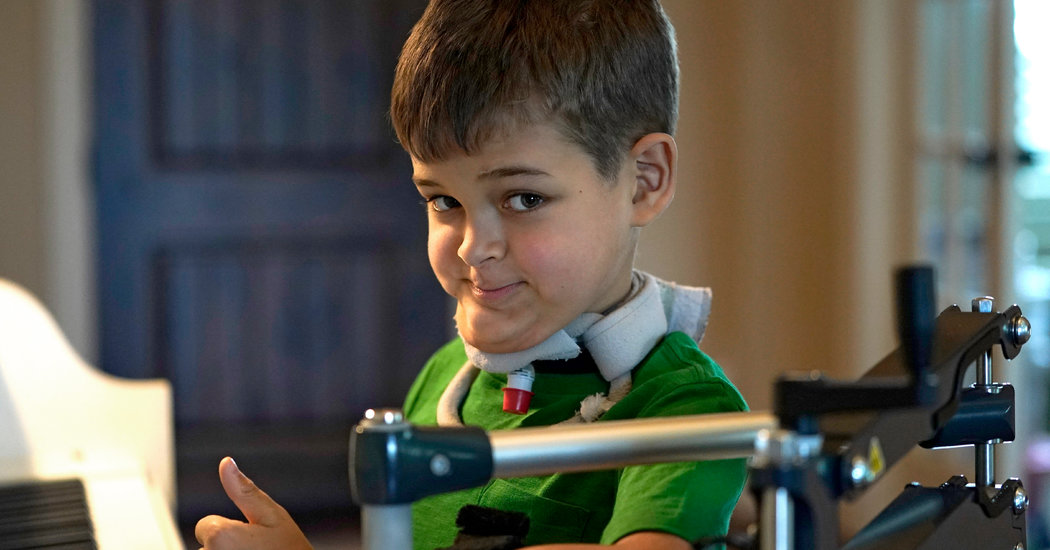 Last year, health officials confronted a record number of cases of a rare, mysterious neurological condition that caused limb weakness and paralysis in more than 200 children across the country.

Officials with the Centers for Disease Control and Prevention said on Tuesday that they were still trying to understand the condition, called acute flaccid myelitis, or A.F.M. And though there have been very few cases so far this year, they urged doctors to be on the lookout because the illness has tended to emerge in late summer and early fall.

A.F.M. often involves sudden muscle weakness in the legs or arms and can also include stiffness in the neck, drooping eyelids or face muscles, problems swallowing and slurred speech. The paralysis can appear similar to polio.

There have been 570 recorded cases since 2014, when the C.D.C. began tracking the condition, and it appears to peak every two years from August through October. In 2018, there were 233 cases in 41 states, the largest reported outbreak so far, the agency reported Tuesday.

In alternate years, there have been small numbers of cases and 2019, with 11 confirmed cases so far, is looking like other off years, C.D.C. officials said. Still, Dr. Anne Schuchat, the agency’s principal deputy director, cautioned parents and clinicians to be aware of possible symptoms and report suspected cases quickly.

“We don’t right now have an explanation for the every-other-year pattern,” she said, “and we really need to be ready to rapidly detect, report and investigate each case this year and be ready for possibly a bad year this year.”

Children affected by A.F.M. have been 5 years old on average, and most were previously healthy but had “a mild respiratory illness or fever less than a week before they developed arm or leg weakness,” Dr. Schuchat said.

There has been no common denominator found so far among affected children, and officials said they were undertaking an intensive surveillance project with seven children’s hospitals in hopes of learning more.

“Why this child and not the other child, why not the sibling who also had the respiratory infection where we’re pretty sure that the same virus was running around the family?” Dr. Schuchat said. “Those are critical questions.”

Dr. Tom Clark, deputy director of the C.D.C.’s division of viral diseases, said 98 percent of patients were hospitalized, more than half in intensive care units, and more than a quarter needed machines to help them breathe.

He said that at least 70 to 80 percent of children whose cases had been followed still had some limb weakness months after developing A.F.M. He said the C.D.C. was now evaluating every 2018 case, looking at each child’s muscle condition, strength and daily functioning ability at different points in the year after diagnosis.

While no proven treatment has yet been found, Dr. Clark said there was some indication that “early and aggressive physical therapy and rehabilitation” might help children regain some strength and function.

And though the cause has not been determined, Dr. Clark said that traces of viruses had been found in respiratory and stool samples, and that in two cases, patients’ spinal fluid — the strongest link to a neurological disease — was positive for an enterovirus.

One possible culprit is enterovirus 68, he said, because there have been more A.F.M. cases in years when more of that respiratory virus was detected. “We really do suspect viruses play a role and enteroviruses among the leading suspects,” he said.

https://www.nytimes.com/2019/07/09/health/accute-flaccid-myelitis-cdc.html, GO TO SAUBIO DIGITAL FOR MORE ANSWERS AND INFORMATION ON ANY TOPIC

Life-Saving Hair Styling Tools According to Most Women

When a Friend Is in Need, Show You Care With Food