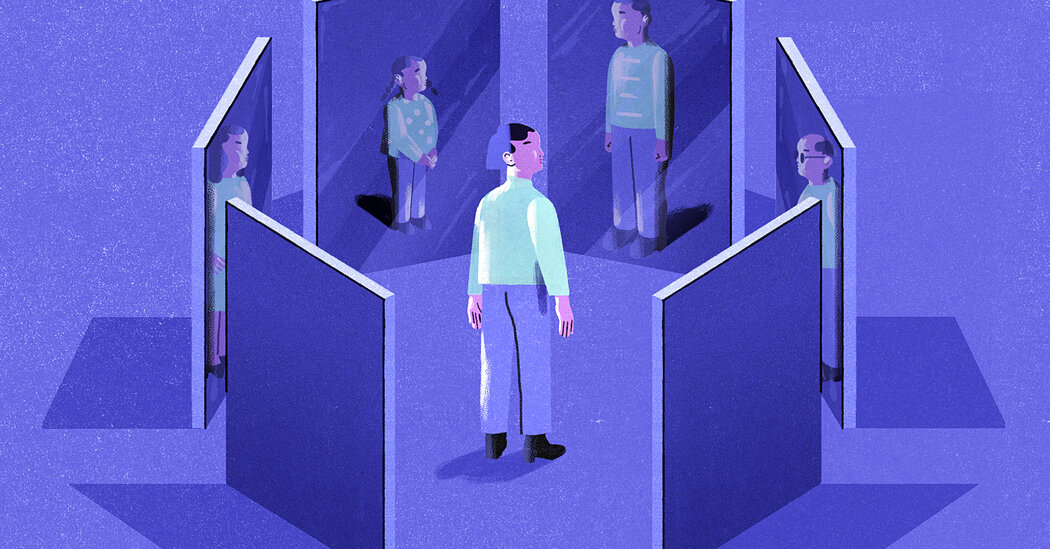 For those with the disorder, when an alternate identity takes over, the person may lose track of time and have no memory of what the other personality did while it was “out.” Ms. Marshall said one woman she treated had an alternate personality who was a shoplifter and when she reverted to her main identity, had no idea how she had acquired all the things in her apartment.

Dissociative identity disorder is both underdiagnosed and often misdiagnosed as depression or anxiety disorder and consequently mistreated, Dr. Spiegel said. Once affected individuals acknowledge that they have a problem, it takes an average of six years for them to learn what is causing their symptoms if they should seek help, Dr. Spiegel said.

Some people with the disorder never do, and somehow manage to live normal lives until and unless something very stressful causes their alternate identities to take over and disrupt their ability to function. For example, Ms. Marshall told me, one person in the film performed well as a company executive for many years until a family trauma so unnerved her that her identities split, very hostile and disabling personalities emerged and she could no longer do her job.

Dr. Spiegel said some people with the disorder “are afraid of treatment or ambivalent about it; they don’t believe I’m here to help them because, based on their history, they see helpers as potentially harming them.”

Alternate identities can also emerge at the same time, as if the person is two people who oppose one another. The identities develop specialized roles, coming out under certain circumstances, Dr. Spiegel said. For example, one identity may “protect” against another that might be aggressive or harmful. The protective identity may think, “I’m going to stay out while so-and-so is around,” he said. As Ms. Marshall explained, people can have one or two identities that act as gatekeepers, keeping the others inside.

In treatment, by identifying and emphasizing the person’s core values and beliefs, the person’s adult identity that enables them to function normally can learn to take over for identities that are distressing or troublemakers, Ms. Marshall said.

Her approach to treatment does not necessarily try to rid people of their alternate identities unless, of course, that’s what they want to accomplish. Rather, she said, they may learn to use their alternates constructively so they can live a normal life as an adult in society.

https://www.nytimes.com/2021/03/22/well/mind/dissociative-identity-disorder-busy-inside.html, GO TO SAUBIO DIGITAL FOR MORE ANSWERS AND INFORMATION ON ANY TOPIC

When Her Husband Said He Wanted to Die, Amy Bloom Listened