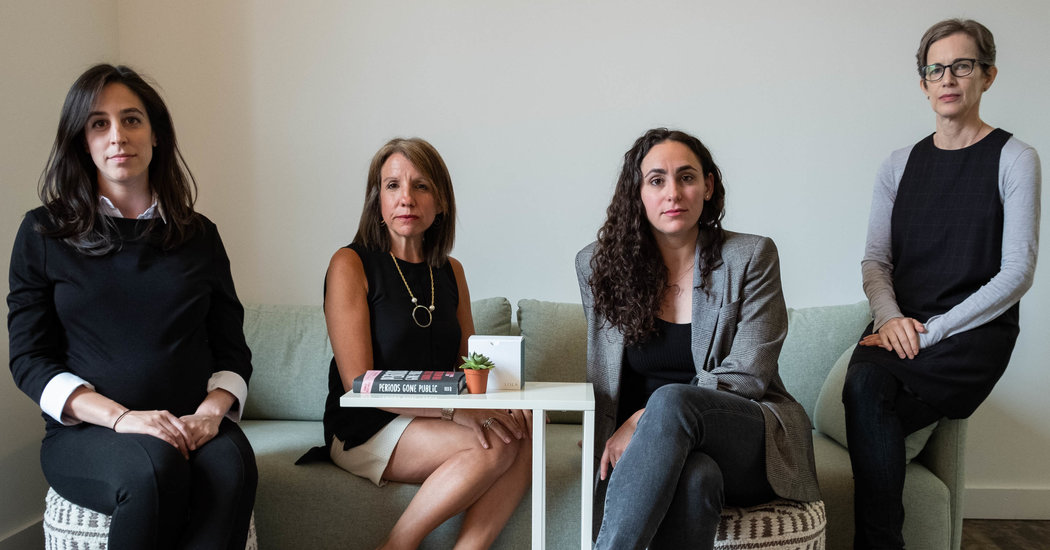 Why are tampons taxed when Viagra isn’t?

That’s the question at the heart of the push to repeal the so-called tampon tax, a catchy phrase that refers to state sales taxes applied to menstrual products, including pads and cups.

Thirty-five states still tax the items, despite momentum to change that. Opponents of the tax argue that tampons and pads should be treated like groceries and medical supplies: They should be tax-exempt because they are necessities. If you buy a box of pads every month for 40 years, they argue, those charges add up, amounting to yet another example of a “pink tax,” a term for the higher prices women pay for gender-specific products.

“The tampon tax amounts to sex-based discrimination,” said Jennifer Weiss-Wolf, a co-founder of the nonprofit Period Equity, which is leading a campaign to eliminate the tax.

But others argue that states need the revenue, and that creating exemptions for individual items is misguided. For example, soap is generally taxed, though most people agree that it is a necessity. Where should we draw the line?

“Every time another exemption is passed, it means the tax rate that applies to everything else will have to increase in order to generate that same amount of revenue,” said Katherine E. Loughead, a policy analyst at the Tax Foundation, a conservative think tank in Washington.

Despite those concerns, public opposition to the tax appears to be widespread. The market research company OnePoll surveyed 2,000 women in the United States last month on behalf of Intimina, a menstrual cup manufacturer, and found that 67 percent of respondents thought a tax on period products was sexist.

Between 2016 and 2018, Nevada, New York, Florida, Connecticut and Illinois eliminated the tax, while many other states introduced bills to do so. (Five states already had an exemption on the books, and five others do not have sales tax.) Around the world, Canada, India, Malaysia and Australia have nixed the tax, and Britain is on track to do so once Brexit negotiations are settled.

This year, lawmakers in 22 states introduced bills to repeal the tax, but none were signed into law. California and Rhode Island did repeal the tax in their budgets, while Virginia decreased it, and several states took steps to increase access to menstrual products in schools, prisons and shelters.

But the dearth of action on the tax in most states frustrated proponents of “menstrual equity,” a concept that refers to equal access to information and period products. They say they are now exploring legal strategies to challenge the tax, and have invited experts to discuss the tactics at a conference this fall at Columbia Law School.

The director of the school’s Center for Gender and Sexuality Law, Katherine Franke, said she believes the courts will agree that the tax is an unfair penalty on women. (Of course, trans and nonbinary people may also menstruate.)

“What this case really does is highlight a day-to-day way in which women experience discrimination in one of their most basic bodily functions,” she said.

Here’s what happened in some key states

Rhode Island repealed the tax in its budget bill. Representative Edith H. Ajello and Senator Louis P. DiPalma, both Democrats, had submitted separate legislation to do so earlier in the year, as they had every year since 2016. The measure, which would cost around $800,000 a year, was effectively approved through the budget, Ms. Ajello said.

“I never heard anybody say it was a bad idea to get rid of the tax,” Ms. Ajello said. “I just heard some people wonder whether we could afford it.”

In California, Gov. Gavin Newsom, a Democrat, held a news conference in May surrounded by giant boxes of diapers and tampons, and announced a plan to eliminate the tax on both in the state budget. It was a stark contrast to the approach of his predecessor, Jerry Brown, also a Democrat, who had vetoed a bill to eliminate taxes on those items, arguing that “tax breaks are the same as new spending.”

But Mr. Newsom’s exemption will last only two years, in contrast to a law, which would be in place permanently.

“We hope to extend it, but we hope to be in a fiscal position to do so and we want to maintain our prudence,” Mr. Newsom said, according to The Los Angeles Times. The L.A. Times noted that the cost of eliminating the taxes on both period products and diapers was estimated at $76 million per year.

In Maine, the House and Senate passed a bill sponsored by Representative Denise Tepler, a Democrat, to repeal the tax. But lawmakers did not designate money to cover its cost, which was estimated at $817,000 in the next full fiscal year, so it did not advance. It could still be funded next year, at which point it would move to the governor’s desk, Ms. Tepler said.

Ms. Tepler said that she agreed that aspects of the tax code didn’t make sense — for example, she asked, why are diapers taxed when fancy cuts of meat aren’t? She called for a deeper rethinking of sales tax policy.

In Georgia, lawmakers shelved a proposal to nix the 4 percent tax, but allocated funds to provide free menstrual products in schools and community centers in low-income areas.

In Virginia, lawmakers reduced the tax on menstrual products and diapers to 2.5 percent, rather than nixing it entirely. It had been as high as 7 percent in some parts of the state.

Michigan was one of many states where anti-tampon tax proposals failed to gain traction. Senator Winnie Brinks, a Democrat who co-sponsored two such bills, said she was moved to act after years of paying for menstrual products for herself and her three daughters. She said that she couldn’t think of any other tax that was levied on only one sex.

In Louisiana, Senator J.P. Morrell, a Democrat, sponsored a bill to eliminate taxes on diapers and menstrual products. In negotiations, lawmakers sought to combine the measure with tax breaks on firearms and other items, he said. Opponents voiced concern about the cost, and prevailed.

The other states where bills were introduced but did not advance were Arizona, Hawaii, Indiana, Iowa, Kentucky, Missouri, Nebraska, New Mexico, Ohio, Tennessee, Texas, Utah, Vermont, Washington and West Virginia, according to a database compiled by Period Equity.

Ms. Weiss-Wolf and her colleagues say they’re seeking to mobilize legal action around the idea that a tax on menstrual products amounts to an unconstitutional tax on women. Their new campaign is called Tax Free. Period.

She and Laura Strausfeld, the other founder of Period Equity, were involved in a class-action lawsuit to end the tampon tax in New York in early 2016. Later that year, Gov. Andrew Cuomo, a Democrat, signed a bill to repeal the tax, calling it “a matter of social and economic justice,” and the plaintiffs agreed to drop the suit.

Ms. Weiss-Wolf and Ms. Strausfeld are working on the new campaign in partnership with LOLA, a New York-based company that makes organic pads and tampons. The tennis superstar Serena Williams, who is an investor in the company, said in a statement that she was proud to support the campaign to “end these unfair policies once and for all in the U.S.”

“A tax on periods is wrong,” Ms. Williams said. “Telling half of the population that their needs aren’t important is wrong.”

https://www.nytimes.com/2019/07/12/us/tampon-tax.html, GO TO SAUBIO DIGITAL FOR MORE ANSWERS AND INFORMATION ON ANY TOPIC

He’s Never Going to Put Away That Shirt

Maintaining your eye on the win